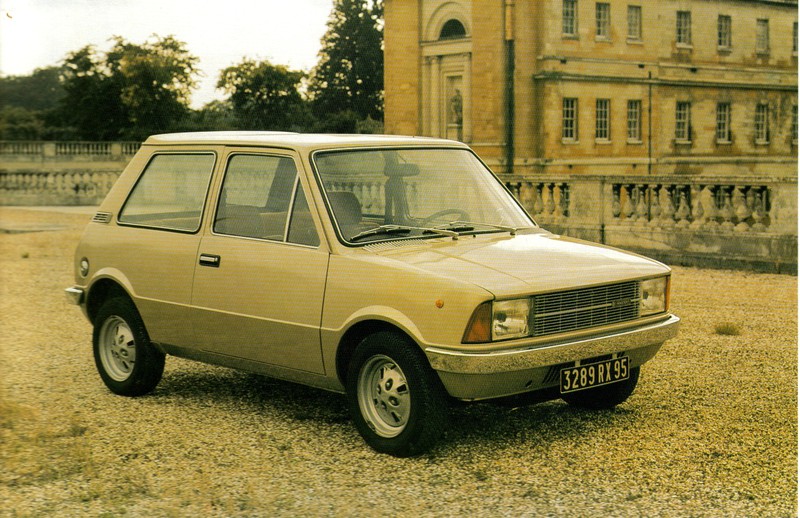 The 1970’s can be seen as a bit of a lost decade when it comes to cute cars apart from this – the Innocenti 90/120L. Innocenti’s association with BMC began in 1960, producing cars like the Austin A40, 1100 and more notably, the Mini under licence for the Italian market. Innocenti’s versions of BMC models tended to be plusher; the subtle restyling undertaken often appearing better judged and executed than those of their UK counterparts.

In 1972, BLMC bought the company and with hot-shot MD, Geoffrey Robinson at the helm, the 90/120L was conceived. Based on the floorpan and mechanical components of the existing Mini, and therefore of similar dimensions; the Bertone designed hatchback was launched at the Turin motor show in 1974 and it was exactly what the European market wanted.

It remains uncertain as to whether BLMC had any serious intent to import or build the 90/120L under licence, but it certainly would have shaken up a few entrenched souls at Longbridge. However, just as the car was getting its first public airing, the tottering BLMC empire collapsed and in the carnage that followed, Innocenti was sold off and the little Bertone-bodied hatchback never made it to the UK. It would remain a pleasant if poignant sight for travellers, right up to the car’s demise in 1993, after a 19-year lifespan.

Having established that soft forms and small dimensions often produce cute cars, where does that leave the squared-off Innocenti? Despite being somewhat of the school of sharp folds and delineated creases, Bertone’s styling manages to skirt a deft path by appearing substantial and solid, yet light, compact and planted. The key here is stance, proportion, and tension; all of which are excellently judged. The look is modish and functional; yet friendly and with its four-square stance, assertive.

But because of its pert dimensions, generously glazed canopy and neat detailing, it also passes the cute test – with honours. Had this been the Mini’s modish, more upmarket brother, British Leyland would have had a modern, stylish small hatchback to sell, in the teeth of the oil crisis and a good five years before the Metro. Instead we got the Mini Clubman. But shooting yourself in the foot repeatedly was something of a BL speciality, so it remains another great what might have been in that most torrid of automotive suicides. Meanwhile, the 90/120 aptly demonstrates one key point. There really is no substitute for a good Italian tailor.