How much fun do you really get out of driving like you stole it? 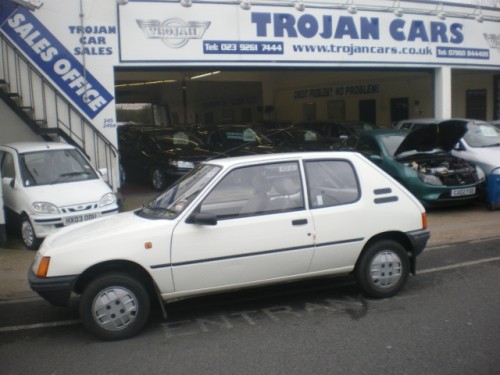 Speed is a measurable quantity. One of the characteristics of the modern age is the increasing dominance of quantity over quality. I see the two as dependent parameters, as necessary as the left and right wing of a jet. In the spirit of the times motoring journalism in recent years has tended to focus on the measurable and to underplay the quality of speed.

Perhaps more precisely, they underplay the quality of motion. If you take the time to read a review of almost any very fast car you can find shards of statistics but very little intelligible insight on the character of the driving experience beyond attempts at subjective descriptions of on-the-limit handling.

You might be informed that “you can really throw it into a bend ridiculously late and expect it simply to bite at the apex” and “there’s less of a sense of it sliding into oversteer”. There’s not a lot you can do with this sort of description. It could be applied to quite a large number of moderately fast cars or almost anything driven on a road that was twisty enough.

One of the most entertaining cars I ever drove was a poverty-specification Peugeot 205 with four-speeds and a 1.0 litre engine. It wasn’t so much painted as whitewashed. I hurled around the depths of the country at what were modest speeds but with enjoyable (and also sometimes rather dangerous results). The car was flimsy and noisy which meant I was not disconnected from the world outside.

Zero to sixty was probably glacial by today’s standards but if you played the game of keeping the car at around sixty on a suitably challenging road the results proved memorable. I am lucky I survived the car. What made the speed enjoyable was the quality of the steering and the very poor grip. In quantitative terms the car was a dead loss. The seats were great.

At the other end of the spectrum I once took a 2.8 litre V6 Audi A4 for a spin on a bit of autobahn and found myself only terrified, with sweating palms. And when I attempted to put the car through its paces on some mountain roads I felt like I had a speed boat on a mill pond. There wasn’t enough road ahead of me or at the sides.

At the time it was the most powerful thing I’d driven. But what was agreeable about the car had nothing to do with the performance, more to do with the smoothness of the engine and the nicely finished interior. Overall, the car bored and frustrated me. Of course, such a car is not intended for black-top gymnastics. It was a means to propel businessmen from Hamburg to Eisenach at a high top speed: once settled at 160 kmp/h the driver settles back and listens to some music and watches the kilometres tick off until the next refuelling.

My current vehicle has no pretensions at speed. It’s a 2.0 litre family hatch getting on for 25 years old. It will do a hundred miles an hour and I often used to push it at these speeds for hours on end. Looking back I got little out of those high-velocity trips. I arrived exhausted with a fuel warning light nagging at me. Lately I’ve decided to keep the car at 55 mph and my driving life has improved immeasurably. The game I play is to keep things as smooth as possible: acceleration, gearchange, braking, steering. If possible I don’t use the brakes at all, leaving them to mop up the last few drams of momentum as I glide to a halt.

Speed has dropped out of the picture for me and in a way it’s like being freed from having a madman chained to my wrist (I think that was Socrates who coined that, on another topic). The same technique I have applied to anything modern I am driving. Life seems to be a lot easier now. Of course, these might be the musings of someone being enveloped by middle age. By the same token, the almost irrelevant focus on top speed and the shape of the handling envelope might also be the obsessions of writers disconnected from the reality of speed and the fact the people who drive the fastest in ordinary life aren’t those you’d like to spend time with.

I don’t have a manifesto but a suggestion that the focus on speed has been to the detriment of the understanding of the rest of the car. Cars aren’t only engines and wheels but a multitude of other bits, answers to specific problems. In the speed-focused review, the car is just a thing fuzzily surrounding the driver, a reductive approach which makes cars less, not more interesting. You may as well consider a painting by David Hockney from only the amount of paint applied.