How to define a car 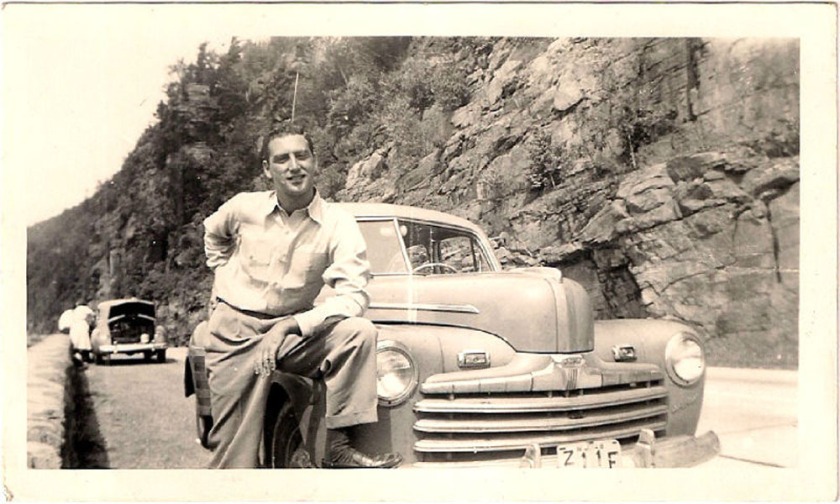 It’s hard to explain this to people who view cars as polluting, selfish devices, that kill, maim and generally mess up lives. And it’s equally hard to explain it to people who see cars as pure, powerful pieces of engineering, that mainly offer them control and prestige. But the car is a flawed but hugely romantic device, and that has been its true enduring strength.

What defines a car? For some it’s outright speed, or acceleration. For some status. For some it’s sheer practicality, for others it’s individuality. For some it’s handling, steering feel, lightness of touch, whilst others want weight, bling and intimidation. There are so many criteria for what makes a good car and, if you are trying to explain why you like a car to someone else, it’s tricky. Watch their eyes glaze as you lasciviously trace the curve as the C pillar kinks round the inset vent to join the rear wing. See them shuffle with embarrassment as you present one fisherman’s yarn too many about lifting the front wheel in Tesco’s car park. Risk them questioning your manhood as you mime the ingenious folding mechanism of the rear seats in your MPV.

I’d like to think I was a pretty liberal sort but, on a bad day, I can be as high-handed as anyone when judging your taste in vehicles. So you’ve got a Veyron? Why On Earth? You trot out the same old stuff – a paragon of engineering, the exquisite lines, the ability to take you to subsonic speeds, buying into a wonderful heritage. Now I don’t believe a word of that, and you don’t believe a word of my rebuke but now comes my killer question. Where do you go in it? Really, at least if you live in Europe and, I suspect, practically anywhere else, I don’t think you could impress me with your answer and, for me, that is the true condemnation of the Bugatti. It doesn’t have a Journey.

Every car of worth has a Journey. That is a single, achievable trip that defines it, that gives it depth and substance. Not every owner of the same car has the same Journey yet, if they tell it to you, you will nod in understanding. They might have actually managed that Journey, it might still be a goal but what marks it out is that it fits the car in question. There is no absolute Journey that is all things, to all cars, to all owners. If you found a Ferrari 330GT or a Bentley R-Type Continental in your garage, it might actually be that clichéd high speed trip down through France, an hour for a quick lunch then cutting across into The Alps and ending up on the waterfront at Monte Carlo in time for dinner. But, for most, The Journey is something more arcane, more personal or, even, more prosaic.

For some of the cars I’ve driven, what journeys defined them for me?

For a Renault Five it was a trip to Budapest and back one January. For a Peugeot 305 Estate it was a fast trip in rain, three-up and heavily laden, to catch a ferry to Ireland. This was a modest workhorse of a car and it did everything that was expected of it and more, arriving against all expectations just before the gates came down. For a Citroen Berlingo it was an early morning run from London to Cornwall which made me wonder why anyone who wasn’t either very rich or obsessed with the things would bother spending more on a car.

But I’m the latter so, for a Citroen SM, there have been several journeys that fitted its unique character – a sunny morning’s trip along a near-deserted E26 in North Germany, travelling from Hamburg to north of Berlin with the engine’s timbre coming through as we accelerated away from a series of roadworks comes to mind, as does a Christmas drive down into snowy Alsace and a cross-country drive back to London from the Welsh Border – but really I don’t think I’ve actually found the SM’s Journey yet, and maybe I never will. I’m OK with that, I know it’s there, but some cars, whilst still being desirable, are enigmatic challenges, keeping their true Journey hidden.

Others wear it on their sleeve. A Range Rover just begs to be driven to North Wales. A Nissan Figaro needs to end up parked badly near South Molton Street. Practically any Audi’s true destiny lies in a dash to a conference centre in Dortmund, or Sheffield, or Seattle, or Lyon, or Guangzhou, its driver emerging fresh and neat, Blackberry in hand. For a Volvo 740 Estate, it’s a drive to IKEA for more flat packs than you thought possible. For a Chrysler 300C, it’s a trip into the Nevada desert with a spade and a banging noise coming from the trunk. For a Wolseley 16/60 it was a visit to the Rotarians every week for 32 years. For a Citroen Picasso, it’s you and the family on a sunny Bank Holiday jaunt to Weymouth. For a Caterham Seven it’s down to the first roundabout and twice round it whooping loudly. For a 1955 Citroen DS and for a 1999 Fiat Multipla the Journey was to the 21st Century, but an alternative one where people actually looked to a logical future, not the intolerant, indulgent, self-conscious mess we find ourselves in now 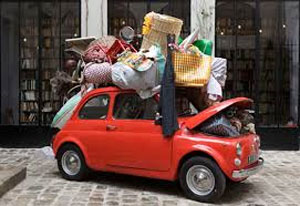 Many cars, though, don’t have Journeys, however long and deep you search. You might have a memorable journey made in a particular car, but did that car actually contribute uniquely  to its quality? No? Then the car fails. It is possibly too bad, but more likely too good, too outstandingly competent in all areas to afford you a memorable journey and, thus, to engender any affection at all. It’s a pity but, as cars are becoming more ruthlessly efficient agents of transport, so are the journeys on offer becoming less special and less memorable.

One thought on “Arriving – Or Just Travelling Hopefully?”