Mini raised every enthusiast’s hopes to the stratosphere with their 2011 Rocketman Concept, only to have them burn up on re-entry.

At the 2011 Geneva Motor show, MINI debuted the Rocketman concept and from Palexpo to Phibsboro, Mini aficionados wept with relief, because here at last was a proper Mini-sized MINI, rather than the lumbering behemoths that were actually available for purchase.

Dimensionally similar to the original Mini at just over eleven feet in length, its carbon fibre construction, novel door arrangement and 2+1 seating layout intrigued, as did the interior, which was pared back to the essentials. Rocketman’s overall form was pert and well proportioned, even if some of the show car gimmickry lurched into pastiche – to say nothing of the Elton John tribute-act name.

The concept was a huge critical success, lending Mini’s design team under Anders Warming a degree of kudos it had hitherto lacked, given the critical drubbing levelled at the core range.

All of which evaporated when parent, BMW announced in 2012 – (having shown a specially prepared edition for the London Olympics) – that Rocketman would not get his shot at orbit. It would cost too much they reasoned, claiming it would require a bespoke platform and crash structure to make it viable. Cue bitter disillusionment from the massed ranks of global Mini enthusiasts. 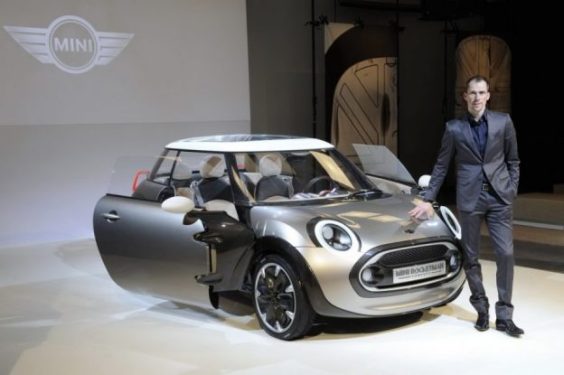 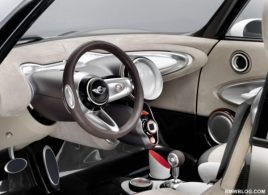 Two years on and a page appears to have turned. According to a report in that bastion of credible motoring journalism, Auto Express, MINI design director Anders Warming seems to have suggested that a version of Rocketman could see production after all. He reportedly told them, “For sure, a MINI should always be a small car, so [a new city car] would be appropriate for the brand… At the moment, we don’t have the right tech solutions, but we are working on it.“

Auto Express went on to speculate that it is possible BMW will expand their relationship with Toyota, who could provide a shared platform from the IQ model to underpin the new model, which could be made from aluminium to save weight – if not cost. Certainly, this could provide a fast track to developing such a car, but why the sudden change of heart, if indeed there is any truth in the story at all?

Simply this, BMW may need a response to the forthcoming Smart For Two, developed by arch-rival Mercedes-Benz, and sure to be a far stronger contender than its loss-making predecessor. It would also be in MINI’s interest to offer a smaller, highly fuel efficient model to help reduce BMW’s corporate C02 figures – and of course, small and hyper-efficient is at the core of MINI’s DNA, so it’s also a question of credibility.

So will it happen or is it just a piece of vapourware cobbled together from a few unrelated quotes from Mr. Warming? Difficult to say, although the fact that most of the major automotive news outlets haven’t touched the story suggests it could be a little piece of wishful thinking from our friends at Auto Express. Which would be a pity, because I think we’d all like to see a proper mini-sized MINI once more – just as long as they give it a half-decent name…