Now that even modest compact cars can be equipped with stitched leather look for almost every surface imaginable, the upper echelons have to up the cow skin ante – to, in some cases, dubious effect.

The recent troubles at Aston Martin have almost overshadowed an event that has become a bit of a rarity in recent times: the unveiling of a rather attractive car coming from Gaydon. The automobile in question, the Lagonda Taraf, is – despite its lavish grille – the most restrained and, it could be argued, tasteful design coming from Gaydon’s most prestigious car maker.

The Taraf’s surfacing is uncluttered, its detailing not overwhelming and the overall proportions are spot-on. An unexpected, yet welcome surprise, one might conclude – before setting sights on the Lagonda’s interior. 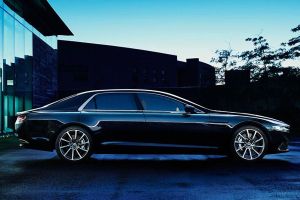 Like the appalling second generation Vanquish, the Taraf’s seats feature welts and stitching that are, aesthetically dubious, to say the least. Fabricating these welts may very well be a masterclass in artisanship that the mass manufacturers have yet to learn replicating – unlike the classical stitching – but effort does not necessarily equal taste.

Bentley is trying something similar with a kind of diamond shaped double stitching, garnering less offensive, yet still somewhat vulgar results, which – of course – leaves it to Mercedes to try and one-up its British technology partner. As the recently unveiled Mercedes Maybach S600 proves, Gorden Wagener is up to the challenge with an interior featuring eczema levels on par, or even besting Aston’s finest efforts. 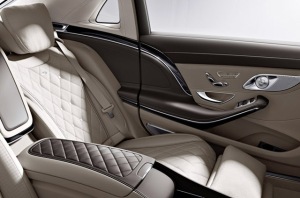 Intriguingly, the company rather more closely associated with brashness than both Aston Martin and Mercedes has yet to join the furuncle game. To the contrary, Rolls-Royce has actually gone to the other extreme and is offering an option for its Phantom Drophead Coupé that deletes any visible stitching and seams from the seats. Which could be seen as the more radical answer to the proliferation of a former symbol of luxury.