A Clever Clown at a Conference of Dull Suits? 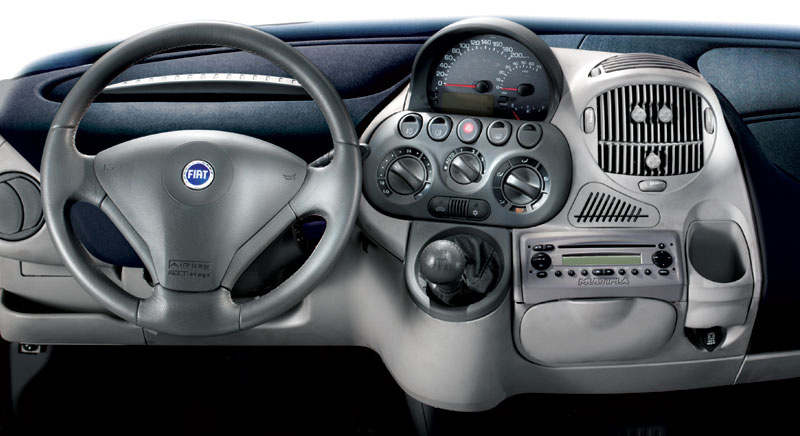 I won’t detail my admiration for the concept and design of the 1999 Fiat Multipla here. Suffice it to say that if you don’t get it and, if you can only go ‘aargh it’s so frigging ugly’, you are wrong. I realise that you are a fine person in all other things but, in the matter of one of the few original and worthwhile cars of the past 30 years, you are sadly misguided.

But here we shall confine ourselves to the Multipla’s dashboard. Somewhere on the web, another misguided soul has posted something on the 10 Strangest Car Dashboards with “If you think the dashboard is ugly, you should see the exterior…..”. But is it strange, is it weird, is it ugly?

To understand the Multipla is to think of a vehicle that has been designed for someone who is totally confident with their lives. That was probably Fiat’s big mistake, since few of us are. This person has no hang-ups regarding car park machismo. They don’t need a battering ram for the school run. They don’t need their lives to look like everyone else’s. They want something that is a coherent piece of industrial design for a particular purpose. A family car. 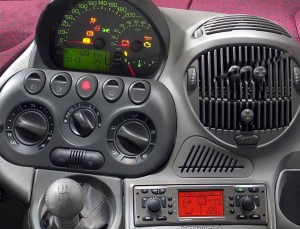 In fact, by my rules, much of it is wrong. Take the centrally mounted speedometer. I cannot deny that it goes against my very fixed convention that a speedometer should exist in the same vertical plane as the driver’s view straight ahead. But the Multipla’s role dictates that you should share your speed with friends and family – big windows, no secrets, do you really want to go that fast Daddy?

All the controls are gathered in a big pod in the centre. The speedometer sub-pod itself also includes the rev counter, a disappointingly ordinary fuel gauge and a simple trip computer. Beneath are all the other switches, gear lever, radio and receptacle for a cup, can or bottle and an ashtray. There is also a useful but odd moulding with 10 diagonal slots and 1 horizontal one which is, I guess, is designed to hold anything it can hold – coins, credit cards?

Much of the lower section is made of adequate grey plastic, but the top horizontal area is covered with a choice of woven, coloured furniture fabric, incorporating two useful closeable bins (for some reason only one on the RHD versions).  This again is not what you are supposed to do with dashboards, but it seems to develop an idea from the Series 1 Espace, which incorporated strips of a checked green and blue fabric in its design.  It is very un-aggressive.

I’m supposed to be a visual artist of sorts, but I can be very slow sometimes. Sometimes you don’t notice something because it never occurs that anyone would dare. Who would design a car air vent that wasn’t businesslike? It took me some time before I suddenly though ‘Duh, it’s a bloody face. And it’s that bloody camp robot from Star Wars. And is that his dumpy mate on the left? Or maybe it’s from Planet of the Apes. Why would they do that?’ And then I realised they did it for the kids. And it doesn’t compromise the function. If you really want to see blue-sky thinking in the po-faced automotive industry, the idea that they would design something just to amuse underage passengers is truly radical.

Strangely, although Fiat contemptibly got cold feet and put through a costly but bland facelift to the outside of the Multipla in a disgracefully short time in order to make its looks more ‘acceptable’, the interior remained much the same.

Yes, I know I have a stupid need to be amused, and a childish attraction to gimmicks and novelties – I love Jaguars rising gear selector and swivelling vents for instance. But I liked the Multipla’s dashboard because it did all those things whilst still fulfilling its intended function perfectly well. It was a perfect antidote to the dour, substandard and joyless copies of the sensible (though admittedly admirable in their own way) products of VAG. 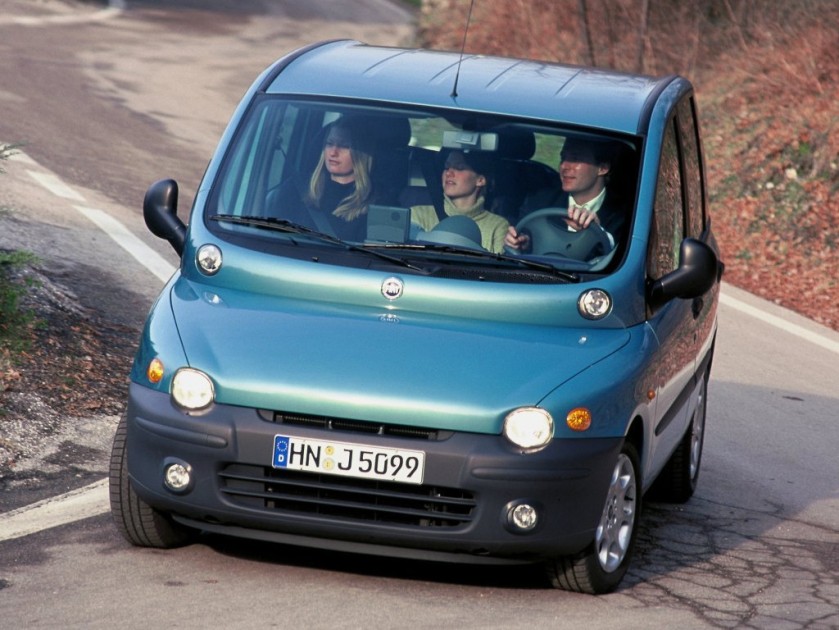