The Editor Gets All Slippery

Before we come to Aerodynamics, we must come to Streamlining. Streamlining is not the father of Aerodynamics, it is the somewhat camp uncle. Streamlining is to Aerodynamics as Gastronomy is to Nutrition. It is more fun. Although based on the concept that air should pass unhindered over the vehicle body, Streamlining was not usually scientific. It was sometimes based on theory and experimentation, particularly by designers with a background in aviation, notably Gabriel Voisin and Paul Jaray, who approached it from a scientific basis, but more often it used the concept that what looked right must be right and, especially when it became part of the language of Art Deco, that as long as it looked right, it didn’t really matter if it was right or wrong.

As far as the motor industry was concerned, it was a fad. For every Chrysler Airflow and Saab 92, there was an upright Packard Eight or Ford Prefect. It was seen as a marketing tool, and often a not very successful one and, as everyday cars got more powerful, airflow became, if anything, even less of an issue. American Cars in the post war period emulated the design of aeroplanes, but this was just to make a connection in the customer’s mind. Streamlined cowls over headlamps hindered, rather than helped, progress.

In France, where taxation classes restricted engine size, Citroen and Panhard did see it as a way of extracting a bit more speed from a car but, really, at first, they weren’t aware of much more than that. The original DS was not as slippery as it looked, though it was improved with time. The GS, SM and CX were considered in more detail and their comparatively low output engines were certainly helped along by a smooth shape that also ensured stability at speed, and their sales were also helped by the good looking bodies that came out of this approach. But generally the rest of the industry was unmoved.

Even in motor racing, where you would expect the approach to be purely scientific, aerodynamics remained in its infancy. In the late Sixties, the fine looking Ford P68 and the original Porsche 917 both looked the part of the slippery racer, but were horribly unstable at speed. Notoriously, the key to the 917’s woes was not discovered after hours in the wind tunnel, but by observing the pattern of dead insects on the bodywork.

It was only in the 1980s, with the arrival of cars such as the W126 Mercedes S Class and C3 Audi 100 that aerodynamics, which looked at the airflow around a car more rigorously, really started being taken seriously by all manufacturers. These cars didn’t see fit to emulate the streamliner profile, but incorporated air management more discreetly into often quite conservative body shapes.

In motor racing, we have moved away from the big picture of air passing from nose to tail. Aerodynamics has become the micro-management of airflow with little grooves, fins and ducts in unexpected places. These work incredibly well but, as we see from Formula 1 today, what works well is not always what looks good. In many cases the hackneyed phrase ‘racing improves the breed’ has become rather hollow, and no more so than in aerodynamics where the need to maintain downforce whilst slipstreaming a competitor at 180mph is not something that you require much on the M25. However, that doesn’t stop the most mundane hatchback sporting a pastiche of a rear diffuser and a front air dam of inappropriate size.

Although efficiency should be looked for everywhere, for some reason the motor industry gets more fired up with aerodynamic shapes when creating cars using alternative fuel sources. Usually conservative Toyota adopted a kicked up fastback for the second series Prius and that company’s and Honda’s recent hydrogen cell vehicles are both styled to suggest aerodynamic competence.  But is it really aerodynamics, or is it just that outrageous uncle at work again?

Ultimately, for modern motoring, how much does it matter? Close your eyes whilst I drive you in a Nissan Cube and, as long as its seats are comfortable, would you notice that you were being driven in a brick? Was the amount of fuel used that huge? Did you get there much later? Be that as it may, this month Aerodynamics is our subject. From the superficial to the essential, from the frivolous to the peerless. We await your thoughts. 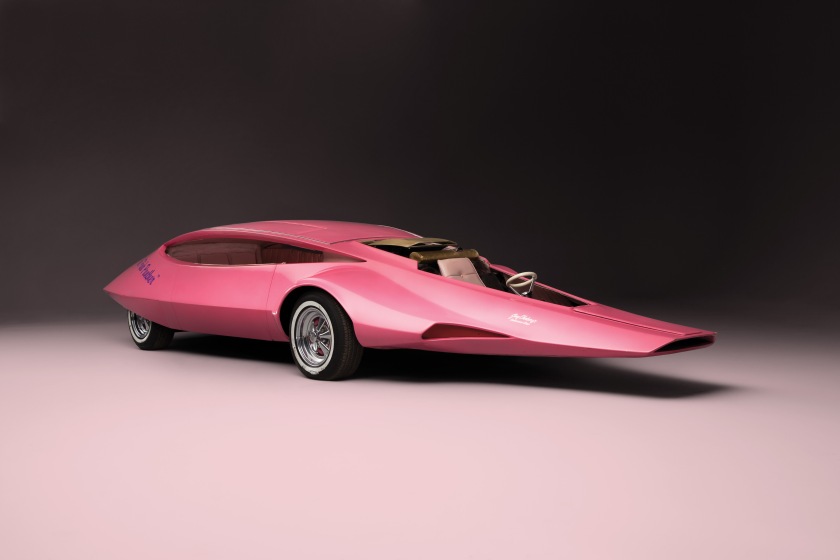