Here Be Monsters : Nostalgia For The A1 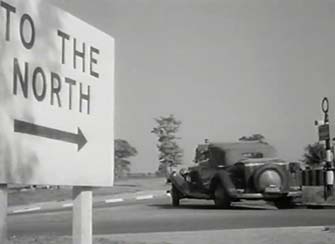 The 1952 British film ‘Mr Denning Drives North’ is supposed to be a mystery thriller, so you’d think it would have been given a suitably mysterious title. And it was. Though its star, the excellent John Mills, was born in Norfolk and was never entirely typecast, his speciality was playing the essentially decent, resilient, middle class Englishman with an accent that is usually associated with what are known as The Home Counties – the Southern counties surrounding London. As such, the idea that he needed to ‘Drive North’ might have suggested mystery enough. Why would he ever want to do that, unless he had to for some, dark, dark reason?

The North/South divide is not confined to England. It exists in many countries and, I’d judge, is far more common than an East/West divide. There are many possible suggestions for why this is, but in part one might be climate. Climate affects character and, in more extreme cases such as Italy, the climate in Naples is very different from that in Milan. Even in the UK, Southerners generally get a softer time than those further North and this, combined with the fact that the Capital city is only about 60 miles from the South Coast, has increased the divide still further.

I was (probably) conceived in the North of England in Stockton-On-Tees, but I was born in a most quintessentially South town, Purley. My parents kept their friends in the North and we visited when I was a child so, although I’ve lived in the South for almost all my life, I’ve always felt a right to claim dual nationality. Therefore, as a kid, I found those signs that pointed ‘To The North’ bewildering. Although too young to analyse it, I knew they were wrong. The North was surely a direction, not a place, but here were signs that pointed to it with authority.

Yet they never reached it. On first consciously travelling North with my parents, we never came to a sign saying “Welcome To The North”. We just somehow, imperceptibly, ended up there and people were talking differently and the countryside was more exciting. How did we get there? Back in the early Sixties, just like Mr Denning, we drove North up the A1, the longest uninterrupted, numbered road in Britain.

The route North evolved from Roman Times when Ermine Street ran from London to York. Ermine Street became The Old North Road, a name presumably given to it in hindsight, which was replaced generally by The Great North Road which developed a more convenient route out of London. It’s interesting that these two were called the North Road, not the South Road. Although all roads might lead to Rome, apparently these particular roads lead from London. In 1921, The Ministry of Transport combined and succeeded these routes to form the A1.

In the early 70s, my parents moved North again for a while and I started driving the road myself. This time, more consciously, I started playing with the idea of when I felt I’d reached ‘The North’. Just after Peterborough, going through Stamford where the A1 kisses Lincolnshire, a tricky section with a bad reputation for fatal accidents I seem to remember, I felt that I’d finally left The South. Ninety miles or so later, once I saw the cooling towers of Ferrybridge Power Station, I knew I was in The North. In between there were The Midlands, the old Mercia, roughly defined by county borders, but partly by the whims of its residents at the North and South extremities. Once you are in Yorkshire, you must be in The North Of England which, on the A1, is near Tickhill. In fact, the A1 goes beyond The North, since it leads all the way into another country, Scotland, scenically round the coast.

For several years, I lived at the foot of the A1, in Archway Road in London. Dating from the early 19th Century and carved through a hill, this gave it a high enough bridge to afford you almost certain death if you jumped from it, thus affording it a most notorious claim to fame as ‘Suicide Bridge’. In the Seventies, with the constant grind and stench of large trucks leaving London, Archway Road could be a depressingly impersonal place to live for some but, for me, there was the romance that it led directly ‘To The North’.

One evening in the early 80s I left a friend at Newcastle upon Tyne and started back for London. It crossed my mind that I should be able to achieve it in under four hours, traffic permitting, and that turned out to be (just) the case. It was a memorable drive since, although by then there was dual carriageway practically all the way, there were still junctions and roundabouts. I have fond memories of that red Renault 5, but maybe it was never the same again.

Neither really was the A1, at least the part of it in England. In the intervening years, the stretches of true motorway or quasi-Motorway, where all the roundabouts have been replaced by overpasses and slip roads, have increased substantially. The A1, once a notoriously dangerous road and home to a large gathering of ‘Accident Black Spots’ is far, far safer, but not faster. Speed cameras would probably prevent me from beating my personal record and I’ve really no problem with that. But it was a characterful road, a route of differences, and that has gone, which is a pity. I’d like to pretend that, when I was piling down it in my little red hatchback, I was thinking of the centuries of traffic it had seen. The real ones – Roman Legions, William the Conqueror’s Assessors, beasts being driven to London’s markets, unsuspecting victims on their way to meet the highwayman, Dick Turpin – and the fictional ones – Mr Pickwick and his friends and, of course, Mr Denning in his Rolls Royce. But I wasn’t – it’s just hindsight that gives me such nostalgia – at the time I was just living my own adventure : Mr Patrick Drives South. 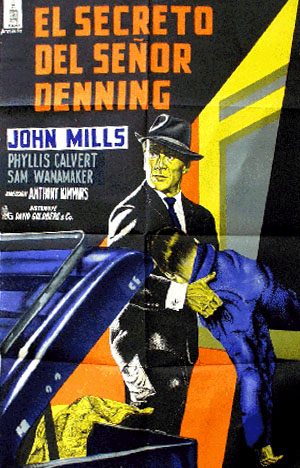