A recent trip to La Belle France served only to remind me of just how dire are our UK roads, and to wonder at how the French can afford to keep theirs in such good condition. 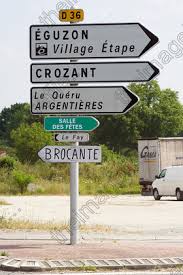 During the Easter period, my family spent 10 days tooling around roads in the very centre of France. There was a real mix of roads: Autoroutes, dual-track roads, main roads (we’d call them A roads), as well as single track stuff and streets around towns and villages. All this was in a new-ish, but humble Megane 1.5dCi hire car. Our base was a pretty (but not fancy) little town called Argenton-sur-Creuse, but we ventured as far as La Rochelle, and in and around La Brenne. It’s fabulously rural (La Rochelle excepted), but the state of the roads is anything but that.

First, the roads are not busy. Not at all. Rush hour in Argenton is a relative term. So, there’s no congestion, just free flowing driving, relaxed and enjoyable. You really get chance to analyse the road, the car, the surroundings. And the quality of the tarmac, and the quality of the laying of the roads is astonishing. Truly, even on the twisty stuff around Crozant, not a pot hole was encountered; not once. Even in town. Even on single track stuff. It was like, wow, amazing.

Furthermore, I did not encounter a single reverse-camber; instead, on a bend the road tilted the car into the apex, helping it around with minimal fuss. We came across a road just outside Poitiers which was perfect, and yet it was being taken up and renewed (and I mean a whole stretch between two rondpoints) seemingly just because it was looking a little grey, rather than pitch black.

I came across workmen cutting back the vegetation in the central reservation of a dual-carriage way (several times). All in all, everything perfectly kept and maintained … like new. Boy, was I jealous. I kept having mini-rants under my breath which my better half could interpret. How the bloody hell do they afford this? Seriously, how do they? If I had the time I’d research it: what’s the spend-per-kilometre in France on roads vs. the UK, and where does the funding come from? Do the French really pay that much more per capita in taxation? Do they grit the roads around there? How do they do it and why can’t we have the same in the UK?

Whatever, driving was a real joy and the state of the roads an absolute marvel. British roads are crowded and, moreover, in a dire state of repair: the comparison is shocking and wonderful all at the same time.