We spot a welcome alternative to the ubiquitous ironic Trabant

Probably not an original colour available to the Soviet Nomenklatura, this rather nice, apparently Estonian registered example of a GAZ Volga M-21 was seen parked in the decadence that is London’s Berkeley Square yesterday. The door writing advertises a Russian language specialist London property company. Produced between 1956 and 1970, this has a third series model grille, but the elegantly lethal deer mascot of an earlier series. Nostalgia has given this car a literally rosy glow, but it was of course an awful thing in its time. 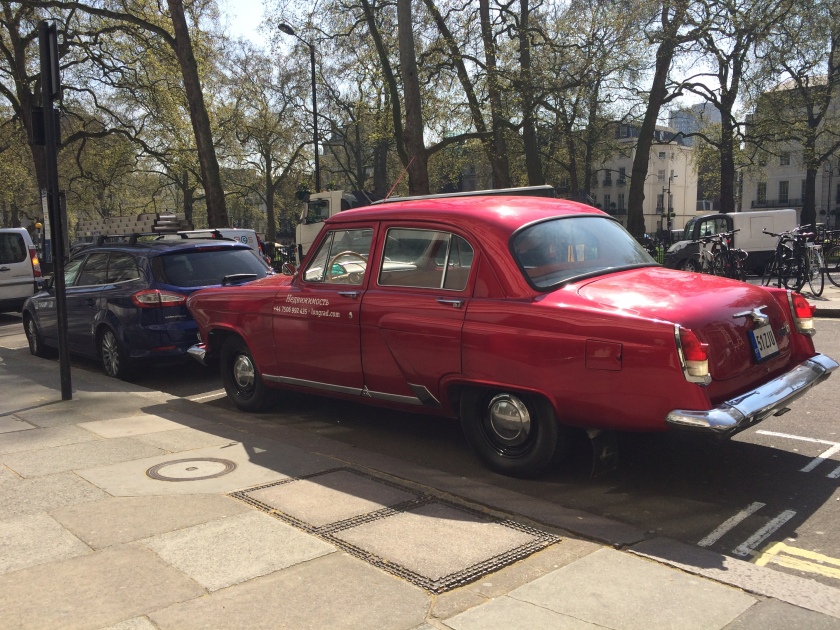 13 thoughts on “Following On From The End Of History”