The other day I wrote as a comment to someone else’s blog bemoaning the fact that car magazines don’t write truly long term tests anymore. This morning, I realised on my drive to work that I had the perfect opportunity to right that wrong.

So, change of working circumstance (and those of this website!?) aside, here’s my statement of intent – to write an irregular progress report on my new Mazda for as long as I keep it. I bought the car as a means by which I get to work and back 3-4 days per week. I live 65 miles away from my place of work, over a mix of the M1, A43 and B4525 (otherwise known as the” Welsh Lanes”). This journey will form the bulk of the miles that I cover in the new car, but there will be exceptions. Previously, this had been the work of my other means of transport, the much referenced Citroen C6, which has become a little too inconsistent of recent months.

Following a pitiful valuation and much encouragement from my family, I have kept “the QE2” as it is known at home, at least for the time being. It feels very decadent and almost ridiculous to me to do such a thing, but I’m managing to keep my frugal tendencies in check. I could have gone for a very grand car on the company scheme, but I made a vow a while ago not to do such a thing as it feels like a level of tie and commitment to an organisation that I just don’t want anymore. And, in any case, I don’t want/ need anything as obvious as a 6-Series GC, I’d rather indulge my interest in something a little more thoughtful. 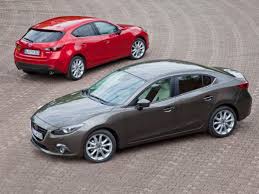 I have thought the new generation of Mazdas rather striking from the outset. The CX-5, then the Mazda6 … by the time that the 3 was launched, it was becoming clear that here was an emerging range that is designed with confidence, cohesion, but with enough differentiation between the models in the range to avoid the “Russian doll” effect so obvious elsewhere. The subsequent Mazda2 and CX-3 have confirmed my opinion of a very nice range of cars that feel like they have been conceived as a whole.

Furthermore, I like the idea that there is this rather plucky (that’s the wistful romantic in me), independent manufacturer that has picked itself up from its divorce from its previous US alliance partner, and is making interestingly designed and engineered cars, and somehow, doing it better than before. Dare I say that, in this respect, Mazda seems to be succeeding where the likes of SAAB and MG-Rover could not. I’m sure that there are many mitigating circumstances in their respective cases for this, but, from where I have been sat, in the case of Mazda there has been less of the noise and theatrics, and, instead, what looks like a well thought-through plan that has substance and backing.

So, the Mazda3 caught my eye and enthusiasm from launch a couple of years ago. When I ventured into a local showroom (conveniently opened in my town about 3 years ago) and picked up a brochure, I immediately clocked a very nice saloon version, which, for some daft reason is labelled “Fastback”. I have not heard the latter term since the days of the Rover 800 “hatch” of the same moniker, so was immediately confused. Anyway, I am a sucker for a small (actually, it is not that small) saloon, and quickly honed in on it as something of significant intrigue and potential.

It is interesting when this happens as, sub-consciously, one then finds oneself noticing them on the road. The saloon is clearly outsold significantly by the hatch, but there are quite a few about on the roads, and I found myself liking them, albeit I noticed that spec was quite important as the design needs the larger wheels and is well set off by the small rear lip spoiler that sits on the boot – these only come with the top, “Sport Nav” specification. See how the mind creates its own configurator … In the brochure “Titanium Flash” caught my eye as an interesting colour, although for a long time I did not spot one in that colour out there on the road, and I think that I might be in a Lib-Dem scale minority on that one.

Obviously, I looked into alternatives, such as the A3 saloon (which I admit to liking enormously, especially from a styling perspective, but a like-for-like spec would cost c.£8k (or some 33%) more, and it does not tickle my “alternative” predilection), the Jetta, the Mondeo (to which I gave a lot of thought, but it’s bigger than I wanted this time, and is a hatch only apart from the hybrid), the Mazda6 (nice, but too big), and the KIA Optima (of which I very much like the looks, but rejected having sat in and driven one).

The fact is that there aren’t that many “small saloons” out there. And, as mentioned earlier, the Mazda3 is not that small at 4,585mm in length; my old 4th generation Subaru Legacy (supposedly from the class up) was only 4,729mm. If I am honest with myself, I think I had become positively prejudiced towards the Mazda by this stage, and still (post purchase) find myself casting admiring glances at a colleague’s dark grey A3 saloon, albeit whilst noticing that his is one of about eight A3s of a dark shade of grey/ black in the car park outside.

Anyhow, the time came about 6 weeks ago when my wife gave the nod to putting the C6 into semi-retirement (as it turned out) and about a nano-second later I was at once on the ‘net to confirm my preferred colour/ spec and also see what might be out there that was “nearly new”. I quickly found cars in the preferred spec that were “pre-registered” at attractive prices, including one in Titanium Flash at a dealership about 15 miles away … it seemed like fate. The only thing missing was leather seats/ trim, but I considered for all of 30 seconds before deciding that I could cope with that.

And so, I find myself with a not-quite new Mazda3. I’ve already covered over 1,500 miles in it over about 4 weeks, and am thoroughly pleased with my purchase thus far. There are three areas I can identify thus far that are weaknesses, and I’ve mentioned elsewhere that I find myself subjected to an astonishing level of brand-snobbery about my choice of car … but, there’s a raft of good stuff and it’s a very engaging and fun car to drive. But, I’m at risk of giving away the plot of what I expect to be my next instalment in that I’m anticipating writing more of a “Road Test” next time.