He’ll never lose it in a car park but, after 4 months, how is Sean’s relationship with his Cube going? 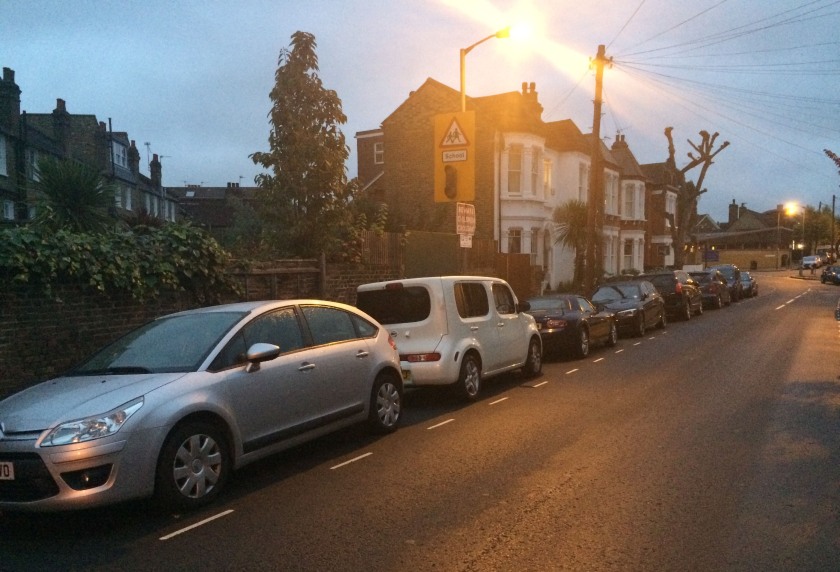 So, how does the Nissan Cube measure up to the classic Cubes of history. Rubik’s Cube, The OXO Cube, the Sugar Cube, the 1997 science-fiction film Cube and O’Shea Jackson, AKA Mr Ice Cube. Well, it has one thing in common with the last named in that it is not truly a 3D object bounded by six identical square faces. But is it in any way exceptional?

My main concern was that longer-term ownership would reveal its interesting quirkiness as being just infuriating gimmickry. This hasn’t been the case. The side opening rear door, though it needs more space behind the vehicle to open fully than a top mounted tailgate, is actually very useful when putting in groceries, etc from the kerbside. The curvature at the corners of the previous Cube’s windows seemed just right, whilst on my model it goes a bit too far, but it’s no big deal. The little references to the concentric circles and waves of Japanese dry gardens and sliding rice-paper screens are subtle.

As mentioned previously, more thought could have been put into stowage – for instance there is a significant void under the non-folding rear seat base that could have been exploited – but what’s there works well. The dash is distinctive, yet practical in its function. The seats are comfortable and well adjustable, front and rear.

Certainly not unique to the Cube, but new to me as a long-term owner of a recent car, rather than as an occasional driver of rental cars, were the likes of rain-sensitive wipers (erratic), automatic headlamps (the only car where I actually forget to turn on the lights at night), keyless entry and starting (actually quite convenient and, as yet, no downside) and integrated phone-satnav-entertainment (ditto). All this is controlled intuitively from an uncluttered dashboard, which makes me ask exactly what all the buttons on a modern Ford actually do?

However its most distinctive virtue, and for me that is a very real and enduring virtue, is its architecture. The airy space it affords me, on what is a decently compact footprint for a car that gets used in a city, is a constant delight. And, that feeling isn’t just the driver’s. Anyone who sits in the rear mentions how surprisingly spacious and comfortable it is. How many Juke owners get that sort of comment from their rear seat passengers?

Compared directly with another box-like vehicle, the larger Renault Kangoo it comes out well. The Kangoo is based on the longer platform of the old Scenic, whilst the Cube’s is that of the Clio and Micra – there was a longer wheelbase Cubic available in the previous version, but not the current. Our work Kangoo is a diesel, so maybe that’s unfair, but mechanically the Cube is the smoother, more pleasant drive. Both cars ride well, but the longer wheelbase of the Kangoo is better over speed bumps.

As a workhorse, the Kangoo is more practical, longer with fully folding rear seats plus passenger seat, but there is no reason why the Cube’s more civilised interior ambience and driving experience couldn’t have been applied to the Kangoo. If so, I might have actually enjoyed our Kangoo ownership – as it is I avoid driving it if I ever can.

Some other reports on the Cube from professional writers (who probably had the car foisted on them by a sadistic editor rather than the long-term M5 that he kept to himself) mentioned feeling rather self-conscious at its appearance. Contemporary motoring journalists are notoriously conservative and, although I’m genuinely not at all interested in people pointing at me, I’ve owned a ridiculous looking Citroen for 20 years so I’ve got used to this problem.

It is significant however that, although I work with people who are aesthetically aware, and although the Cube is viewed as interesting by most of them, I frequently get asked why the rear window is asymmetric. Saying ‘because they thought it would look good’ doesn’t satisfy them and, as someone who believes car design should hint at function, I understand their point. So I might use the side-hinged door as a reason, though of course it isn’t really.

But it seems that even people who aren’t that interested in cars as machines, find it hard to accept a wilful piece of styling – maybe they think that Mercedes’ odd side creases are aerodynamic aids. One person, in particular, assumed that the rear crash protection would be stronger on one side than the other. So, was the Cube’s failure in Europe due to a belief that its asymmetry suggests a lack of serious engineering integrity?

What is more of a problem to me, and one probably connected with the way Cubes and their owners are viewed by other drivers, is that I’ve found the car sometimes brings out the evangelical zeal of my youth, when I considered it necessary to prove the abilities of a Citroen Dyane to perform well beyond other’s preconceptions. As with practically any modern car, the Nissan’s road behaviour is perfectly competent, but its shape belies this.

One of my intents in buying it was actually to curtail the excessive enthusiasm of my Audi S6 driving, so I must stop this. From that you will guess that I’ve done little to honour my vow in the previous report to aim for better fuel consumption figures. Presently the trip computer, reset at the last full tank which is now nearly empty, shows 28 mpg for a 15 mph average speed. That’s not great, but not quite as bad as those of you not used to city driving might think.

I’ve titled this Final Report, though I’ll likely keep the car for quite a while. In fact I might write of it again sometime but, for the present, in the absence of a litany of trim falling off and breakdowns, I’ve not much else to say. So, will there be a Series 4 Cube for me to replace it with? Certainly it’s unlikely for the UK. Their unsuccessful foray in 2010-11, and the Juke’s subsequent success, will have convinced Nissan that we prefer cars that look more chunky and serious and are less functional. Whether there is still a demand in Japan is another matter, but I suspect that it might have run its course – which is a pity.

Oh, and although I’d held onto it until now in case I decided that my Cube acquisition had been a great mistake, does anyone want to buy a 1996 Audi S6 Avant in Nogaro Blue with matching upholstery, full MOT and recently rebuilt top end? I thought not.