The Prisma replaced Lancia’s much-loved Trevi. ItalDesign produced the crisp and timeless bodywork which improved upon the rather coarse and inertly proportioned Delta. END_OF_DOCUMENT_TOKEN_TO_BE_REPLACED

As is traditional after Christmas Day, we get reflective. So much time. So few cars. 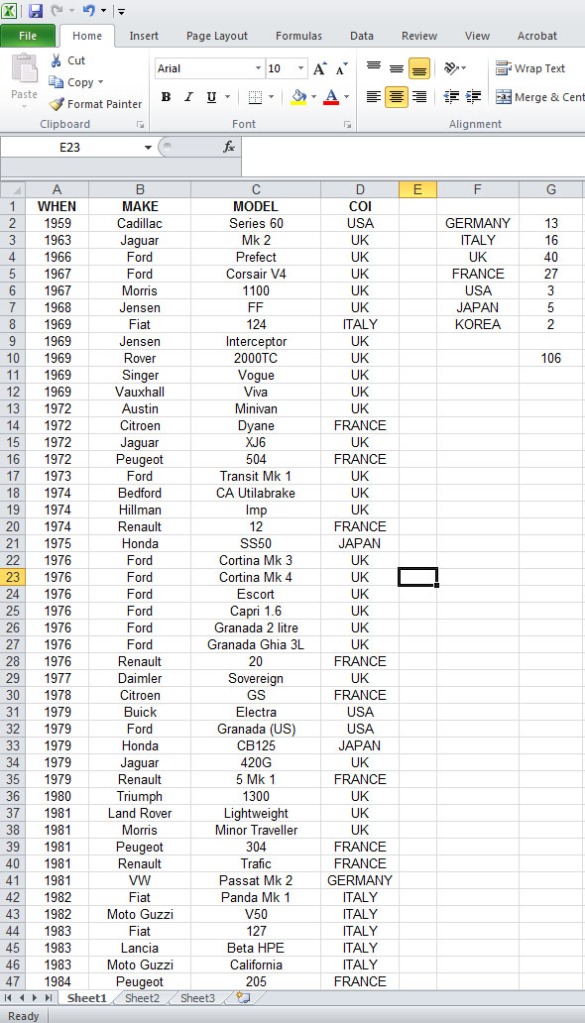 About five years ago, before my memory began to fail me too much, I started a list of vehicles I had driven. By vehicles I meant cars, vans and motorcycles. I didn’t count more than one of any identifiable model (for instance I have driven dozens of Cortinas alone), though I used some discretion with vehicles that were substantially different by having, say, a smooth V6 instead of a wheezy inline 4. Since then, with various acquisitions and hire cars, I have now totalled 106 vehicles.