CMA has helped us to capture something special, something youthful in our new concept cars. They have an energy, a disruptive and engaging urban character that makes them stand out.” So says Thomas Ingenlath (Senior VP Design) about the Concept 40 shown today by Volvo. When I turned my keyboard to this little bit of news I intended to do a short design review. Instead I saw the word “disruptive” thrown into the word salad Mr Ingenlath spouted in his attempts to sound modern, up-to-speed and edge-like (edgy?). Disruptive is a word used by futurologists and fans of Uber and Airbnb to dramatize technology that changes things.

Actually all new technology is disruptive and always has been. But can a car design be disruptive? What is being disrupted by a new form?  The existing forms are still there and 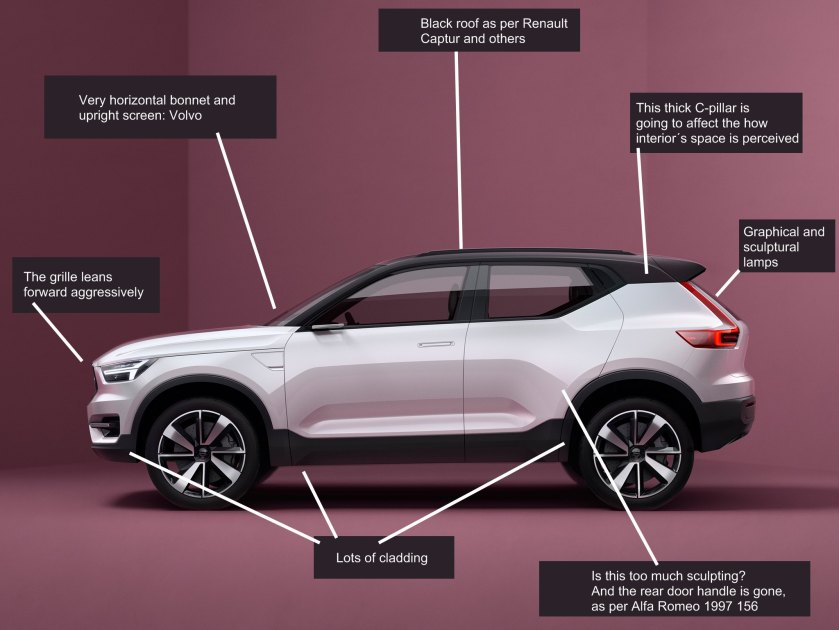 maybe we view them slightly differently. But I don´t think my impressions of the 1997 Toyota RAV-4 or 2013 Kia Ceed will markedly change. No, this word is being used where 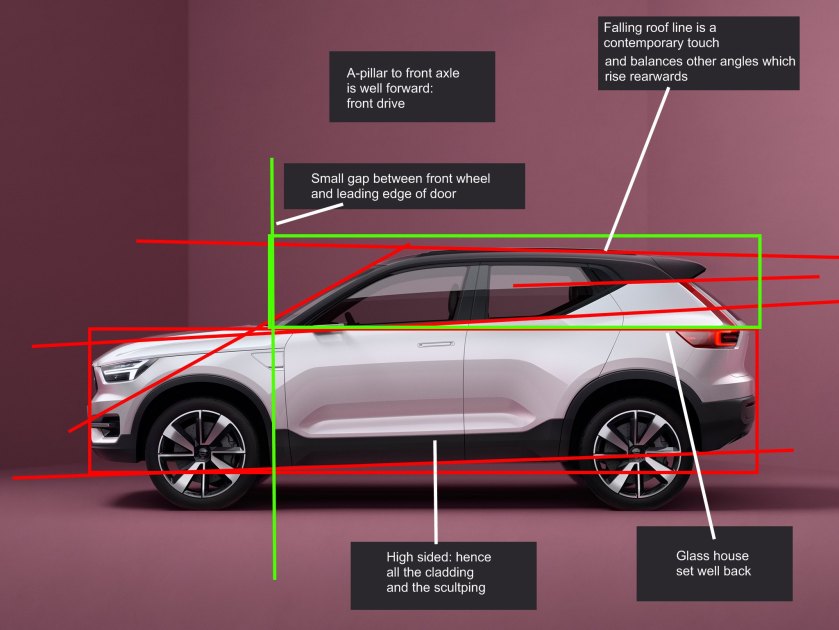 perhaps “DNA” or “edgy” might have been deployed. I expect Ingenlath has been reading Monocle magazine or possibly he leafed through the Financial Times while waiting for a hair cut last month. Here´s the word again: “”By focusing on the needs of urban millennials, we can strike a disruptive blow to a stale segment.” I think that this was the idea behind the Ford Fusion? All that to one side, I do like this vehicle. It is chunky and robust without being as laughably aggressive as the Land Rover equivalent. Were that the C-pillar was less absurdly oversized and perhaps black roof paint is a touch passé.

And this is how the car would look if the C-pillar wasn´t as high or thick as it is (along with the original).

12 thoughts on “Great Concepts But Don’t Let the Designer Speak About Them, Please.”