The headlamps of this car never appealed to me. Gestalt theory explains why.

For a quick resume, Gestalt Theory is about how the mind is disposed to try to make sense of visual data. Your mind is inclined to fill in gaps to make whole outlines, and turn collections of individuals into groups and to pick exceptions from ordered arrays. The mind wants to sort out moving objects from a stable background. In short, it’s the equipment a mind would need to distinguish a moving thing in a complex background.

Commonly, design failures involve instances when the object can be misconstrued or where the shapes suggest something other than what is there. The designer of the Chevrolet Cruze had this in mind:

This shape is the one you’re supposed to notice:

It’s a horizontal oblong lamp with a triangular, secondary form emerging from it. This is the side view:

The designers probably liked the way the wheel arch and the wing line were sorta, kinda parallel. They aren’t really but it’s okay for lines to steadily diverge or converge. This one looks like it’s steadily diverging. 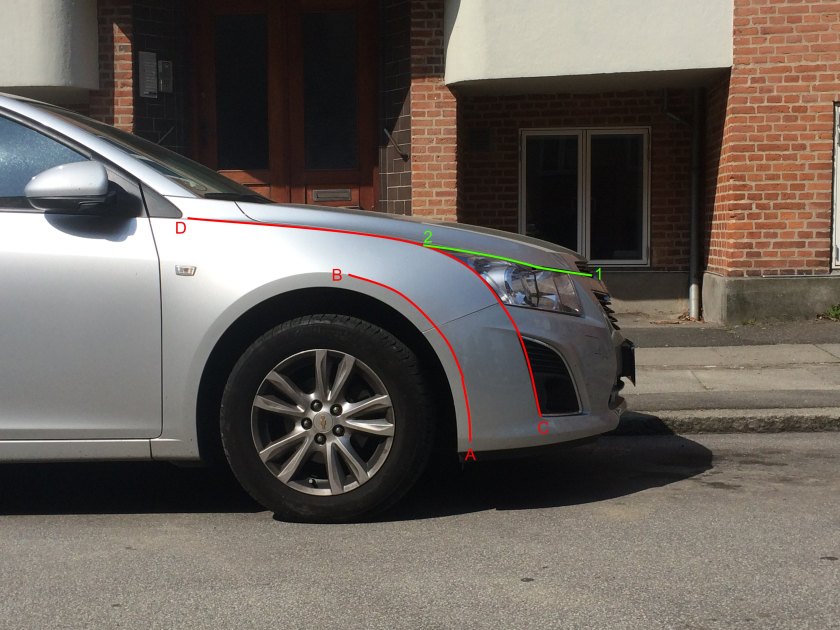 Lines A-B and D-C are the main thing you notice but look at line 1-2 in green. It has a vague bend and I think this line is not a line you’d draw if you were creating a side profile. The triangular part of the lamp is now not clearly a secondary shape. In this profile the gestalt is a deformed oblong, one entity still.

It’s in three-quarter view that the designer’s plan goes wrong. Perhaps she or he saw it as an oblong with a triangular, secondary shape that nicely tied in to the wing and the wheel arch. From a Gestalt point of view one tends to perceive now two forms, neither of which has dominance. Here are those two forms, in red and in green. 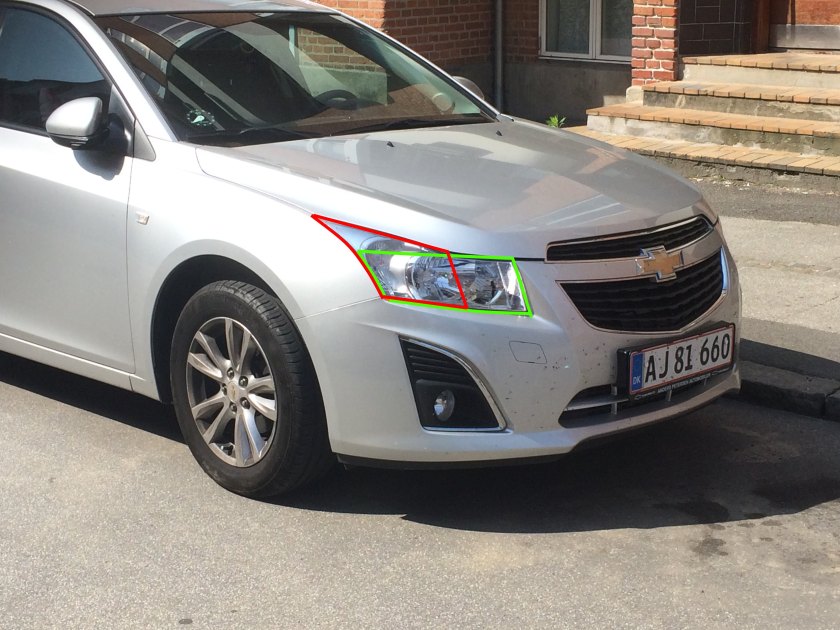 The red outline shows one possible lamp silhouette that keeps the dramatic backward sweep. The green silhouette keeps only the horizontal oblong elements and would have avoided the weird bend in the bonnet to wing. Alas, the curve marked above as D-C is wrecked if the green silhouette is chosen.

With another three months they could have found something without any of these problems.