We looked at the extensive failings of the Avensis’ auxiliary controls this week. This article deals with the rest of the car.

Toyota have been making this class of car for 50 years. The Avensis name has been attached to offerings in the middle market for 19 years. This version is third one to carry the name. They ought to be pretty good at this by now. So, we ask, what is it like to drive a vehicle aimed at a competitive and hard-fought and declining segment?

Tested here is the 1.8 litre 4-cylinder petrol six-speed. It’s a saloon too. The hatchback died with the transition to the third generation. Odd that.

First impressions of the car lead one to expect a cushy, smooth experience. Apart from the annoying headlamp design, the Avensis is distinctive (though the entire group of D-class cars is made up of distinctive cars, isn’t it? Who could mistake an Insignia for a Passat or a Mondeo for a Mazda 6?) and not unattractive. 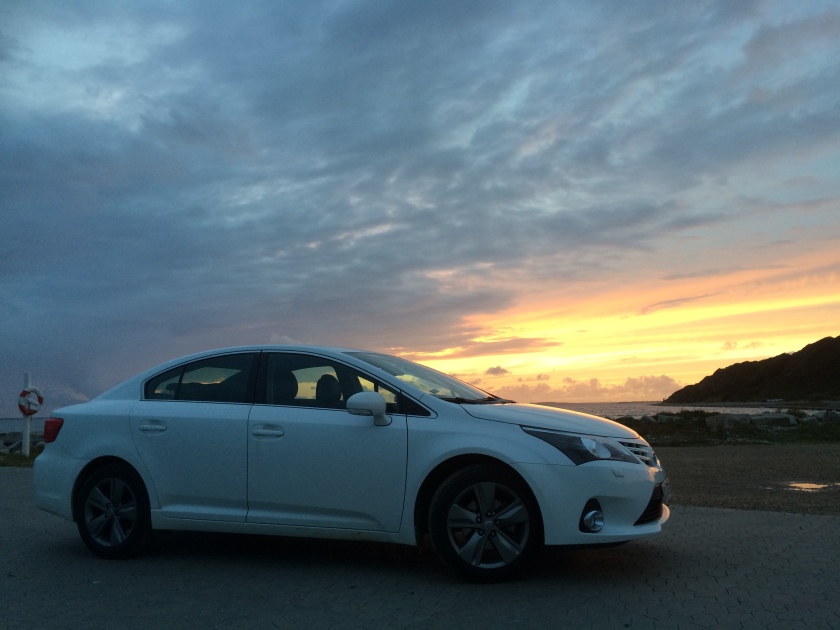 The interior seems inviting (allowing for the depressing greys that are standard for our dismal times). The cloth/leatherette seats feel nice. Chrome-effect bezels cheer up the air-vent orifices (and reflect in the sideglass). Metal-effect plastic (the new Timberlex, surely) lifts the centre console. The ashtray is well located.

In the back one finds a flat floor and lots of legroom. The centre armrest lacks no width. The view forward and to the side won’t annoy adults or children.

Statically, it’s all quite alright then. Then it all crumbles into bits. Toyota said they wanted this Avensis to be the most comfortable in its class. The seating helps that goal. Toyota also wanted sporty handling. You can’t have both.

Driving around town you notice it is comfortable-ish. On a-roads the ride jitters and patters. On motorways the tyres rumble. Only the gravel track and hill climb showed the suspension in a good light. So, by now I’ve addressed Toyota’s claim for comfort and sportiness. It can’t be both and isn’t.

Acceleration is adequate and no more. Discussing turn-in, throttle response and gear changes is redundant. Relevant: snatchiness describes the brakes. I don’t want to exaggerate; none of these characteristics are very noticeable but none are faint either.

The Avensis has a nice big boot. Here it is:

However, the bootlid has a really annoying springing. To lift the lid the springs hurl the bootlid up from rest and it swings away a bit too far. When closing it you encounter a lot of resistance at the final degrees of travel and must use your triceps to push down and this is a very unnatural movement. The lid then clangs shut.

The Avensis designers didn’t sweat the small stuff on the inside. The main problem is detail finish. The door looks okay from afar but has some untidy edges and junctions.

The way this material, sculpting (below)  and joint doesn’t align displeases me. The materials don’t match.

Getting back to driving, we find the Avensis returns 40 mpg. With a 13 gallon tank the range is 530 miles. It takes 1.5 tanks to get from Calais to St Jean de Cap Ferrat. 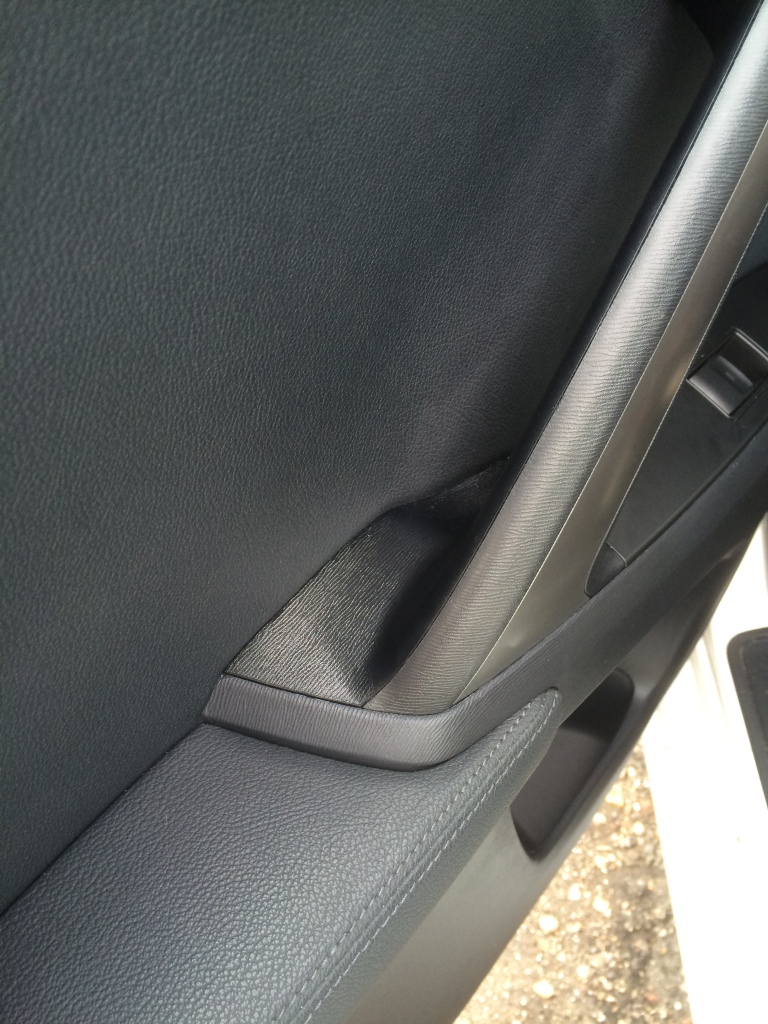 Here’s a clumsy bit of the rear door handle (above) and below that nasty binnacle detail.

Below: a horrid three-part junction on the front door skin.

The headliner has a ragged corner, below.

Below: a messy edge to the passenger door top-roll.

The Avensis overall is a set of rather loosely gathered inadequacies. It’s not very sporty or very comfortable or particularly well-made.

The performance is alright and it’s spacious with a large boot. All that really doesn’t add up to much more than mediocre and it is very, very surprising that with benchmarking the excellent competition and Toyota’s experience that it isn’t vastly better. Added to this the dismal ergonomics I discussed already we find a vehicle that is one to avoid.

Here’s the sun setting on a car that may yet go the way of the Camry.

Neither sporty nor very comfortable nor all that attractive: you could wonder how they sell any.