The Miura: Where do we begin?

I’ve recently written about one Italian car’s 50th birthday, the Fiat 124. Now I will try to write about another 50 year old, from the other side of the tracks, the Lamborghini Miura.

Actually, here we are on the second paragraph and this is already threatening to be a labour of duty. Certainly, other DTW stalwarts wouldn’t go near the subject when there are still XJ40s and Astra Fs left on our roads and I admit that so much has been written on the car that I wonder what else I can say. Hell, I can’t even think of a title that won’t have been recirculated ten times or so.

I remember someone saying to me sometime in the 1970s that he couldn’t listen to The Beatles any more. Not because he actually thought they were bad, and not because time had passed them by, but because they had become so lauded that it was impossible to be either objective or subjective about them. That made sense then, and my attitude to the Miura is probably much the same.

For me, my window of Lambo-enthusiasm was quite small. The first Lamborghini, the 1964 350GT compared unfavourably in my juvenile eyes to the then predictable benchmark of a teenage Brit, the Aston Martin DB5. But the Miura got my full attention, as did the Marzal prototype and the Espada was a fine thing. Since then, which I regard as Lamborghini’s best times, when they were young and fearless, I’ve never looked at their subsequent cars with anything other than a dispassionately objective eye. Though, looking in the other direction, I have radically re-assessed my view of the slightly baroque 350GT, which now vyes with a Bentley R-Type Continental at the top of my unlimited income car collection.

For me, a true interest or understanding in what went on underneath a car’s skin was still forming in 1965, and the display at the Turin show of the running chassis of a car with a V12 engine mounted behind the driver passed over my head entirely, so I wasn’t sitting in anticipation when, the following year, this astonishing car was released in Geneva. Like many, I was immediately struck. 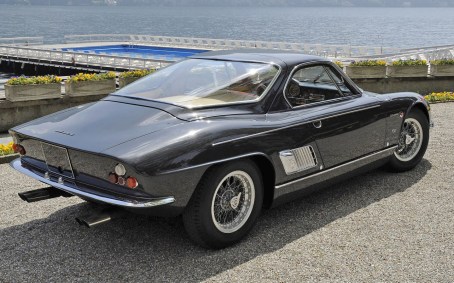 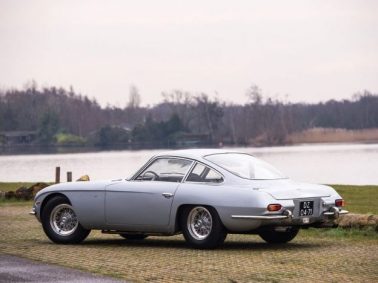 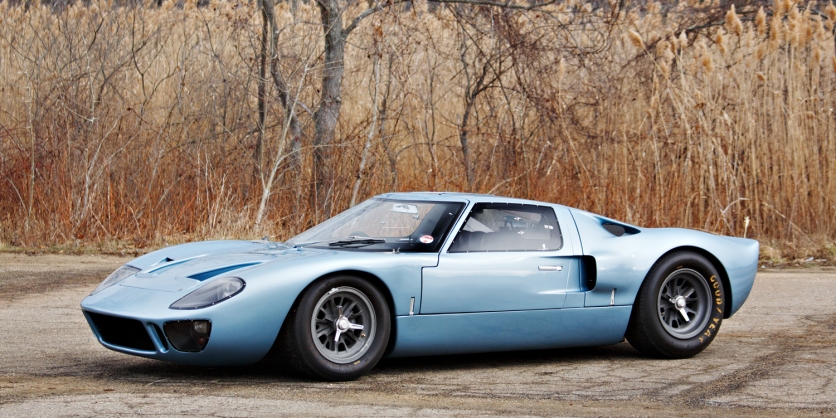 There were roadgoing versions of the Ford GT40 as well as the Ferrari 275LM but, really, they remained racers at heart. If you’re looking for a template for the contemporary road-going, mid-engined two seater, with a V engine mounted longitudinally behind the driver, then you can consider the ATS 2500GT, introduced three years before the Miura. But with only 12 made by a group of disgruntled ex-Ferrari people, this was a victim of hurried development and lack of finance and, so, Ferruccio Lamborghini’s showmanship and business approach ensured that today’s road-going, mid-engined supercars can take the Miura as their conceptual ancestor, because it was the one that caught the public’s imagination. Everything about it, from to the yellows, oranges and greens offered as paintwork to the roof mounted switch console, seemed perfect for the time.

After years of debate, and seeing whatever early concept sketches there may be, it has been agreed that the design as we see it today is Gandini’s work and, in its original form, it is masterful. It’s hard to realise that it was produced only 2 years after the 350GT. It has a delicacy and a wealth of pleasing details. Few cars are really clean sheet concepts and the stance of the Miura has much in common with the Ford GT40, though the fact that it was being designed strictly as a roadgoing car, bearing in mind Ferruccio’s antipathy to racing, meant that its lines could be more aesthetic than aerodynamic.

The BMC Mini is cited as being highly influential but, when looked at objectively, the everyday cars that really followed its template of transverse engine and in-sump gearbox were few. Peugeot used it successfully for the 104, 204 and various descendants and variants and there were, of course, Issigonis’s larger creations. But, far more exotic than these, with considerably more cylinders, was the Miura. In hindsight, the teaser unveiling of the transverse V12 in a bare chassis, the sort of drip-feed release you didn’t really do in those days, was brilliant, though also essential since, without the positive reaction, Ferruccio would never have proceeded.

During its seven year life, the Miura got more power and received other modifications including, for what is objectively the best version, the SV, losing its headlamp ‘eyelashes’ which, despite some people finding them a little too cute, I’d always considered an essential part of Miura-ness. For the last two years of its life, its card was marked by its eventual successor, revealed in prototype at Geneva in 1971.  Also styled by Gandini, the Countach ended up being far from delicate though, in its unspoilered and unvented concept form, it maybe seems less of a strident jump away from the smoothness of the Miura.

But was the Miura any good? Wisely, Lamborghini kept out of racing, so there are no stunning victories or defeats to point to, everything is opinion and it’s initially hard to judge today. Being tall with a chronic back problem, I imagine that its cramped interior and skewed driving position would distract me incredibly. This is a car loaded with myths accrued over the years, and journalists often approach it either with the idea that it is an icon waiting to be toppled or, conversely, that it is going to be awful and they end up being pleasantly surprised. Even owners, who have time to adapt to its strengths and weaknesses, will differ. Some will say it was the most over-rated car they ever owned and scary at any speed over three figures, others love it. Of course anyone who drives any old car today has no idea whether it has been maintained in a way that gives you an accurate idea what it was like when it left the factory, so it’s to old road tests one can look. Even allowing that there were few direct benchmarks to hold up such a radical concept to, and discounting its minor flaws such as weak headlamps and ventilation, few at the time had anything bad to say about it save a ‘lightness’ at high speed. Otherwise it was an eye-opening introduction to the sort of roadholding and performance that they had never before experienced, but which you might, of course, find today in a BMW X5.