It’s Spring 1981, and I’m in Charlottenburg, on the western edge of the British Occupied Sector of West Berlin. 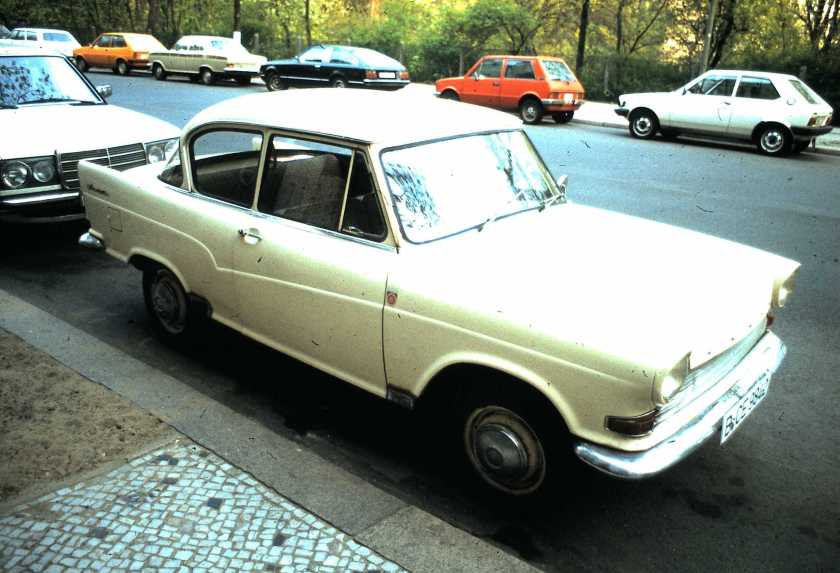 The picture is taken on Wundtstraße at the edge of the Lietzensee. These names are still powerfully evocative of the time I spent in Berlin, half a lifetime ago. German big city carscapes are, in my experience at least, underwhelming. The urban dwellers’ favoured cars are small, cheap, usually French, Japanese, or Korean, and very old by British standards, but not quite old enough to be interesting.This was certainly the case in West Berlin at the time of the photograph, in spite of its extraordinary status as a virtual ‘island’, an outpost of the west deep in Communist Europe.

With the passage of three and a half decades, every car pictured here has a richer significance. They have played out their role, and contributed to the greater narrative and the evolution of their species.

There are two cars here which are ‘out of the ordinary’. If they had not been parked there on that day, the picture would never have been taken. The reader should have no difficulty guessing which two I mean. One had a tragically short production lifespan, the other’s turned out to be extraordinarily long.  There are significant parallels between the two, but that’s another story, for another time.

3 thoughts on “Theme : Places – Another Snapshot from Occupied Europe”