Recently we’ve been looking at the Lancia Y10 and asking whether luxury and compactness are compatible.

Seventy years ago Triumph thought so. Introduced in late 1949, like most of the UK Motor Industry production of the time, the Triumph Mayflower was chasing exports. As the chosen name suggests, the United States was a prime potential market but it seems that the UK’s image of the US’s image of the UK is forever distorted. Just like Ford’s stewardship of Jaguar, Triumph felt that a traditionalist approach was what US buyers expected from a UK company, this at a time when everyone was looking to the future.

Though hardly a Citroen Traction, the Mayflower is actually a more advanced car than it appears. It has unitary construction, a first for Triumph, and the thin pillars give good all-round vision. It also has independent front suspension with coils, an all synchromesh gearbox, alloy cylinder head and, the then fashionable, steering column change. 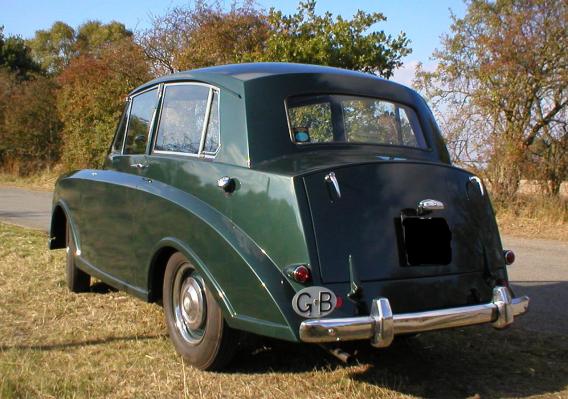 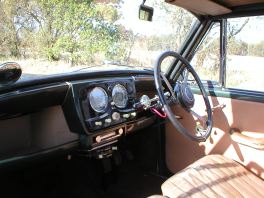 When choosing a name, Sir John Black of Triumph might have looked more closely at his history books. Though a hugely symbolic part of American history, the Mayflower’s first voyage was far from an unalloyed success, with a catalogue of disease and death claiming a substantial number of crew and passengers.

Neither was the Mayflower car a resounding success. With lots of headroom, not so much hip room and roadholding that complemented its far from sparkling performance, around 34,000 were sold in just over three years, but you could sell anything with wheels then and it was not directly replaced. The Standard 8 that came after it was a more austere car, though more modern looking, and it wasn’t until 1965 that the idea of a small, upright seating luxury car was revived by Triumph, this time more successfully with the 1300.

The Mayflower was designed, at least in part, by Mulliners of Birmingham, not to be confused with HJ Mulliner of Rolls and Bentley coachwork fame. Taking so-called Razor Edge styling, that originated in the 1930s with Freestone & Webb on coachbuilt Rolls Royces, and translating it to a small family saloon has a busy self-importance that conjures the British middle-class at its most pretentious and least imaginative. Viewed in that context it’s a silly little car, putting the Vanden Plas Allegro into the shade. But viewed today it is quite endearingly odd, almost the Nissan Cube of its age.

Can we give it any marks for influence? The above mentioned VP Allegro and the miniature recreations of Mitsuoka maybe. There are many contenders for precursors to BMW’s Hofmeister Kink, but we should certainly add the Mayflower. Lastly we might also ask if it influenced GM’s Bill Mitchell, whose bustle back 1980 Cadillac Seville always reminded me more of a Mayflower than a Rolls. 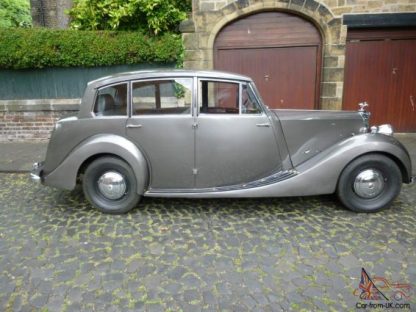 3 thoughts on “An Early Case Of Retro”