While the Irish car market is characterised by quite pronounced conservatism, there is a mad streak in there. There are people who buy cars like this:

Most of it is a Nissan Micra but it has a different grille and bumper. The rear and side are much the same as the Micra. It has a 1.2 litre, 4-cylinder engine and as such is stock Micra.

So what is a March Bolero? It’s something that I would rather a lot of other manufacturers did. For the most part we have models with a lot of variation in soft trim, or else full on variations in body: 3-door, 4-door, 5-door, estate et cetera. Wouldn’t it be nice if a few European manufacturers offered some cosmetically different cars in this vein? Ford is part of the way there with the Vignale but are a bit half-hearted.

Mercedes have two different grilles for saloons and sports cars (though that convention is dying out). The Bolero offers March/Micra customers a bit of a visual receipt and allows them to differentiate their car more than is achievable by using paint and wheels. No, I don’t think it’s nice looking but I don’t care. Someone likes it and I like having the chance to gape at it in wonder. 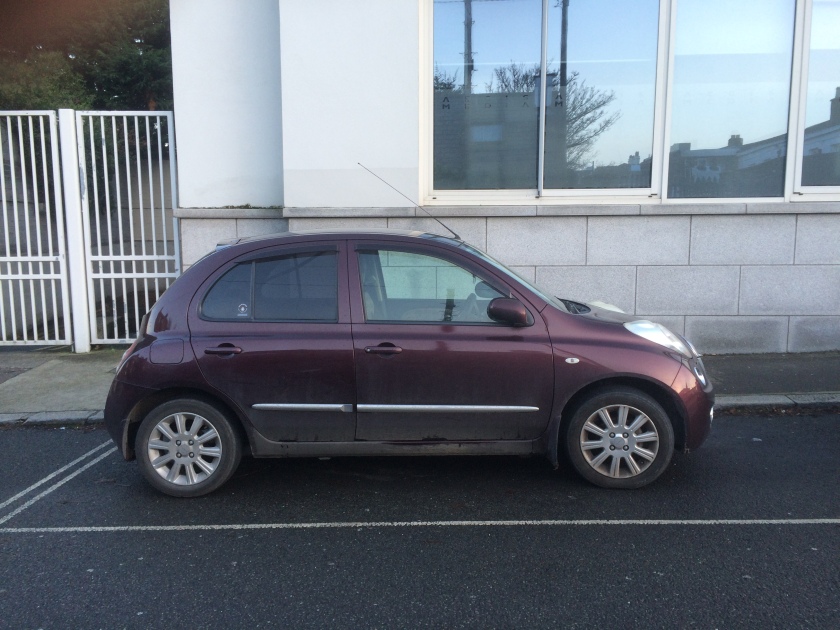 Renault and Opel are good candidates for this. Take the rather uninteresting new Megane. Why not offer the Initiale version with a totally different grille and rear bumper and call it something else. Opel have OPC for sports cars but you they could have a Palatinate series with much higher spec, a German brougham. Is a bumper so very costly to engineer?

Here is the interior which I managed to photograph for a change: 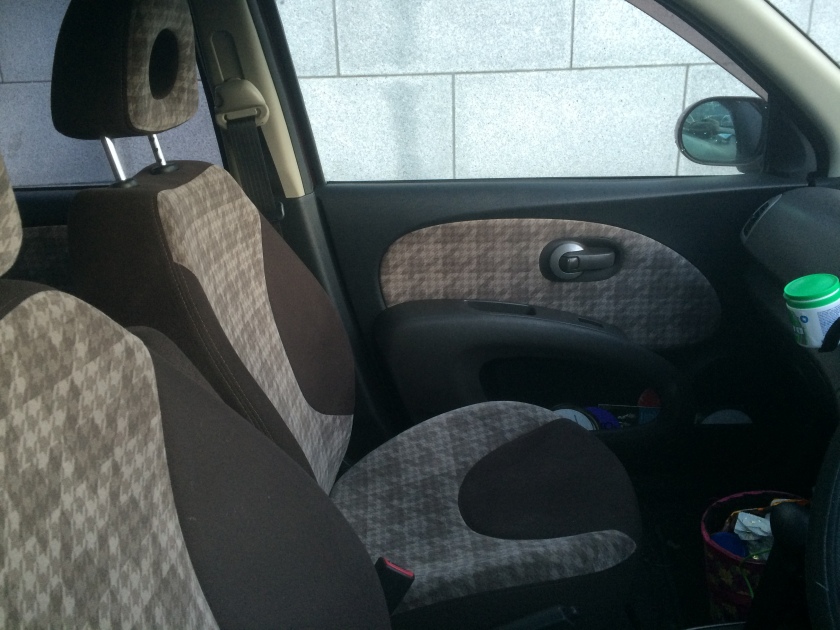 That is a rather entertaining fabric, I contend.

As I said at the top of the article, the Irish motorist’s demand for odd cars is satisfied by the provision of grey market Japanese cars. A black saloon shot by me in the middle distance and I did not recognise it, meaning it was probably a Nissan from Japan. You are more likely to see Figaros, Seras and Nissan Glorias (a rare 2002-2004, in one case) in Dublin than anywhere else in Europe that I know of. And a lot of Mercedes too. It’s very polarised: stolid conventionality and then a lot of rarities.