Already a decade old in 1977, the SAAB 99-series perhaps best embodied the Swedish ideal of ‘Lagom’ .

The 99 saw Saab come of age. A bigger, more commodious, more mainstream model than the somewhat home market-specific 96 series which not only preceded it, but was sold alongside. By 1977, the 99 was a very mature product, and what bugs may have arisen in earlier incarnations were fairly thoroughly expunged.

In the decade following its introduction, a number of mechanical and styling changes were made, the most notable being the introduction of a three-door Combi Coupé hatchback body style, whose revised frontal styling was subsequently adopted across the range. Two years later a five door version was added. For 1977, revised nose and tail-lamps were fitted. All 99s were fitted with Saab’s 1985 cc slant four with either carburetor (GL) or fuel injection (EMS). Manual or automatic transmissions were also available. So three body styles, two engine tunes, two trim levels and two transmission choices amounted to quite a decent model line-up. 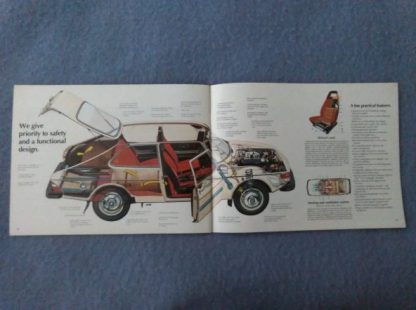 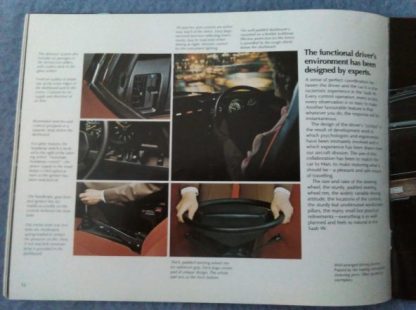 What strikes me about this brochure is that for a ten-year old model, and against its putative opposition, the 99 still looks fresh. Certainly there was probably more modern opposition around, notably from more mass-market brands, but Lancia Beta apart, there was little at that price point that offered a similar combination of compactness, interior space, advanced mechanical specification combined with a non-mainstream, aspirational European nameplate. Additionally, given its age and the prevailing standards of 1977, it does not strike me as a particularly dated design. Yes, the 900 series arrived as the 99’s star faded; not only resurrecting its fortunes but going on to carve a reputation of its own for a further decade or so. But while lengthy production runs can often result in diminishing returns, the 99 illustrates the adage that the right product intelligently developed will stand the test of time.

Speaking of time, how does thirty-six years grab you? Because Saab were making cars to the same essential silhouette until 2003. In fact to this day ask anyone to picture a Saab and they’ll probably picture something akin to this. One final thought: Looking at the cavernous load bay of the 99 pictured, it strikes me that if IKEA hadn’t already existed, Saab would probably have had to invent it.