First, an apology. This sequel to our piece on the Mohs Ostentatienne was originally promised to coincide with the 20 January 2017 Presidential Inauguration. In the event we missed it. Blame the crowds.

The Mohs Safarikar was Bruce Mohs’ next motoring project after the Ostentatienne. Obviously sharing what, back then, was certainly never referred to as DNA, this was a companion to the Opera Sedan, the clue to its function being in the name. As with the Ostentatienne, the Safarikar is an easy target for the smartarse motoring writer wanting to get a few cheap laughs with little intellectual outlay, and forgive me if I don’t manage to rise above my peers. 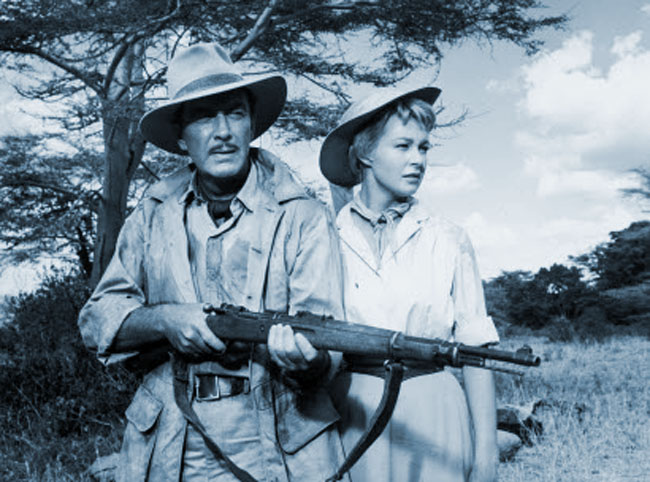 I’ve always been bemused by trophy hunting, but of course that’s because I’m a middle-class Brit whose greatest man-against-beast ambition would be shooting at mice with an air rifle; and their heads are so very difficult to mount on your study wall. In my youth ‘White Hunter’ films and TV shows seemed oddly popular. I never really enjoyed them and they are embarrassing to view these days, with their clumsy stock footage of wild animals and depiction of Africans veering between deeply patronising and overtly offensive.

Not that I am suggesting that there was any cultural imperialism in Bruce Mohs’ motives. Reportedly he was a prolific traveller and, in his endearingly eccentric way, he just saw a gap in the market that he could fill with an endearingly eccentric product. Coming from Wisconsin, Mohs was, unsurprisingly, a hunter but to my admittedly limited knowledge, most hunting there would be done on foot. However the idea of the SafariKar was based on African style hunting which could be done from a vehicle, allowing the hunter to chase after running targets. This could of course be done from some large rough pickup or Land Rover, but why not do it in style and comfort?

Like its predecessor, Mohs based the vehicle on a V8 powered International Harvester Travelall chassis. It was a large device, probably quite conspicuous to the beady eyed big cat. Mohs, though, wanted to make its approach discreet by rendering it as silent as possible. Thus, the panels of the vehicle are covered in a sandwich of vinyl over foam over aluminium. Doors slid out on rails rather than sliding back, allowing the marksman to take aim yet keep his flank protected. Additionally he could fire by sliding back the roof. At the end of a long day’s hunting, the rear seat converted to a bed.

Whether intentional or not, Bruce was ahead of the curve with side impact rails as well as use of the satin black body finish. Not to mention the Pimpmobile grille.

The SafariKar was considerably more successful than the Ostentatienne, 300% more so. Today, two of the reported total production of three cars remain. Whether any of them ever made it to Africa doesn’t seem to be recorded but safari cars certainly didn’t start or end with Mohs, though few were so Ostentatienntatious. 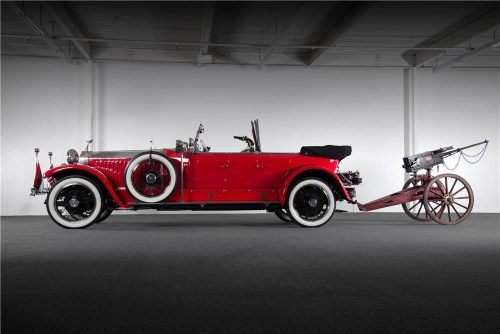 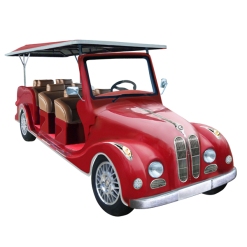 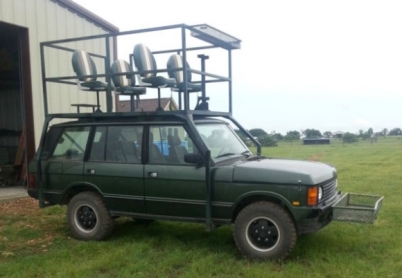 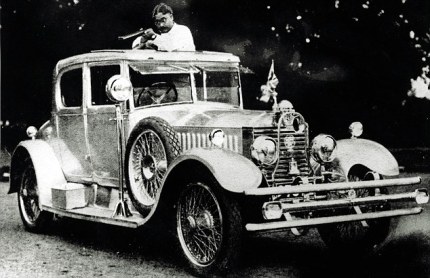 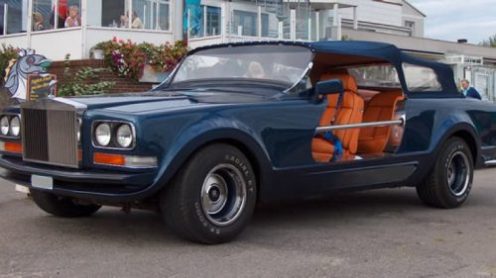 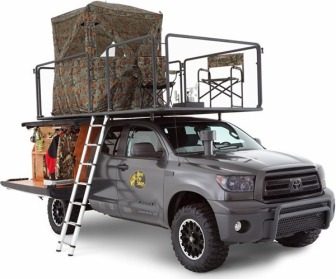 4 thoughts on “A Larger Car for a Larger Continent”