A chance sighting prompts something approaching a defence.

Since we created Driven to Write three years ago, I have undergone something of a re-education about cars and particularly when it comes to their design. Even though we might actually only rub shoulders about once a year, I often feel as though I have a virtual Herriott at my ear, urging me to look at that innocuous looking tin box over there with fresh eyes. Going about my business yesterday, I happened past a stationary 2016 Micra. Not a car to which I’d normally give more than the most cursory of glances, but given some of the damning responses to the example featured earlier in the week, I felt I ought to give it a second glance.

Now, like most of you, I viewed the current (K13) model as something of a retrograde step when it was introduced in 2010; a cynical attempt to wring out a model intended for a less ‘sophisticated’ audience upon the European market. In some ways I suppose one couldn’t blame Nissan for trying, given the cut-throat competition within the sector and the likely margins on these supermini class vehicles. After all, not everyone necessarily wants to make a style statement en-route to the Drimoleague branch of Centra for a pint of milk and a family pack of Taytos.

The problem of course was that it smacked not only of cynicism but of retrenchment. The previous generation (K12) had been such a standout design. A noticeably larger car than its predecessors, it underpinned a range of Renault and Nissan models including the Clio and Modus in addition to Nissan’s, Note and Cube, to name but several. Its styling, while referencing the soft form silhouette of its predecessor, was a good deal more angular and space-age in execution, particularly the large and cartoonishly feminine headlamp treatment.

Admired and detested in equal measure, the K12 was perhaps best remembered for the David Lynch-directed pan-European launch commercials, which contained some of the most toe-curling manglish in advertising history. “Do you Speak Micra?” was the question posed by the Paris based TBWA/G1 agency – [who are now probably called something like Umlaut or Mauve – come to think of it, they probably don’t have a name, just a ‘visual signature’].

Anyway, where was I? So yes, as an unsuspecting Micra drives through a desolate cityscape – [is there any other kind in adland?] – a pair of giant blue lips [blue being a calming, non-threatening colour] utter the following ‘Micra-language’ terms, such as Spafe (spontaneous : safe), Smig (small : big), Thractical (thrilling : practical), and Luxurable (luxurious : affordable). It was, as I’m confident you’ll agree, Complocks – [complete : bollocks]

The K13 Micra has been with us since 2010, and while it spared us the teeth-grinding ad-execution of its forebear, it also left a good many somewhat underwhelmed. Yet looking at this 2016 example today, I saw a neat, well proportioned, refreshingly compact and friendly looking little car. Yes it lacks some of the stylistic flair of its predecessors, but to be frank it better adheres to the Micra template than its larger in every dimension K12 forebear – after all, the hint is (or was) in the name. The K13 hasn’t been a tremendous sales success for Nissan however. In 2003, the previous model peaked at 171,453 sales across Europe, while the incumbent has been averaging less than half that figure, last year posting sales of 60,212. That’s White Hen territory. 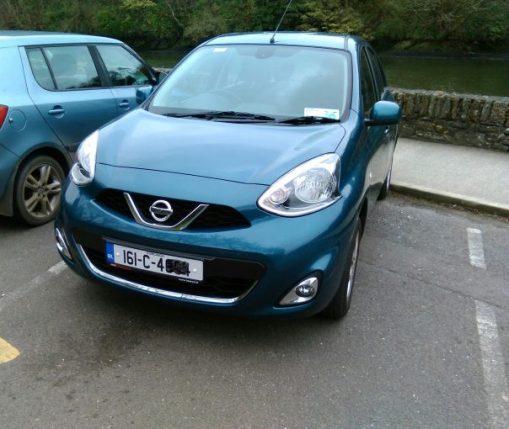 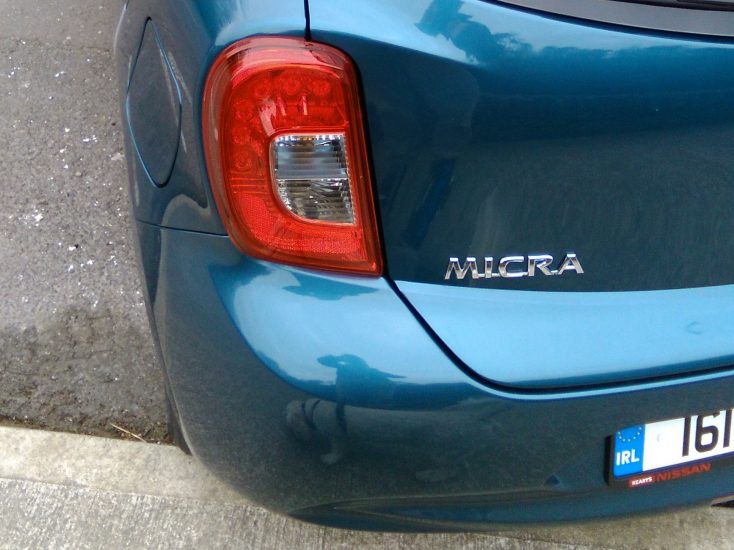 This year sees a new model, based on a shared platform with the current Renault Clio, making it the least micra Micra yet. It now shares few visual cues with its forebears and were it not for the marketing collateral of the Micra imprint, should by rights have been renamed. To my eyes, it’s a needlessly aggressive looking amalgam of current Nissan styling features, including the now obligatory [automotive styling cliché alert] faux-glazed three quarter pillar treatment. While bound to sell in far greater volumes than the car it (sort of) replaces, it decisively breaks with a tradition that stretches back to the 1982 original.

I never thought I’d say this, but I think I’ll miss the outgoing car, which I believe was a fairly decent thing to drive. Neat, compact, non-aggressive designs such as this are fast dying out; for heaven’s sake even Kia Picanto’s now look absolutely furious. Someone really ought to stand up for the meek – problem is, I don’t speak Micra.