We look at two proud Frenchmen who were really quite similar and so very different.

There are certain notorious rivalries in motoring history. Many of them were sporting ones, in the Senna-Prost mould, which sometimes went beyond good sense and risked the lives of those involved. But there are also rivalries that at first seemed less visceral, but that had equally grim endings.

One such is that between André Citroën and Louis Renault. Neither were self-made men from humble backgrounds in the vein of Herbert Austin or, even more so, William Morris. Both had comfortable upbringings, André’s possibly less stable due to the suicide of his father. Born within a year of each other, they actually first met as young children attending the same Lyceé.

André studied engineering at the prestigious École Polytechnique whereas Louis was self-taught, building his first car before the end of the 19th Century and becoming part of the early history of motoring after forming a company with two of his brothers.

By 1909 both his brothers were dead and Louis was in sole control of Renault. Despite the subsequent images of their companies, it is reasonable to suggest that, despite lacking an engineering qualification, Louis Renault had the more creative and practical engineering mind, though he confined his ideas to individual innovations, not ground-breaking vehicles.

Although he had already worked in the motor industry, Citroën didn’t start his own company and produce his first car until after the First World War, during which he’d built a reputation as an expert in arms production with a state-of-the-art shell factory at Quai De Javel, whilst Renault distinguished himself by building tanks. Doubtless Renault saw him as the usurper and, by the late 1920s, their rivalry was well established. 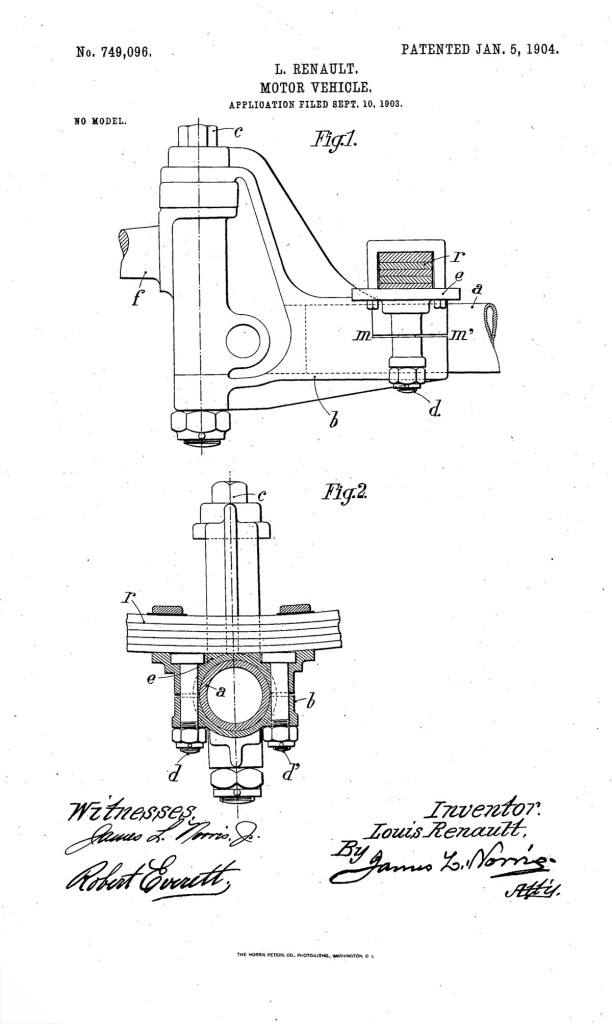 When viewing rivalries, there is the impulse to take sides and, in this, I always seem to choose Citroën. Obviously there is the fact that his products were more ambitious and less cynical, but there is also the fact that Louis Renault was not a very sympathetic character. He was short-tempered and shared Henry Ford’s dislike of unions as well as a fair amount of his anti-Semitism, something that probably fuelled his disdain for the Jewish Citroën.

In fact his position as the sole controller of the company was more by default following the premature death of his brothers and, an essentially shy man, he might well have remained happier if events had transpired differently and he had kept a back seat overseeing the engineering. André Citroën on the other hand was a sociable character, pleasant and at ease with people and, if paternalistic, still a thoughtful and conscientious employer.

Although very knowledgeable, he left the actual design and engineering to others.  A proud man, in his social life he was a lavish, possibly compulsive, gambler and these two character traits were to contribute to his downfall.

Throughout the 1920s, their two companies competed fiercely and Citroën, who had a salesman’s instincts for what people wanted, produced a range of cars that were threatening Renault within ten years of his company’s formation. Unlike the reclusive Renault, Citroën lived well and gambled well and, as the figurehead, he kept both himself and his company in the headlines, lighting up the Eiffel Tower, exploring the Sahara and generally indulging the celebrity lifestyle at casinos and racecourses.

Renault didn’t take this well. When one of Citroën’s publicity grabbing schemes to set up a trans-Saharan service for rich paying customers, to replicate his well-known ‘Raid’ of two years previously was cancelled due to the French Government withdrawing permission, there was strong suspicion that a resentful Renault had masterminded this humiliation.

In early 1932, whilst André Lefèbvre, an ex-employee of Renault, was developing the radical front wheel drive Traction Avant, Renault and Citroën had a fateful meeting. Following an unexpected invitation, André was shown around the greatly extended Billancourt factory by Louis, who then suggested that they should join forces, each doing what he did best -Renault producing the cars and Citroën selling them.

Was it a real proposal, or just bluff? A sympathetic way of viewing this is that Louis, whose acerbity was caused by having to take over the mantle of his dead brothers who had been the more outgoing front-men of the company, was actually showing his respect for André in making a very genuine offer that he thought would benefit them both.

However to André, this was seen as a veiled insult and it had a huge effect. Following intense planning, the proud gambler had Quai De Javel rebuilt into the most modern production facility in an incredible six months, an investment he could only possibly have afforded in a stable financial climate and if his Traction had entered production totally smoothly.

History shows that neither was the case. After teething troubles the Traction was a great success, and a landmark vehicle, but not in time to save Citroën from bankruptcy. By late 1934 he could no longer hold off creditors or sweet-talk banks and his greatest gamble had, at least as far as he was concerned, failed. Citroën’s death the year after he lost his company was recorded as due to stomach cancer.

Whether his health had been affected by the preceding years in which he’d struggled to launch the Traction Avant and to maintain control of his company is open to question. Or had his failing health made it difficult for him to maintain his company against, as his son Bernard claimed later, a conspiracy? 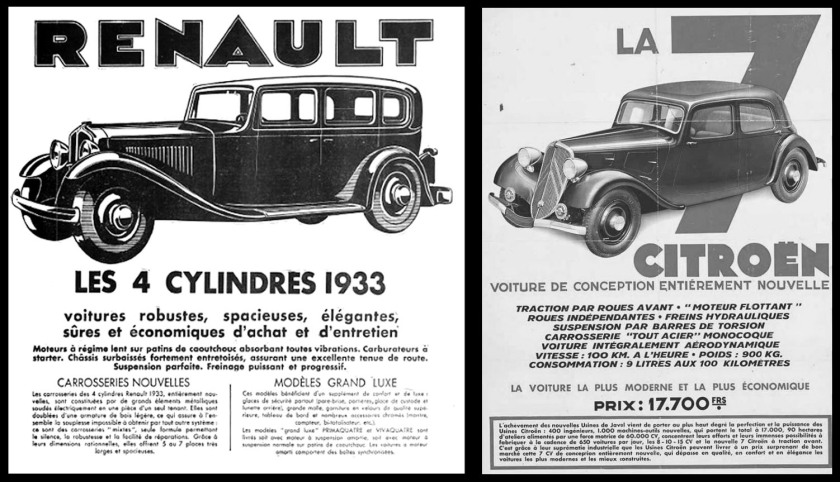 Louis Renault’s own end was not a result of his rivalry, but it was more ignominious than Citroën’s. When France was occupied and divided during World War Two, he made his factories available and supplied the Wehrmacht with over 32,000 vehicles. Despite the argument that he had no real choice, and conceivably prevented both factory and workforce being forcibly transferred to Germany, at the end of the War he was accused of collaboration and imprisoned.

Already very ill, stripped of his Légion d’Honneur and probably physically mistreated in prison, he died in October 1944, the month that his company was seized and nationalised, with no compensation ever paid to his family. Quite how guilty Renault was remains controversial; one argument is that his actions actually protected the lives of his workforce and that he collaborated no more than many others did but, although he can’t be denied as the founder, he has more-or-less been sidelined from Renault’s official history.

Less politically contentious, and certainly a more decent individual, André Citroën still holds a respectable place in his company’s history, one that stops on their website just after he received his own Légion d’Honneur but, tactfully, before he led the company to bankruptcy. He also has both a street and a park named after him. But at what point does someone who owns a company have a duty not to risk his employee’s livelihoods?

He was by all accounts a very popular employer, inspiring great loyalty and history applauds him because it all worked out alright in the end, or at least until 40 years later when history repeated itself. But it all might easily have ended in 1934 as a disaster from which there was no recovery. In the event the company fell into the sympathetic custody of Michelin, but not before it was offered to Louis Renault and, had he not rejected it, things might have been very different.

Had Citroën been too cautious, we might never have seen the company bearing his name having those incredibly adventurous decades. But maybe if he’d been just been a bit more cautious, a bit less willing to rise to Louis Renault’s bait, he might well have held onto his company as the Traction Avant became a success.

Yet, assuming that in better spirits he might have survived his illness longer, there is no reason to be sure that he would have carried on allowing chief engineer André Lefèbvre the freedom he went on to enjoy under Michelin. Would we have seen the groundbreaking vehicles that followed the Traction Avant, or would a patron chastened by his near call have become less ambitious?

On a customer level, their rivalry was a good thing with Renault responding to Citroën’s advanced ideas with more modern, if hardly similarly groundbreaking, cars.  But personally the result was not so happy. At one time both men might have assumed that they had formed dynasties, handing the company on to their families. In the end neither succeeded and, ultimately, their lasting legacies remain just a name.

7 thoughts on “Theme : Rivals – The Light and The Dark”