Recently I discussed how one detail can ruin a car. 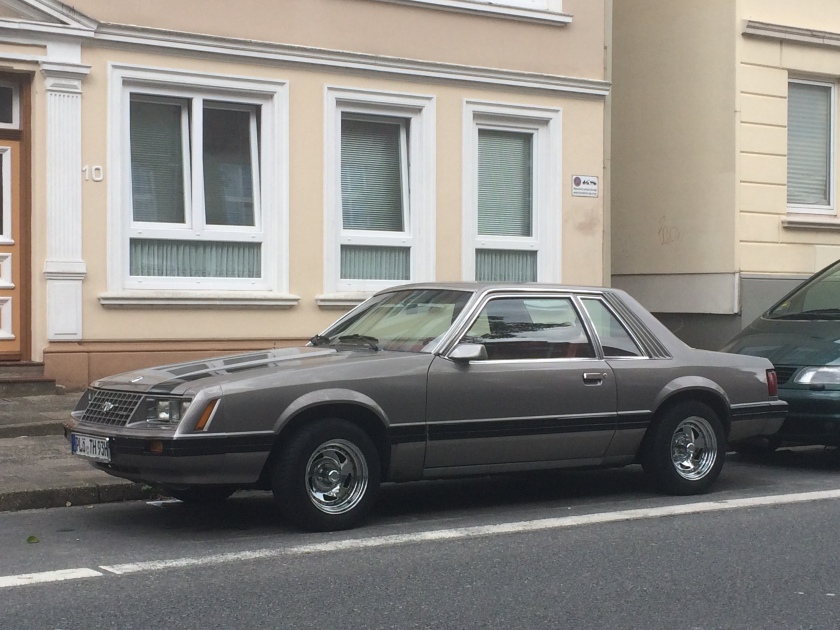 Here we see the 1979 Ford Mustang which, overall, can’t claim to be a very strong or admirable bit of work. All the details accumulate to result in a deeply compromised design. Ford really struggled with this. The decision of production engineers to impose a panel-gap on the front wing must be the bale that broke this camel’s back. Here is the 1976 styling model:

The wing, bonnet and grille should have looked like this:

In the above photo there seem to be panel gaps missing which shows that Ford considered panel gap placement to be separate to designing the gross form.

Weirdly, when I see the studio model I then see the production car in a better light. Is something like this what happened to the designers? They saw not the actual shape but what they had in mind?

According to the site in the links below designer Fritz Mayhew had this planned:

Which ended up, via packaging requirements, cost-cutting and competition with the Ghia studio, looking like this: 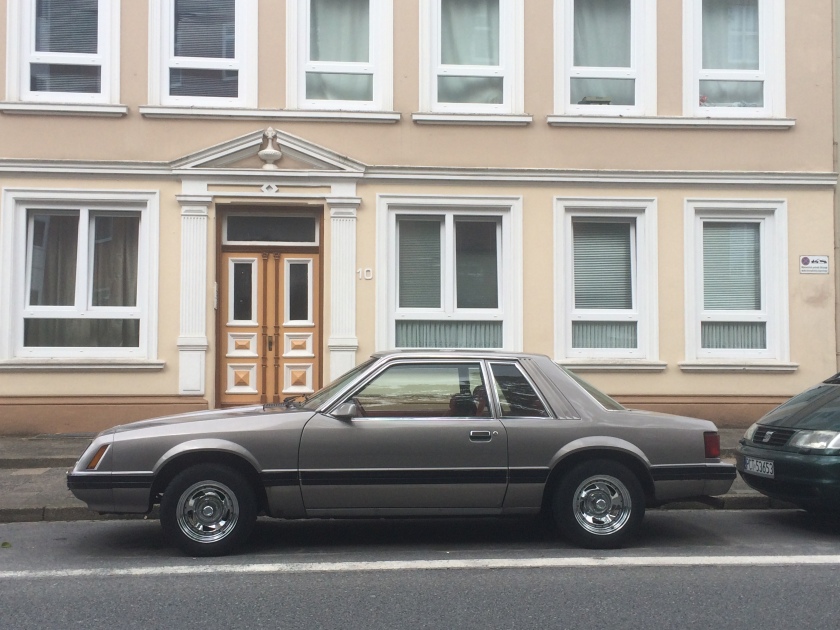 In between Mayhew’s dart-like drawing and sign-off, Ford of Europe had developed the austere rectilinear style of the 1976 Granada (probably completed in 1973/1974).

You can see Granada in the surfaces and wheel-arch lips. The European Granada had separate bumpers while the Mustang designers attempted an integrated look. Especially at the front, the panel gaps are confounding the sculpture and graphics. 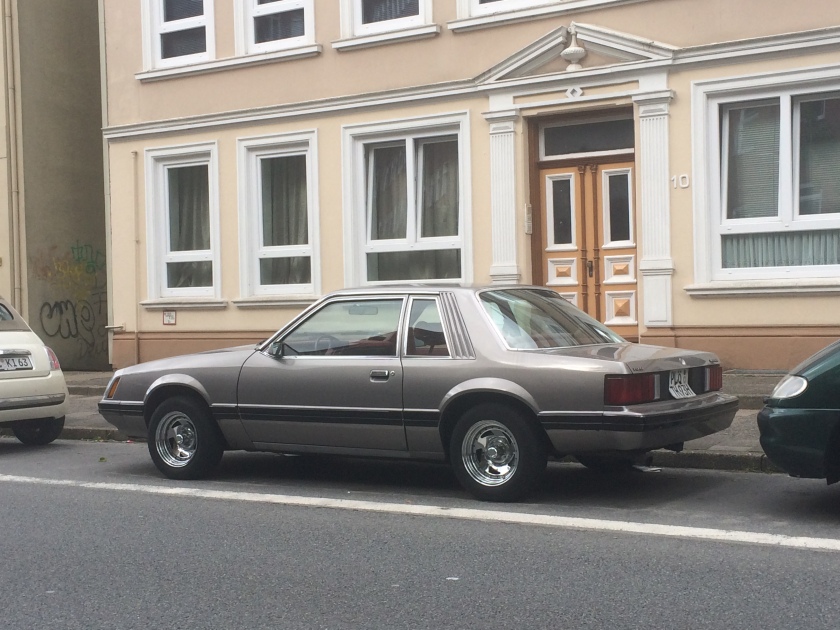 From this distance and this trim it is inoffensive. The condition and colour help. Despite that, the 1979 Mustang joins the ranks of cars from the period whose chance at having an identity remained strait-jacketed by a preference for minimally expressive forms. The details take on a disproportionate amount of significance and brusque engineering decisions have less chance of being obscured by anything positively appealing. Minimalism makes it triply important to fuss over what little remains on view. 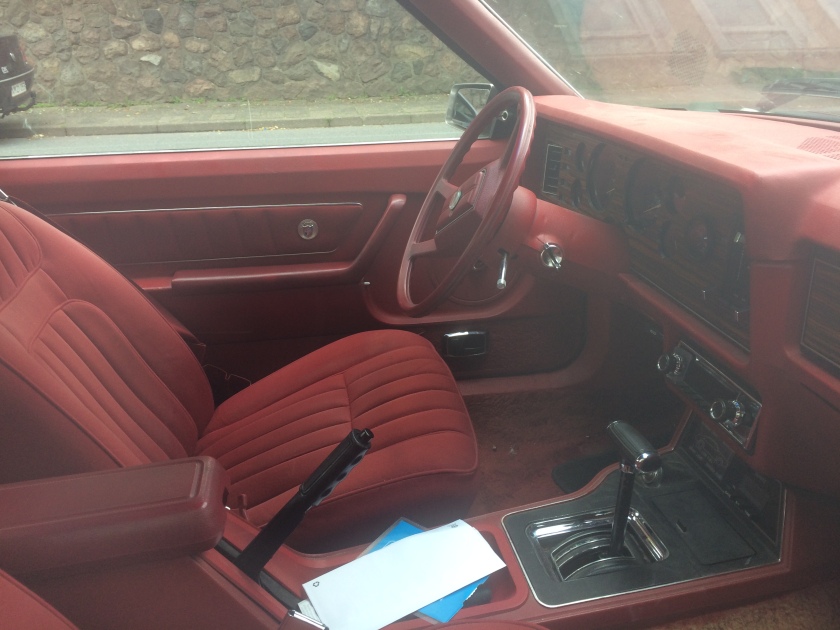 The Ghia interior, I feel, might be pleasant; it is not sporty and is too far removed from the original Mustang’s role as cheap sports coupe for the younger customer. Ford evidently felt some need to chase the personal coupe market where Olds’ Cutlass had staggering sales success. 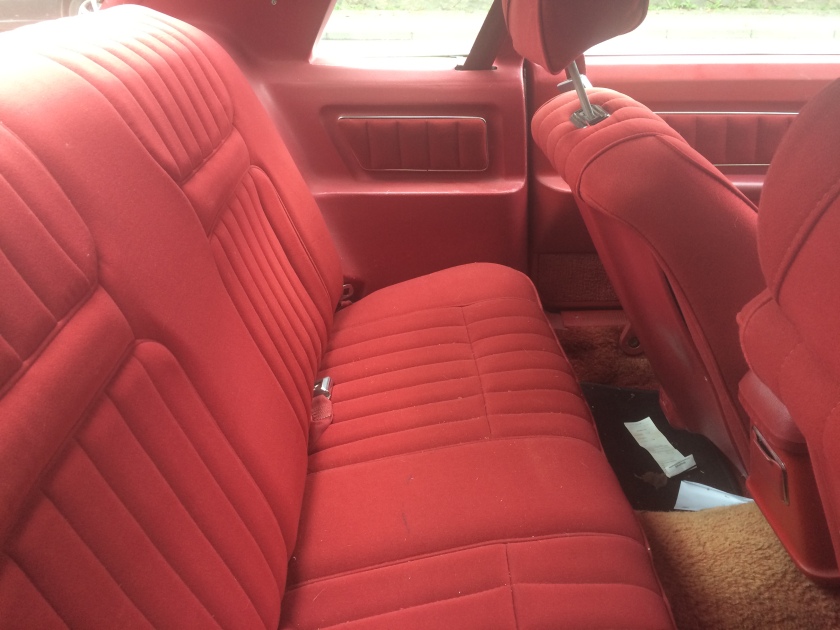 Back to the exterior we find a fussy C-pillar and oddly finished chrome trim. There should have been a section connecting the top bar and bottom bar. As it is, I can’t tell if the DLO and vent panel are intended to be read as one shape or two. When I get a chance I’ll sketch two schematic alternatives. 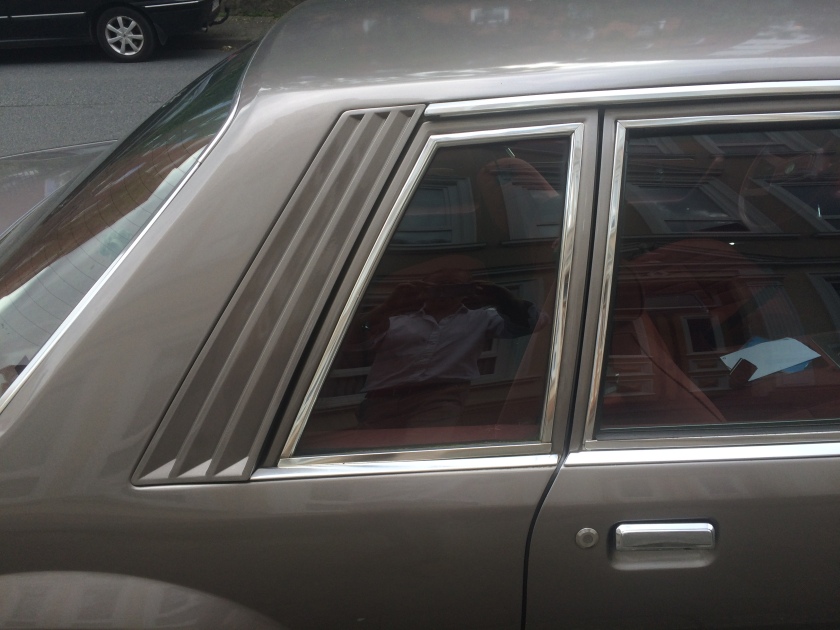 Unlike the Granada, the Mustang got a curved rear screen. The fillet radii on the metal differ  from the bumper. 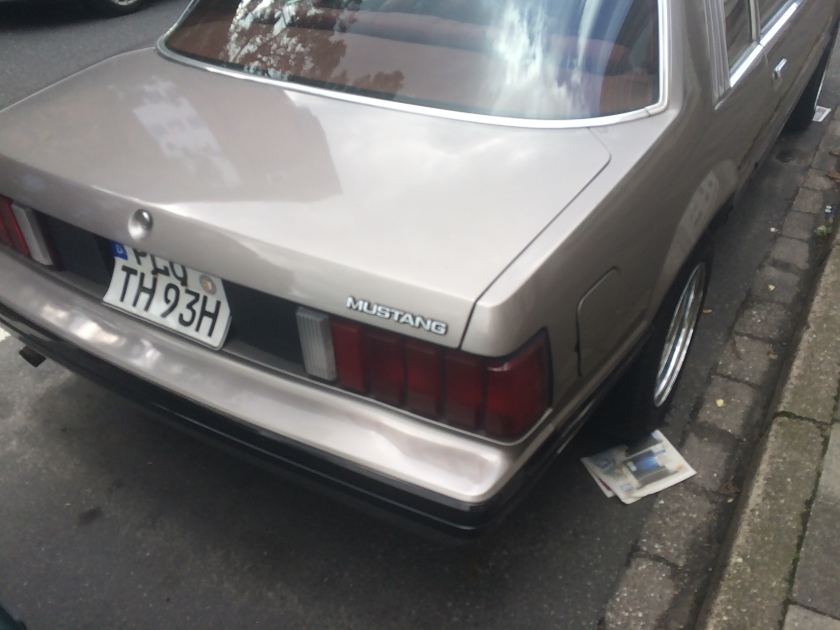 The same basic car remained in production until 1993 and it kept getting worse. With no essential identity, the face-lifts had nothing to hold them together so the Mustang was all dressing and no salad.

14 thoughts on “The Unease Spirals Down”