Twin approaches to a modernised ur-Mini, but while one is shamelessly drenched in nostalgia, the other speaks of a possible future.

Nostalgia is big business. Take the music industry where bands reform to play their best-loved material, while record companies re-master and repackage classic albums. So if the running order gets messed with, original tracks deleted and a bunch of questionable out-takes (which didn’t make the original cut for good reason) are added, who cares? Completists, (mostly middle-aged men if we’re honest) will fork out the cash, so everyone’s happy.

The market for classic cars is similarly sentiment-riven. On a serious upward trajectory since the turn of the decade, fuelled in part by post-crash economics which consolidated wealth amongst those of an age predisposed to nostalgia and a market that sees historics in pure commodity terms, even comparatively humble older cars now turn serious money.

The market for icons now encompasses the original Issigonis Mini, which despite being made in the millions has become a very rare sight on our roads. Arguably more relevant for today’s overpopulated cityscapes than ever, Mini’s diminutive dimensions and nimble reactions offer the ability to cut a similar swathe through the Smarts and the Twizys as its forebears did in the days when London swung. Surely then, an updated, repurposed Mini could once again become the choice of the well-shod, retro-Mod, cad about town?

Pitched as a modern day equivalent of the historic Radford and Downton Minis of the 1960’s, Mini Remastered features a full technical rebuild, with the A-Series engine tuned to deliver up to 50% more power. Brakes, steering and suspension modifications promise “all the style and feel of a classic with modern dynamics”, according to its creators. 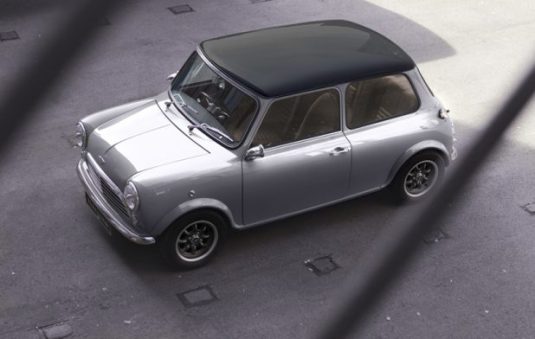 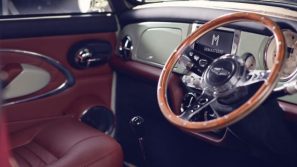 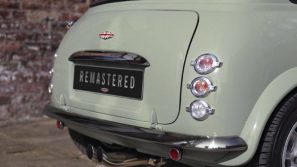 Similarly, the interior is lavishly trimmed with all the expected luxury accoutrements including a new dashboard design incorporating the now obligatory touchscreen infotainment system with full i-tech compatibility. All from a modest £75,000, or just shy of £100K for the snappily named ‘DBA Mini Remastered Inspired by Monte Carlo’ edition.

Regardless of anything I might choose to say about this, DBA appear to be fighting off prospective punters for these pint-sized nostalgia-fests and frankly, it’s not as if I’m entirely immune to its appeal. Mind you, nobody’s going to convince me it costs this much to achieve what amounts to a high grade restoration – or that you wouldn’t get as many giggles out of a well restored (and sensitively upgraded) Cooper S.

But there are more ways to skin a cat, or power a Mini, for that matter – on the face of things at least. Ian Motion, who appear to be based in France, have produced a prototype of an alternative Mini remaster, this one eschewing the internal combustion engine entirely for electric power. No details of the propulsion system are as yet forthcoming (never a good sign I feel), but the company are claiming a range of 150km per charge.

By contrast to the DBA effort, Ian-Motion’s remodelling looks a good deal more charming and self assured. For all the world like a standard Mini, the sole exterior giveaway being the charging point in place of the regular car’s fuel filler. Inside however, a very pleasing matt-wood instrument panel straddles the original dash which, (along with the door panels) is trimmed in an attractive felt fabric. (It’s only a pity they didn’t trim the seats in this as well). It’s an inviting, appropriately minimal interior, a world away from the unimaginative (if sumptuous) DBA effort.

The company states it will begin taking orders later this year, so I await developments (and pricing) with interest and some measure of scepticism. Naturally it could so easily be another idealistic puff of vapour, but I really hope this one takes flight because let’s face it, having blown the best part of a hundred grand on the DBA jobbie, where are you when your bespoke Remastered Mini-About-Town is slapped with an emissions ban?

And herein lies the rub for the old car movement. As cities consider how to curb worsening air quality amid growing hysteria (and a good deal of genuine concern) over vehicle-related pollution, old cars could potentially face being excluded from our urban spaces entirely – and what would that do to the values of historic cars? So could something like the Ian-Motion concept show a possible way for owners of collectors cars to continue enjoying their vehicles in a post-IC landscape?

With BMW readying their own electric version of the current MINI, isn’t it mildly ironic that the original (and best) of breed could potentially get there first. And while David Brown is offering high-end nostalgia at a price you really can’t afford, it appears to come with its own built-in obsolescence as standard. The electric Mini on the other hand, while admittedly still within the realm of the fairies, sounds to me as one remaster I might actually want to get behind.