Much like discontinued brands, some rather old models of existing car lines can be hard to place: what is a Buick Wildcat in new money?

This car seems to be a second series, from 1965 to 1970. That still isn’t enough. Hermeneutics comes into the picture here because we want to know the meaning of this car.

The Wikipedia entry is less useful than whatever Curbside Classics might write because it is not a collection of personal insights, rather just a litany of references that need checking. Here’s what I gleaned from the fact check: going back to 1942, Buick had a range of full-size cars sold as the Century. After a short pause, Buick resumed using the name in 1956-1958. From that line of cars sprang the Invicta which was (deep breath) a mid-size Le Sabre body with a large capacity Buick engine, the Nailhead (this was when engines had nicknames). In modern terms this might be like a Merc E-class with an S-class engine. From this Invicta series came the Wildcat 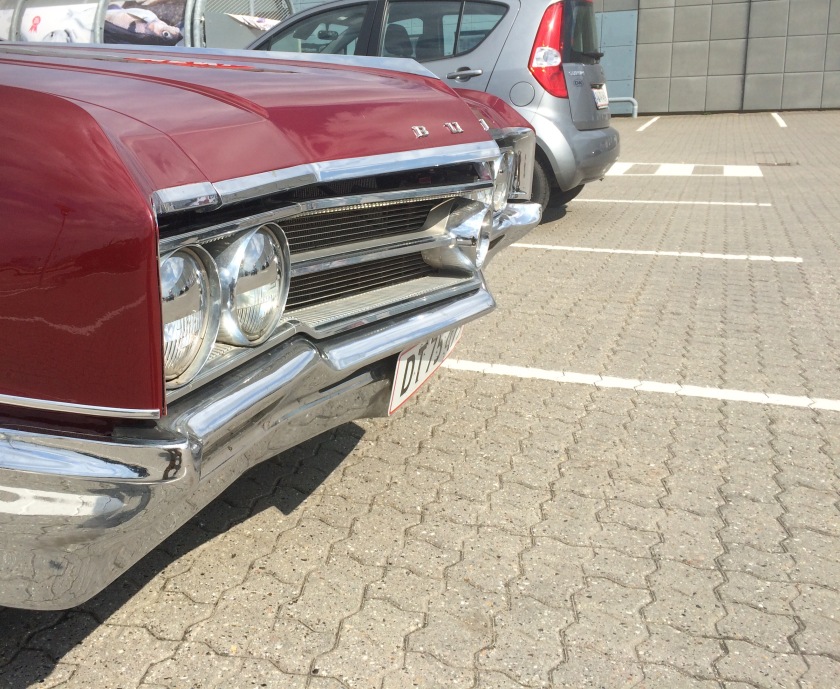 which was another full-size B-body car sold as a two-door convertible, two door hardtop, four door hardtop (the car here) and a four-door saloon. As to engines, GM offered three V8s of 7-litres-plus capacity. That’s nearly two  gallons of displacement. 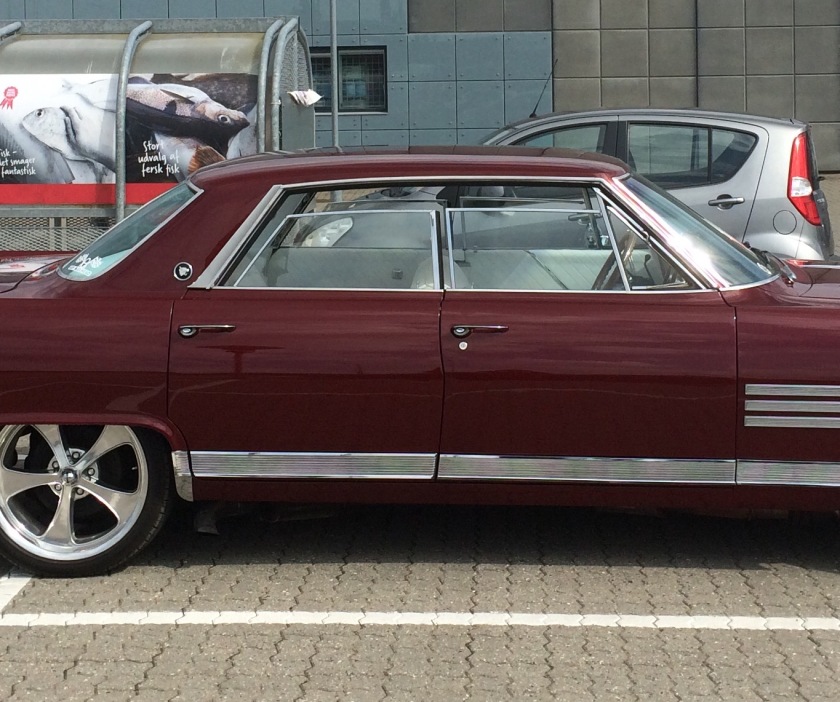 The Centurion superseded the Wildcat in 1970 – we featured one here earlier. This represents Buick’s hayday in quality. The Centurion oozed solidity (today’s Wildcat less so). I’ve really skimmed the surface here so I am only slightly confident in saying this: the Wildcat is a full-size performance oriented car from a brand normally selling sub-luxury. In today’s money it’s a big, high-performance Opel with comfort trim, perhaps a faux-coupe Insignia and not the standard 5-door.

This brings me to interpretation, the hermeneutics. I’ve had to explain this car in terns of other cars and only done so to the point where I imagine you, the reader, knows the reference without need for further reference: Wildcat-Invicta-Century plus the concepts “Buick” and “V8”, B-body.

What would really clarify this car’s place in the scheme of things would be a timeline or family tree or a kind of tachometer diagram showing the Wildcat’s position in relation to Buick’s price range and size-range. In those terms: the Wildcat is a sidespring off a main branch and is one of Buick’s more expensive and sporty cars.

The work required for this would be tremendous: historic price lists for all the Buicks of a given year, plus features and dimensions of its peers.  I realise again that GM must have had an imperially huge bureaucracy of administrators to manage this plus product planners who knew a) all the elements that could be combined and b) how they related to other GM ranges and c) how they related to the competitors and d) how any possible product combination related to earlier ones. We often imagine that Communism created huge and lumbering bureaucracies but GM and Ford must have had more clerks than the Pentagon.

So, I suppose the Wildcat was intended to make sense (as in “have meaning”) for customers who had preconceptions of Buick and performance plus who knew that a Wildcat was not a Pontiac-kind of car nor a Cadillac-kind of car either nor just an Invicta.

Was this period not truly one of Byzantine product complexity? And am I assuming too much when I say the planners knew what they were doing? I don’t believe they could really put a precise meaning on a 7.0 litre V8 hardtop four-door with bucket seats from a brand like Buick. They had a huge parts-bin of interchangeable components and hoped that among an infinite number of combinations there was a winner. They did sell a lot of B-body cars, true; was the optimum combination not hidden in the welter of choice?

To try to answer my opening question, a 1966 Wildcat might be the same as a BMW 6-series four door coupe with a 12 cylinder enginee, the 5-series tail-end lamps and a kind of soft luxury interior nobody does any more (warm colours, soft fabrics and suede), making it a banker’s hot-rod for today’s upper middle class.

10 thoughts on “Three Steps After Sunday”