Sometimes there are cars that seem not to merit a whole day to themselves, especially not a Sunday. This is one of them: the 2011 Lancia Thema nee Chrysler 300.

It featured recently as one of my lame “guess the car” teasers. Did you know that this vehicle (as a Chrysler) has been in production since 2011? Or more, honestly, since 2004**? That makes this quite a coelacanth. The Thema left Lancia’s catalogues in 2014 though. The Chrysler version still soldiers on somewhere.

As well as the mixed badging, the car has a complex genesis, the fruits of Mercedes’ marriage to Chrysler. Some of its parts are derived from the 1999 W-220 and some from the 2002 W-211, the latter being the first Mercedes that didn’t matter to me, the former being the first S-class not to look like one. Then there’s the Chrysler-as-Lancia badge. The Thema name comes from the time of Lancia’s cooperation with Saab, Fiat and AR. It sold quite well though was less Lancia than the Kappa or Thesis. The 300ema might be worth a family tree diagram, such is its complex parentage.

For now here are the rest of the photos. Do you know I really couldn’t find much to look at on this vehicle, rare as it is.

The rear lamps recall the elegant fins of the Lancia Thesis, you could say. 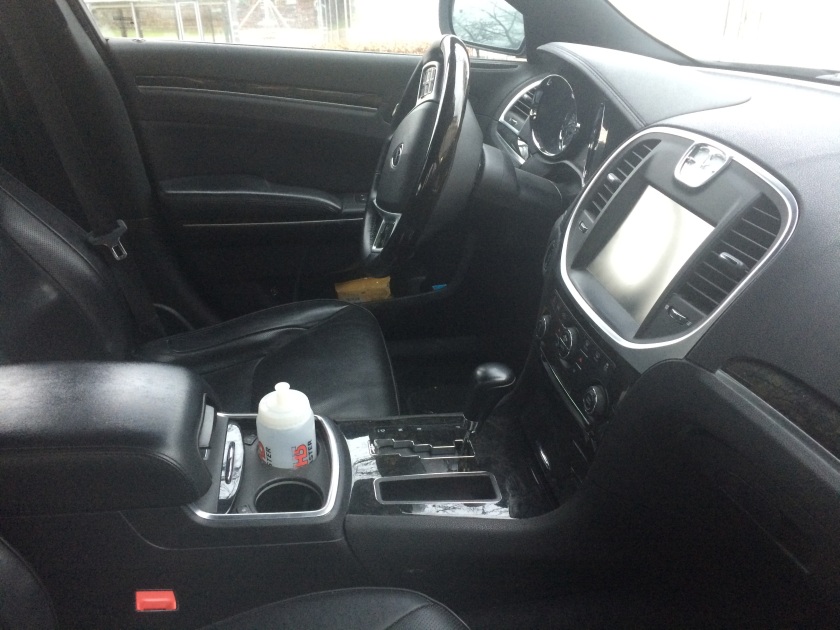 ** According to Evo the 2011 car is “all-new” but they also said it would be called a “Thelma” [sic] in some markets. Wikipedia describes it as a thorough facelift and Honest John implies the same. Those MB bits are still in there,  I expect. Intriguingly, HJ says Thelma’s steering is less precise than a Jaguar. Does that mean it is nearly as good? Does it mean it is even worse?  Car and Driver gave the all-but-identical 300C good notices after running one on their long-term fleet.

This car might actually be a good Chrysler. It is not a good Lancia though. We have already chanted that dirge so I will not repeat the litany of crimes.

14 thoughts on “A Photo For Monday”