With Ford’s Taurus the latest sedan nameplate set for a date with the eternal, what does this growing convergence mean for the large blue-collar American saloon?

Cadillac’s recently announced plans to remove a number of sedan model lines in response to shifting commercial realities appears not to have occurred in a vacuum. Last week it was Ford’s turn, first with reports of the Mexican-built Fiesta being phased out, but more dramatically, that executives have elected not to replace the Taurus once it reaches the end of its current model cycle.

Unlike the Fiesta, which was perhaps a short-term plug to an economic fissure, the Taurus occupies Ford’s former heartland, being the largest sedan the Blue Oval currently makes and the last expressly designed for the domestic market. Yet while the age of dinosaurs is long gone, a faint trace of the Jurassic clings to the Taurus. But it wasn’t always thus.

The current model debuted in 2010, but the nameplate has been with us since 1986, when the car that turned around Ford’s commercial fortunes made its debut. The Taurus was a landmark car, providing arguably the first credible route out of the so-called malaise-era. The ‘shape of tomorrow’ proved an immediate success with close to 3.5 million sold over the initial two generations.

The mid-’90s saw Taurus getting the Scorpio treatment with a visually questionable aesthetic refashioning, but despite customer ambivalence, it was business as (un?)usual for America’s best-selling sedan. In 2000 Ford shifted over 380,000 of them, but under CEO Jac Nasser, Ford’s US operations appeared to lose its way, and this loss of focus saw Taurus lose its constituency, with both car and nameplate axed entirely in 2006.

Following the appointment of Alan Mullally the same year, this decision was summarily reversed, but leaving even a perceived gap in the market is  tantamount to losing it entirely, and with buyers already beginning a drift away from sedans, not to mention suggestions of lack of support within Dearborn, the public began to lose interest. Sales never recovered.

The current model was introduced in 2010, utilising the D3 front-drive platform, believed to have been developed for the Volvo S80. Now approaching its twilight years and with fortunes dwindling, the sands of time are running thin.

In a curious parallel with that of Cadillac’s XTS, the Taurus appears to be a model lacking a USP, and similarly, there seems more than a hint of product overlap. Because while the Taurus offers a lot of car for the money, what it doesn’t provide is much in the way of usable space, given its overall size.

A perception which becomes sharper once one considers what the lower-priced Fusion offers. This model, based on the Ford CD4 platform and twinned with the European Mondeo, has been on sale since 2014. Interestingly, it too has been subject to speculation over its potential longevity. 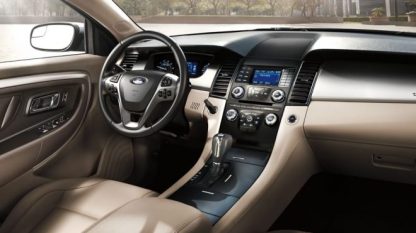 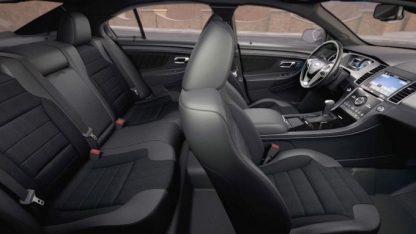 Comparing both, the lack of meaningful dimensional disparity becomes strikingly apparent. While 10.2 inches separate both cars in overall length, the really telling parameters are that of wheelbase and width, where in each case 0.7 of an inch is all the additional space one gets for the extra outlay. On the subject of vulgar money, $22,215 (list) gets you into a Fusion, while the Taurus opens the bidding at $27,690 – probably as near as makes no difference with negotiation.

All of which adds up to a car which has been on sale 8 years, was last meaningfully updated in 2013, feels cramped inside, lacks engine choice, and is perceived as dated against key rivals. A car Motor Trend relegated to last place in a five car test, saying, “the Taurus needs more than a refresh to compete in this segment.” A car that has fallen prey to a durable perception of being strictly rental or fleet fodder, – poison in image terms.

A poor or undefined image seems to be a symptom of the Taurus’ latterday decline, that and the steady encroachment of the Fusion into its segment. Clearly, it’s folly to have two car lines fighting over the same shrinking section of the market, but with a little more clear water between them, would the Taurus have retained more appeal? 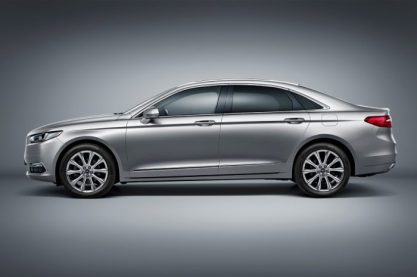 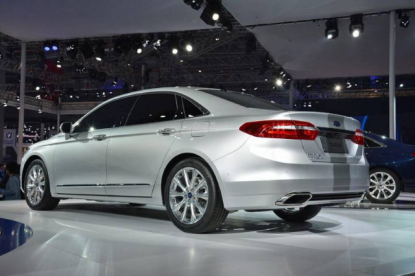 In 2015, a Taurus badged, but Fusion-based saloon debuted in China. With a longer wheelbase than either US car, and a distinct three-volume body style, it presented a calmer and arguably more attractive silhouette to its fastback counterpart. A Chino-American Skoda Superb (which may or may not be a good thing), but it didn’t happen and it’s probably too late now.

The US large mainstream sedan market lost 11.5% in volume terms last year, according to data compiled by carsalesbase. The 392,129 cars sold roughly equates to what Ford was managing with the Taurus alone at the time of the millennium. Taurus sales for 2017 amounted to 41,236, down 6% on the previous year, ahead of the soon to be replaced Toyota Avalon and twice that of the underperforming Buick Lacrosse.

Frankly, the situation isn’t a whole lot better in the sector below; indeed if anything, the reversals appear larger; the sector hemorrhaging 17.9% of its total volume last year, fuelling the hand-wringing in Dearborn over the Fusion, and by default, the Euro-Mondeo it fathers. With US sales of 209,623 in 2017, the mid-sized Ford retained 4th spot, but lost 21% over the previous year.

In Europe, Merkenich would kill for volumes like that; the Mondeo chalking up sales of 56,173, again down 21% over 2016 and like its US equivalent, maintaining 4th place in the standings. Nevertheless, of the major players within the European D-sector, Ford posted the biggest decline and is likely to come under increasing threat as rivals renew their offerings.

With the Blue Oval entering a period of soul-searching over whether to pursue the fading US sedan segment at all, or simply rationalise its offering, GM’s Chevrolet satellite is also weighing its options, with the Impala believed to be under threat. As the US big-hitters seem increasingly apt to jettison saloon model lines, could we be witnessing the beginning of what financial analysts might describe as a ‘run’?

The vital signs for the large American three-volume sedan are not good, perhaps because it offers too rigid a formula to the US customer, one which now feels rooted firmly in the past. But while it seems a mass extinction at Taurus level is imminent, what has the sedan to do to survive? Because regardless of what is occurring now, one could question the wisdom of abandoning the sector entirely.

Does the answer to all questions come in SUV form? Surely it’s not difficult to envisage a well designed, practical, durable, mechanically rugged and more versatile evolution of sedan commanding a viable market across wide swathes of North America. Because if the domestic carmakers don’t make one, someone else just might.

12 thoughts on “Victim of Stars”