VW’s staple supermini proves that too much of a good thing is still too much. 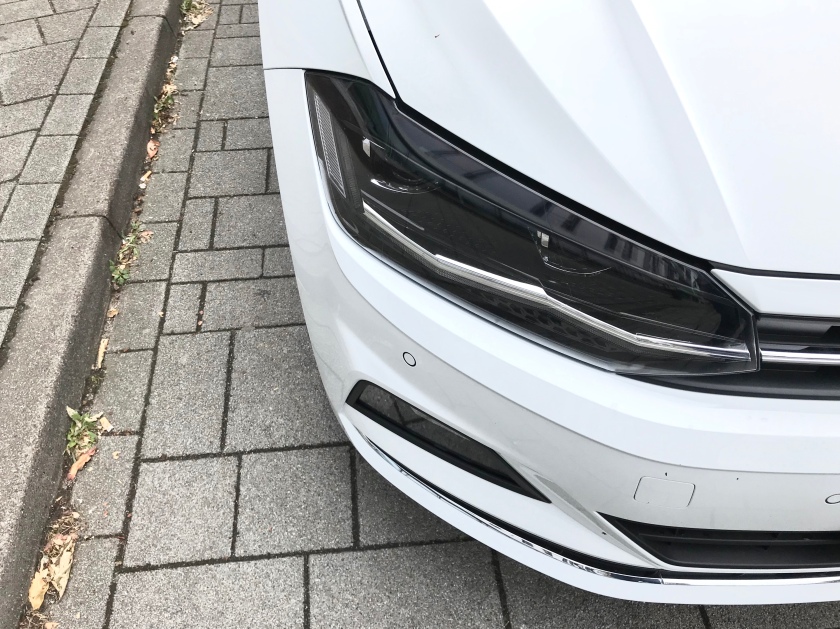 The Volkswagen Polo may never have matched its bigger brother, the quintessential Golf, in terms of significance or profit margins. And yet it was the previous generation of this car, the Polo V, that proved how serious VW’s then new management under (now) notorious CEO, Martin Winterkorn, was about redefining the brand.

The Polo V was a bit of a minor masterpiece – not just by the standard of this class of motor car. Assured, restrained, with an almost imperceptible, yet clear elegance in its surfacing and discreet detailing. It was, in short, almost everything the Polo preceding it (a heavy-handed facelift model with chintzy rear lights and the brand’s ungainly Plakettengrill at its front) wasn’t. Which leaves the question what this all-new Polo of 2018 has to say about the current direction of the Volkswagen brand. 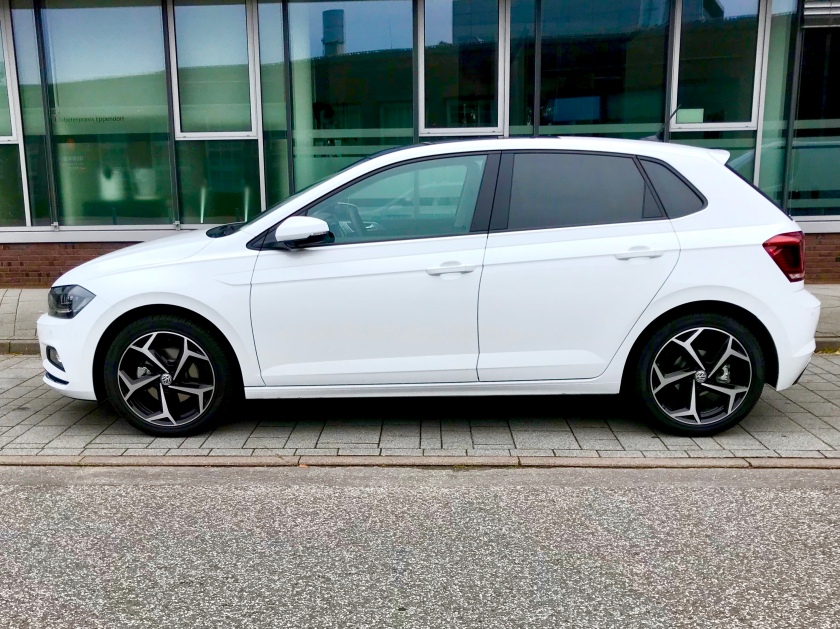 Perplexingly, a first glance at the car immediately suggests that this Polo is somehow related to the most recent BMW 5 series. Both share a spear-shaped feature underneath the side windows/DLO, which constitutes the most apparently obvious change to the previous car in either case.

Like the BMW, this Polo VI follows in the footsteps of a successful, well regarded model generation, which explains why both cars appear like reskins, rather than the all-new models they are. In terms of stance and proportions, both the Fünfer and this Polo appear remarkably similar to their respective predecessors.

It is therefore on the skin where the main differences between this Polo and the previous generation can be found. To stretch the metaphor, one could say that this is where the scars of the surgery performed on the previous model’s design, in order to keep it supposedly up to date, can be spotted. 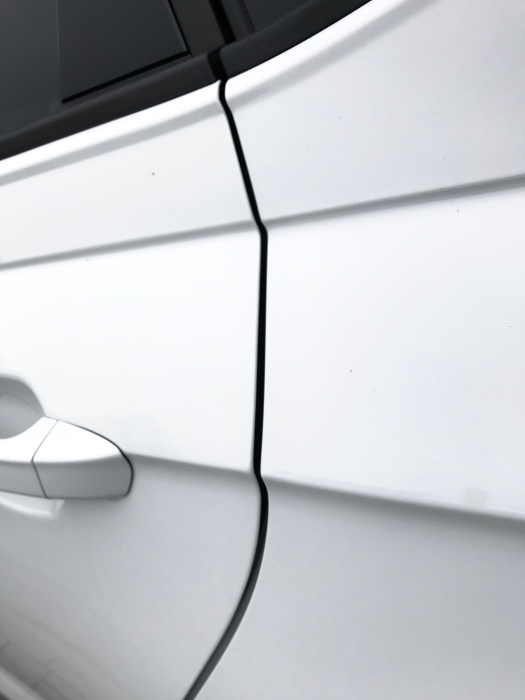 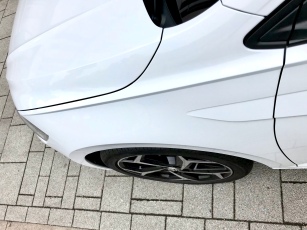 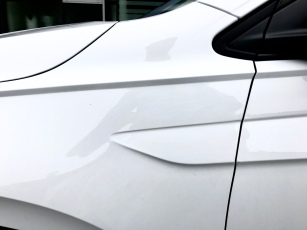 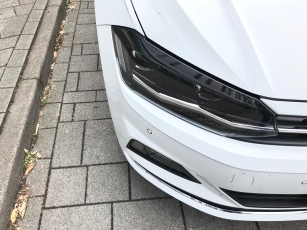 As with many other recent VW designs, the Polo VI’s form accommodates a perplexing number of  sharp creases and corrugations. This element – reportedly so extremely widespread among VAG’s different brands due to Martin Winterkorn’s personal preference for such a form language – is impressive from a technical point of view. However, aesthetically, it is quite irritating.

Rather than assuredly self-indulgent, the surfeit of folds and creases could be perceived as rather unsettling. Even more so as VW obviously weren’t going for out-and-out excess à la Sensual Purity® or Waku-Doki, but tried to keep up appearances by using a more technical form language.

Thankfully, the Polo’s grille does without the lower indentation that has recently been introduced with the brand’s more upmarket Arteon and Touareg models. Unfortunately, the Polo makes up for this with a highly awkward zig-zag chrome detail underneath its headlights, which houses the daylight running lights and separates the main light units from a purely decorative mesh insert. All of this is covered by one piece of glass.

The body coloured strip atop the grille (which graphically justifies the indentation on the aforementioned models), probably added in order to ‘create interest’ and act as vanishing point for some of the many lines adorning the bonnet, lends this Polo’s frontal aspect a droopy quality absent from its assured predecessor.

The busy, pointy, semi-aggressive graphics of the light units and front skirt (which features more than one layer of air intake, which appears a bit excessive on a supermini) may or may not have been styled in this way to make up for the weakened basic graphics of the grille. 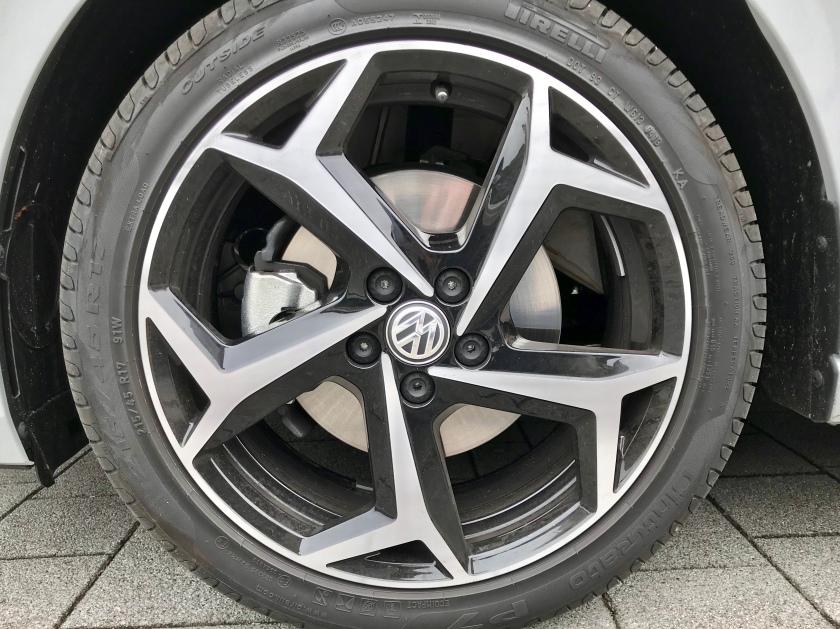 The wheels fitted to the Polo VI pictured, though obviously not standard equipment, encapsulate the predicament VW design currently finds itself in. Featuring an aggressive, blade-like appearance, contrasting colours and plenty of ‘yoof appeal’, these wheels make it abundantly clear that this ‘ain’t your grampa’s Polo’.

However, there are still at least as many pensioners and middle-aged women about to whom the Polo ought to appeal as well, which is why not all of the basic style of the Polo V, overwrought though it is in this incarnation, was completely abandoned. But as with all supposed ‘jacks of all trades’, this sixth generation of Polo struggles to master any of the aesthetic domains it is supposed to cover.

Incidentally, its rear aspect is where the Polo VI deviates the least from the path its predecessor had set. The crease above the VW logo is obviously too prominent, and there generally are too many lines in present as well (particularly the one underneath the rear lights, which is not quite continued on the hatch’s lid, grates), but the rear is the most satisfying aspect of the car’s design nonetheless. Relatively speaking. 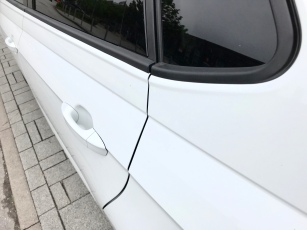 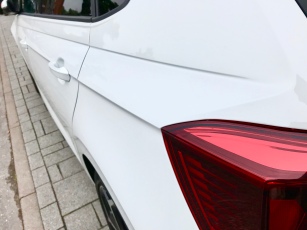 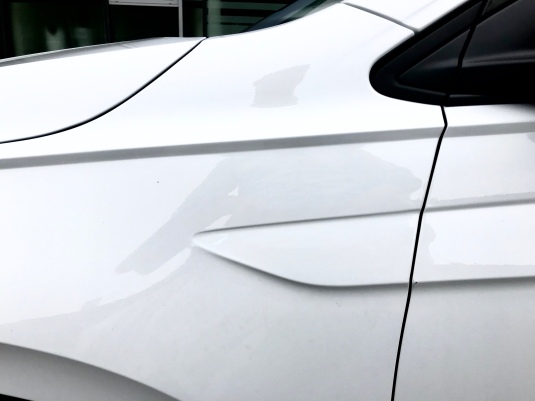 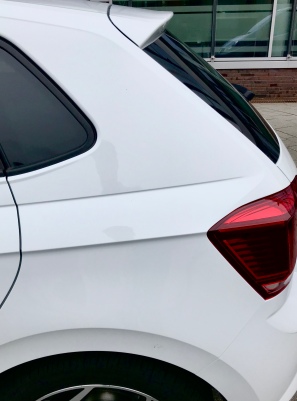 The Polo VI is not the first VW trying to cater to the more fashion-conscious end of the market. 15 years ago, designers Murat Günak and Peter Schreyer had also been tasked with adding a bit of pizzazz to the supposedly accomplished, but dull Lower Saxonian brand of car design. The result of this was a succession of utterly misguided, ill-proportioned, tangibly false aspirational models, whose damage to the VW brand was rectified by, among others, the outgoing Polo V.

VW’s newest models are not quite as inept, but prove once more that the core values of Volkswagen do not lend themselves to a fashionable approach. And that pressing as many lines as possible into as small a sheet of metal as possible does not make for a great piece of design.