While some Chryslers left the showrooms wearing Lancia badges in recent years, Fiat also had a chance to raid FCA’s American store cupboard. This one is the Fiat Freemont. The best information available shows the car is still in production but not as a Fiat (making it a nine-year old product).

I had a short look at Fiat Germany’s website to check: I found a large number of badge engineered cars and I must come back to that. Who sells the most badge-engineered cars today? That’ll be interesting to investigate if Fiat wins that prize. But I want only to draw your attention to the unhappy A-pillar of the Journemont.

My contacts who have contacts working at Chrysler inform me that very little time is spent in the clay modelling stage, that most work is done in CAD. You might imagine the time saved by the speedier CAD iteration process would allow designers and engineers to tailor details a bit better even if the overall car might lack the finesse permitted by slower clay modelling.

No. The A-pillar has been left at first-pass status or looks that way. The puzzling aspect of it is that it is not wildly wrong but slightly and noticeably wrong. 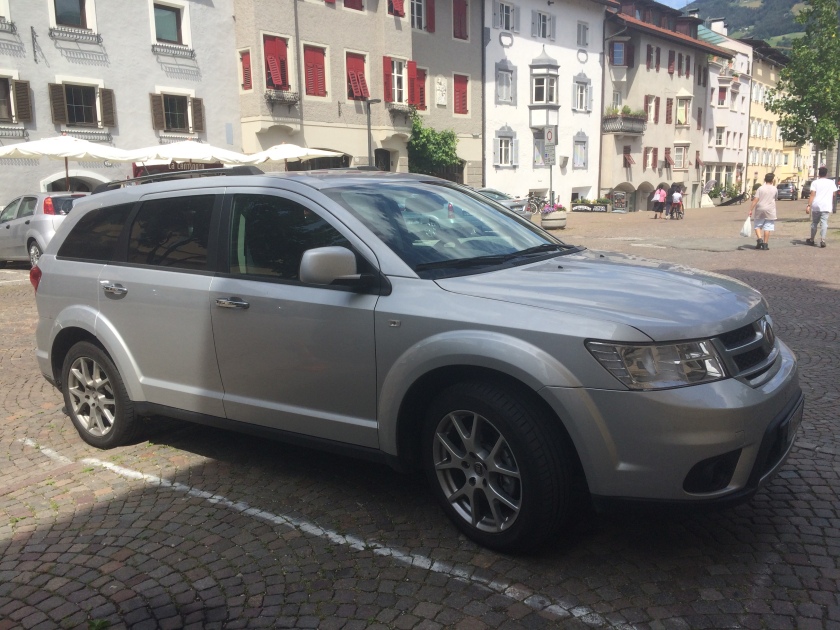 The design fails the “would you draw it that way” test. The most unsettling part is the point where the curve of the door shut line dives into the black plastic mirror sail panel which itself has a curved outline.

Generally gestalt theory would lead one to expect that the fact the mirror sail “owns” its outline would mean the eye would not want to link the two curves. However, so strong is the conjunction that this does not happen. In isolation that double-curve is not a shape you’d want to draw.

Solving this problem requires a thorough overhaul of the entire area. That’s why they didn’t do it. The door shutline needs to move to be one with the DLO or moved up and over. The shape of the mirror sail needs to be altered so it does not nip off part of the A-pillar. Perhaps the trailing edge of the bonnet needs to be moved forward. That’s hard because there is no obvious place to move it to so it looks acceptable.

More dramatically, if the windscreen was further back and more upright the collision of the mirror sail and shutlines could be avoided altogether. None of that is trivial. A more upright windscreen would still have fitted with the overall look of the car.

This kind of sloppy detailing seems to me to be emblematic of FCA’s slipshod attitude to their cars and their customers. That and the very idea of trying to shoe-horn a car like the Freemont into the Fiat range in the first place.

The engine is a 2.4 litre four, a format/displacement combination I particularly hate (even in the Citroen CX) – it’s got the displacement of a six and the refinement of a four or the worst of both worlds. The Freemont was big and cheap and Fiat probably stuffed it into the range where a Ulysse or Croma might have been if they had a credible model strategy.

16 thoughts on “Only Then Can The Quietude Commence”