We return once more to my desperate attempt to make design semantics interesting to people outside the design profession.

Far from being a distant irrelevance to those practicing design, researchers cotton on to things which merely take time to be understood.  If we are wondering today why current design is so over-wrought, there are those to whom this will not be a surprise.  Should you be so diligent as to

read this article by Dagmar Steffen you will get the full picture. I believe the article dates from about 2008/2009. It draws on the Offenbach theory of product semantics. We discussed this a while back (allowing me a chance to show a lovely black Rolls-Royce Silver Shadow).

The article presented this diagram (you remember that): 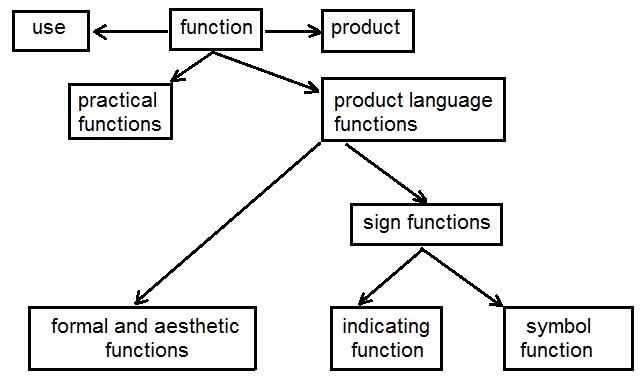 And if we look at the category “formal and aesthetic functions” we find that amongst the means available to a designer to signal a new products is the possibility to vary these antagonistic parameters, order and complexity.

The key point of the Offenbach product semantic theory is that “innovation – both technical and socio-cultural innovation – is communicated by means of product language. In this respect, the designer plays a crucial role in the innovation process.” Where there is no discernable technical innovation, designers must turn to formal means to communicate newness.

The unhappy part here is that this means doing something formally different and if the existing designs are calm and orderly then the opposite will follow.

Although this process is not binary. What we have seen is a gradual move from the left side of the diagram (simple) to the right (complex) and the swing has not finished.

Historical examples of the formal shift would be the marked tendency of Modernism to use very simple forms. In this instance the very best examples of Modernism made a huge impact compared to even very good classical architecture. All one had to do was put a plain concrete and glass building into an existing street of brick and stucco constructions and there would be a building of stark formal distinction. 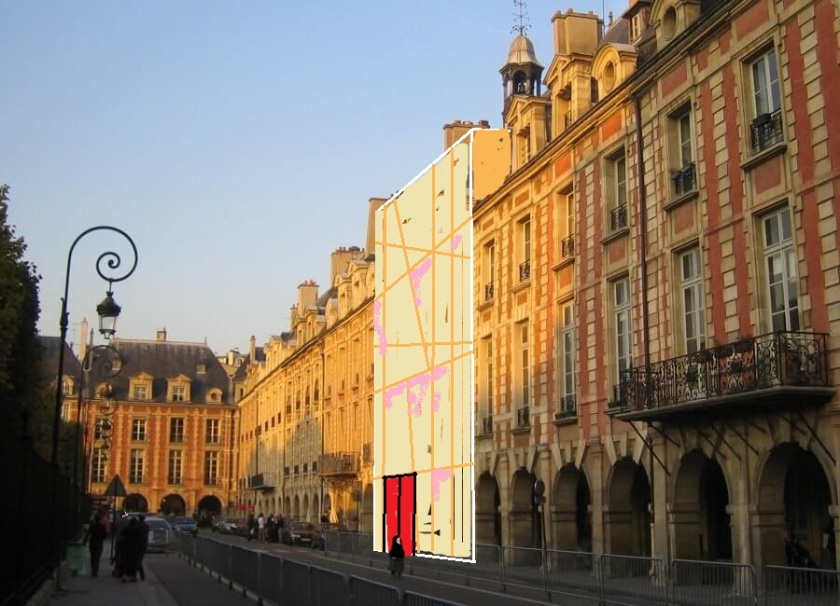 The author Dagmar Steffen points out that after fifty years of design reduction in architecture there was a turn towards complixity and decor:

” During the decades between the 1920s and the 1960s, the modern avant-garde was quite successful in communicating the innovative character of modern architecture and product culture. In all fields of design the complexity of traditional forms was replaced by a high order of simple geometric forms and the elimination of ornamentation, which contributed to this as well. Only after the International Style became dominant did high order turn into the negative. Concurrent formal means that contribute to high order had forfeit their power to communicate newness and innovation. Thus, in an environment where the dominant style is characterised by order, its antagonist, i.e., complexity, regains the ability to draw attention. Accordingly, in the 1970’s and 1980’s the upcoming partial styles such as High-Tech, Alchimia or Memphis showed complexity.”

There were intricate arguments given in the 1970s about the justification for a return to complexity. I wonder if they were post-justification i.e. the architects could not do any more simple forms and so turned back to decorative ones and then looked for a reason (they called it Post-Modernism) to justify it. That kind of reasoning sounds a lot better than saying simply “we needed to do something different”. On reflection I think that was all that drove the change. They got bored with simple.

The article ends with a point that expresses something I have been thinking for a while: “Furthermore, at least one century of intensive searching for new, distinctive and surprising aesthetical effects is behind us. It seems that almost the full range of formal means has been tested and checked out. The creation of artefacts that represent a striking formal contrast to the already existing is becoming increasingly difficult.”

Absent technological change, it will be hard for designers in the automotive sector to keep pushing the trend to increased complexity before coming back to the territory they tried to discredit, namely calm and elegant shapes.

** Now just look at that Bentley. That embodies the finest of English styling. Whether or not you own one of those it is an object of very considerable beauty.