Taking a turn through the eerily empty halls of the 2018 Mondial de l’Auto with Auto Didakt’s Christopher Butt.

It had been this author’s intention to attend this year’s Paris motor show, but a variety of factors conspired to prevent this. It was however of little consequence, because as the weeks counted down, it became increasingly clear that given the sheer number of non-attendees at manufacturer level, one wouldn’t be missing a great deal.

And so it came to pass, as evidenced by Driven to Write’s frequent contributor, and curator of Auto-Didakt, who by contrast did attend Wednesday’s press preview. Unfortunately his time was short, so not all of the Parisian delights could be sampled, largely owing to the arrival of a certain head of State, his entourage and (more to the point) his security detail.

So instead of a more detailed, blow by blow reading, we must settle for an overview of some of Porte de Versailles high and low-lights.

BMW 3-Series
Personally, I swore blind that I would not dignify this sorry confection by so much as mentioning it, so I will merely point you in its general direction and leave it to the good Mr. Butt to place it into some form of meaningful context…

“This is the car BMW must not get wrong, under any circumstances. But they did just that, which results in a car that looks tacky, confused and cheap. The current Audi A4, which is renowned for its convoluted design process, looks effortlessly confident by comparison.”

Toyota RAV4
Next we are presented with what happens when your waku gets confused with your doki. The result is a car which looks like everything, all at once. Our Auto-Didakic cohort had this to say… 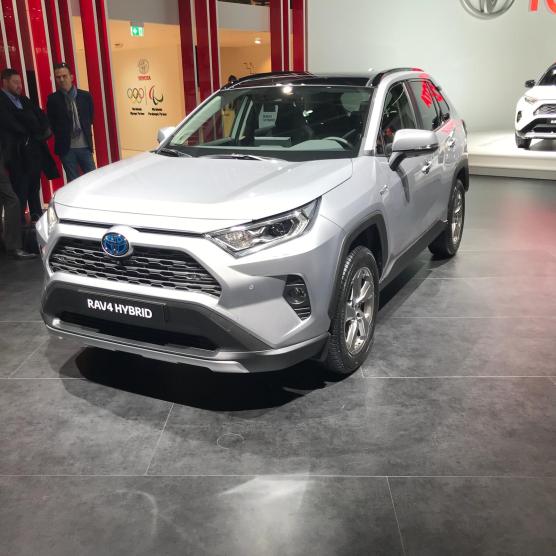 “A decade ago, this car would have been laughed at by the unwashed masses in the same way as the poor Fiat Multipla was. That the world’s most successful car company believes this kind of form will sell well (and is most likely to be correct about that) gives reason for concern.”

BMW iX3 & Mercedes EQC & Audi e-tron
The German ‘big three’ metaphorically speaking at least, flick the switch. Or to put it another way, dip a tentative (or should that read ambivalent) toe in the water. Didn’t anyone tell them that water and electricity are a potentially lethal combination?

“These are rebadging efforts on par with a Cadillac Cimarron – silly ‘futuristic’ badging and the boundless application of awful shiny plastics to what obviously still are utterly mundane family cars isn’t appealing to either early adopters looking for ‘the next thing’ or range-anxious fathers and mothers who actually just want a regular diesel, but are confused. That ‘the country of engineers’ deems such a deeply unsatisfying approach good enough is worrying – on many levels.”

Tesla Model 3
Ah Tesla. Weren’t they supposed to have taken over the World by now? Here in the old World the Model 3 remains an automotive unicorn. But any day now, we’re reliably assured. Then we’ll be sorry…

“The Tesla stall was most dimly lit in the history of motor shows. Were they excessively keeping tabs on the electricity bill? Or did they want to make it as difficult as possible for visitors to check out the Model 3’s build quality?”

Peugeot E-Legend
How odd. Having finally laid the risible ‘Drive-Sexy’ period to rest and successfully reinvented their styling language, Peugeot elects to show this – a not unattractive, if rather redundant concept à la Bertone B99. Nice, but irrelevant. But what does our German correspondent think?

“Even ignoring the awkwardness of an autonomous electric retro coupé, the Peugeot’s stance and even some of the detailing didn’t really convince. Combining a muscle car-like lower body with a greenhouse of an almost Lancia Fulvia Coupé-like architecture results in a surprisingly discordant overall impression. The liquid silver exterior colour and turquoise velvet interior were delightful, however.”

Skoda Vision RS
Having already devoted a good 500 words to this subject, there is little point in rehashing them, but what I will say is that while it may not be the saviour of the automobile (nothing of the sort was in attendance at Paris I’m afraid), it’s a darn sight more convincing than a lot of the more storied offerings. But don’t take my word…

“Overdone boy racer details apart, the newest Skoda (still developed under Jozef Kabaň) once again proves that the Czech brand is / was the one with the strongest design identity within the VAG realm. The sharpness of the creases isn’t overdone à la Audi, the graphics are clear and the stance is superb. Let’s hope this truly is an indication of BMWs to come.”

Audi A1
If the previous Audi A1 resembled (as a contributor once memorably pointed out) an angry three year old, its replacement can only be described as its older equivalent in the throes of a monumental strop. Run screaming…

“If this was a one-off Lamborghini supermini, it’d make for an amusing experiment. Unfortunately, what Ingolstadt created here is the most unpleasant small car of all time. It will obviously sell (mostly for the wrong reasons) and set a precedent. This is anti-social styling in the spirit of a 15-year-old Top Gear fanatic’s wet dreams. And a new low for the increasingly confused, desperate brand from Ingolstadt.”

Renault EZ-Ultimo
The third of Renault’s EZ-themed electrified and autonomous concepts, the Ultimo previews it is said, a vision of a high-end limousine, with an ethos of providing luxury for all – at least for an hour or so. Glass slippers optional, one assumes. Our Auto-Didaktic critic however came away impressed. 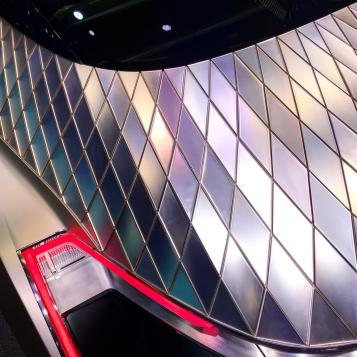 “As a glimpse of the (autonomous) future, Renault’s final EZ concept is mostly pointless. However, as a playful exercise in futuristic luxury, it’s quite endearing. The materials certainly are an antidote to the shiny black and silver plastics the Germans now consider premium (the EZ-Ultimo’s tiles possessing an almost mother-of-pearl-like sheen) and the proportions of this self-driving, low carriage make an attempt at defining elegance for an engine bay-free future. Not all of it works, but this concept car does possess genuine flair.”

But finally, perhaps the real star of the show was this, making its second appearance in fifty years. The new XJ was not (as had been anticipated) in attendance, but this fine example of its more storied forebear, while not quite stealing the show, certainly stole hearts…

So there you have it. A decidedly lacklustre Paris, plucked and roasted for your comfort and above all, convenience.