The advent of a defining car, while largely something of a singularity, can only truly be recognised as such once a period of time has elapsed. Over time, the Ford Motor Company has created a number of cars which have in their way, defined their eras, largely due to their ubiquity, and popular appeal. However, the number of truly outstanding Euro-Ford car designs are fewer in number.

The 1998 Focus recalibrated not only what a C-segment car looked like, but how it could perform. An epoch-making car which sent rivals scurrying back to their CAD screens, it changed the way family hatchbacks were perceived – and for a time at least, designed.

The Focus’ predecessor in its myriad iterations was an unreservedly mainstream product. At best, class-competitive but at worst, cynically ill-conceived and poorly wrought, perhaps none more so than the 1990 Escort Mark V, a car so far off basic competence that it is said to have precipitated something of a palace coup within Ford’s Köln-Merkenich and Dunton engineering centres.

Ford’s accountants and conservatively-minded product planners were behind the Escort’s V’s dreary expedience, one only partly leavened by its heavily revised VI successor – a car which took the Escort experience from abysmal to broadly competent. But by the mid-90s, a new regime in Dearborn, headed by Jac Nasser, allowed Ford’s European engineering teams a much freer hand, and a far more generous budget.

The Focus’ engineering team, was lead by Richard-Parry Jones, but included such figures as Ulrich Eichhorn, Franz-Josef Laermann and Tony Pixton. This group of engineers set about producing a chassis layout, while conforming to cost and build parameters, was honed with keener drivers in mind.

The key to the Focus’ newfound dynamic ability lay partially in the careful honing of bushings and mountings, but more fundamentally in the purpose-built ‘Control Blade’ fully independent rear suspension – a novelty for a sector for which varying forms of twist beam had been the norm.

The Focus’ sophisticated rear end lent it a sensitivity, accuracy and sophistication which placed it at the forefront of the sector. And conforming to the LJKS adage of ‘what’s good for handling is also good for ride’, the Focus rode with a suppleness which belied its relatively humble market position. Coupled with precise, accurate steering, it was a revelation. 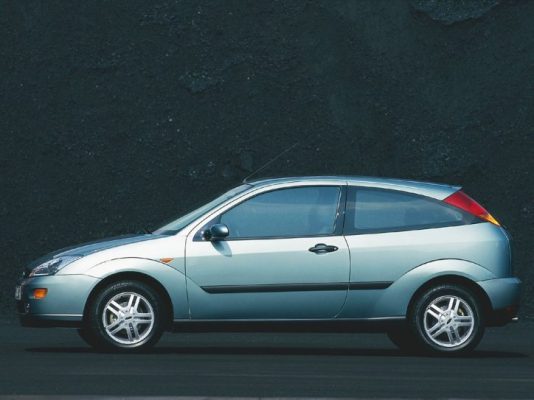 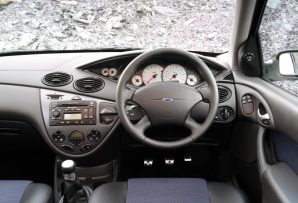 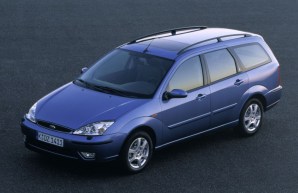 The Focus was also well-packaged, it’s long wheelbase ensuring a spacious cabin and commodious boot. But it was its appearance which truly showcased Ford’s determination to reset the dial. Perhaps the most radical production shape from Köln-Merkinich since the 1981 Sierra, the Focus’ bodystyle, believed to have been the work of Boris Jacob (later, chief designer, Advanced Concepts at Opel), working under the supervision of John Doughty and Claude Lobo, was unlike anything then on offer.

Said to have been a continuation of Ford’s contemporary ‘new edge’ styling theme, the Focus, with its distinctive silhouette punctuated by sharply defined graphic elements, combined rationalism with show car flourishes. And while the market was transfixed by the cool discipline and finely detailed quietude of the ‘Ulm with a view’ Golf IV, Ford now offered a markedly different approach, both visually and dynamically.

With a strong, modern range of engines, a practical, commodious (and strikingly designed) cabin, coupled with the kind of dependability for which the Blue Oval was known, the Focus looked set to dominate what was a fairly narrow sector – its fiercest rivals being that of VW and Peugeot.

But while the press lauded Ford’s daring, customers were less easily swayed, more of them opting for the calmer conservatism of Wolfsburg, or the newly fashioned, capable and far more versatile Mégane Scenic. So while first generation Focus models sold strongly, it didn’t quite prove the market-leader Ford had hoped, leading them to dial back the radicalism somewhat for its 2004 successor.

Nevertheless, the Focus forced all of Ford’s European rivals to raise their game, so much so, that for a few years at least, independent suspension became a far more common fitment to C-segment offerings, as indeed was the notion of superior dynamics.

With the Focus (and much of its immediate pre and post-millennium product) Ford really did give you more, democratising excellence to the benefit of the customer (who perhaps didn’t necessarily appreciate the gesture), if not to Dearborn’s bottom line.

Twenty years on, and the Focus has lost its individuality and in its current iteration marks a repudiation of some of the founding model’s guiding principles. Rigorous control of cost and the necessity to scrape any discernible margin being more pressing concerns than offering the customer more than its rivals. High ideals don’t pay the bills, and as Ford contemplates the prospect of an even more fundamental retreat, we could be witnessing the Focus’ swansong.

The dilution of the nameplate’s substance could be said to stand as a metaphor for a broader loss of focus, but that’s probably a little simplistic, given that the European c-segment resembles a very different animal some two decades after the model’s debut. But by the same token, something similar could be said about Ford.

With thanks to SL.