Badges are extremely important details on a car. Take them away and a wholly disproportionate amount of identity vanishes with them. So what are Skoda doing by deleting their arrow logo? 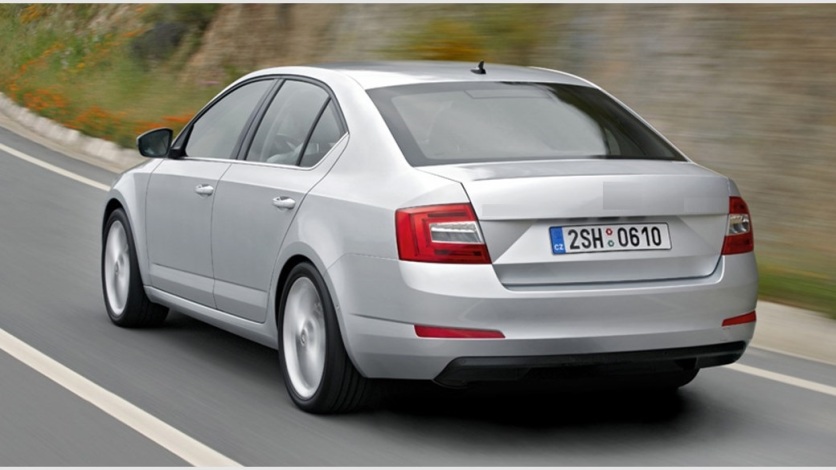 Prompting this story is the announcement (here and here and here) that Skoda are having a stab at a more obvious competitor for the Focus, Astra, 308 and, I suppose, Golf and whatever it is Citroën offer in this class (I can’t visualise it).

The promotional copy from Skoda is hard to take very seriously: “Skoda has released the name of its new hatchback, a small family car set for launch before the year is out. The name Scala has been inspired by the Latin noun scala, meaning a stairway or ladder, as the Scala will see the whole Skoda brand scale new heights.”

Oh dear me. I am probably never going to get invited to a Skoda launch at this rate but let me be diplomatic and say the copy-writing does not quite reach the standards set by the quite fine cars Skoda sells. Is that polite enough for you?

The lesson we learn from Skoda is that symbols have more power than words. You learn that when you remove a symbol and replace it with a word. The word has less power. “Living up to its name, Skoda Scala will also spell a step up in the evolution of the Skoda design language. The Scala will be the first European production car with the conviction to give prominence to the Škoda name in the middle of the fifth door”.

In place of the century-old arrow which expresses speed and also evokes the rather wonderful history of the brand (even the badly made Communist era cars were full of character and charm) there is a word hammered out in a bland script. It’s not Arial, thankfully but might as well be.

This reminds me of the time Renault dropped the word “Renault” (good idea) and relied on their diamond logo to carry the cars’ identity. I presume marketing insisted it went back on again, minus the nice serif font they had used for a decade or more.

I want to underline the point that Skoda is not enhancing its image but diluting it. The Indian arrow went on the cars through thick and thin. It had been carried up with two decades of strong products. To ditch it at the point people really believe in the cars is some form of self-harm.

Having thought a lot about design semantics lately I realised most semantic entities are ultimately based on affordances – what something looks like it can do. That then evolves into a product-design form-language which are the forms we associate either with a class of artificial objects or more specifically a brand (BMW’s hofmiester kink, Buick’s ventiports, Alfa Romeo’s shield grille).

Add that to the Laurin & Klement script and there is a very powerful statement of their best cars’ pedigree. Ditching the green and white symbol thus is ditching the only visual link to other Skodas and the brand’s heritage. Absent that, there is nothing at all in a Skoda’s appearance that says Skoda. S.K.O.D.A spelled out in bland letters does not say Skoda like a badge can. Symbols have impact. Words … much less so.

16 thoughts on “Should We, Can We Rewrite The Poems In Sintra’s Heart?”