The 56th European Car of the Year announcement is almost upon us. Robertas Parazitas looks at the hopefuls and their prospects. 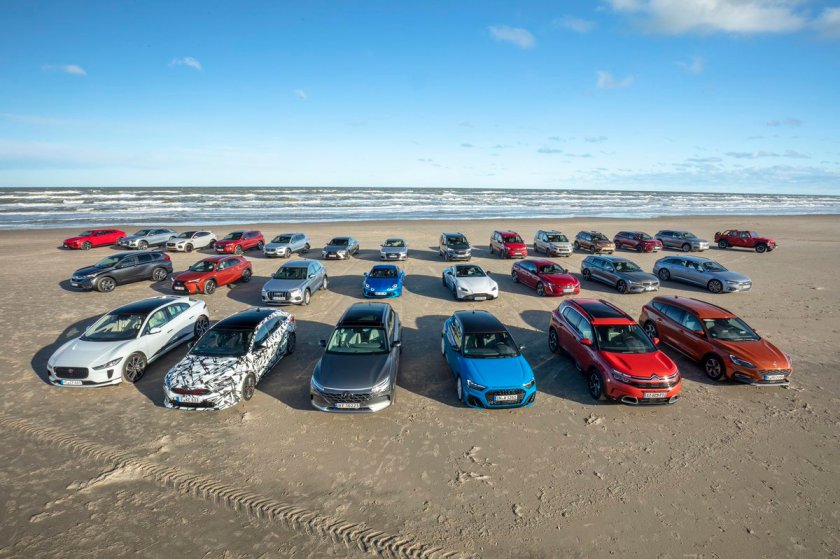 Lest readers need to be reminded, these are the favoured ones which made it through to the long list:

In the days when ECotY was restricted to European products the continent’s carmakers would have done well to deliver seven products of significance in most years. Broadening of the net worldwide, and the fecundity of the industry has changed all of that. The long list ran to 42 candidates. Six new BMWs, and five cars each from Audi and Mercedes Benz failed to make it to the shortlist. 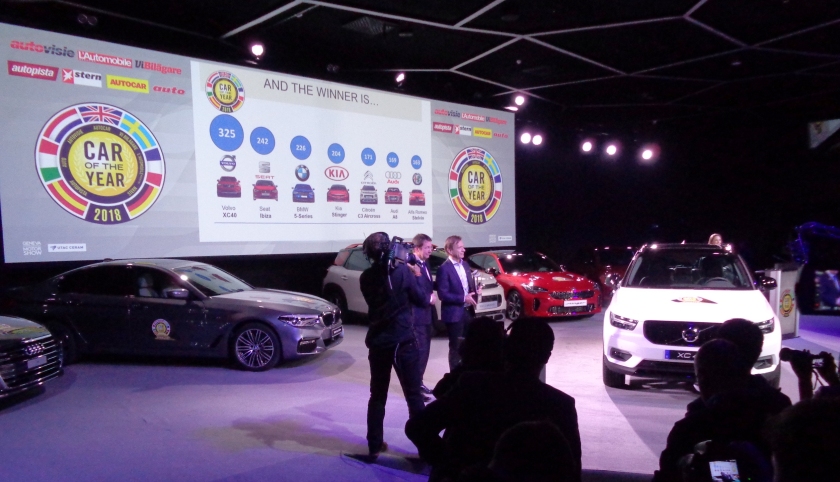 It’s a reminder that weighed in the balance, ECotY is but a daft game driven by prejudices and loyalties, despite the genuine earnestness and august standing of those chosen to judge.

Herr Butt and I found consensus on the cars we would like to win – the Alpine and the Jaguar EV.  They are the only two of the seven to have a characteristic of ‘otherness’.

We’ve been familiar with the i-Pace long before Jaguar Land Rover was customarily prefixed with “troubled carmaker”.  The company has managed a European first with a mass produced high-performance, long-range EV, and the i-Pace continues to be a bright spot – a pointer to a viable and distinctive future direction for Jaguar.

In those tedious matters of sales numbers, its greatest achievement so far is being The Netherlands’ best-selling car in December 2018, helped somewhat massively by an impending change in the taxation of company-owned premium electric vehicles. For the record, the i-Pace achieved 2620 registrations, and took 13% of the overall market, well ahead of the second-placed Tesla Model S.

I suspect that Christopher – perhaps understandably – leans in favour of the Jaguar. I’m uncharacteristically passionate in my advocacy of the Alpine. The very fact that it even happened is remarkable enough, but it’s the thoroughness of the job and the purity of the design that is impressive.

It’s true to the spirit of its ancestors, reverential in its styling rather than being ‘retro’. And despite being reassuringly expensive, the Alpine is a sales success, with demand far exceeding supply. Is it too high a hope that the jury might break with custom and go for something which neither represents the mainstream of the old era, nor the new world ahead, of electrification, autonomy, the supremacy of information technology, and the re-invention of carmakers as ‘mobility providers’?

I strongly suspect not, despite the less than appetising fare on the rest of the menu. The remaining five are reiterations of what has gone before.  There’s some technological progress, but it’s of the sort being made by the rest of the “Gasoline Swine” to borrow an epithet coined long ago by LJKS, and which seems more apposite than ever now.

Perhaps a more entertaining exercise is putting aside passion and prejudice to try to guess the winning car.

Remember that the ECotY victors have typically the sort of safe, practical and efficient machines which will give a reasonably affluent northern European family ten or more years of trouble free service. Infotainment and NCAP-favoured active safety features are a big deal, but everyone does them these days. Have any of the three C segment hatches got enough appeal to draw the necessary votes?

Of the remaining two, only the 508 makes a case to me, because it looks so good, and is backed by Peugeot’s belief – as expressed by M. Imperato and Carlos T – that a car of this sort is at the heart of the brand’s character. Yet the 508 enters a sector seen by many as moribund, and its manufacturer admits modest ambitions for production numbers.

My inner gambler is favouring the other PSA product on the list.  Let’s see…

5 thoughts on “Hopes May Rise on the Grasmere”