Good fortune placed a three-door 1998 Ford Focus (Series 1) on my street so we could conclude our Blue Oval-themed week on a high note.

Before I started the analysis I knew the Focus to be a really strong design. After all, it still looks thrilling 21 years later. Visual richness, hello. I didn’t know the underlying structures were so complex. Almost nothing quite lines up: the scaffolding off of which the graphics hang is itself seemingly in motion or is composed of shifting progressions. I have not even considered the front and rear views. Did Ford’s designers do this intuitively? Or was it considered?

There is that angular bonnet to wing line which artfully conceals the roundness of the car’s profile. The three-sided lamps cut a bit into the flange off the wing, a quite shallow pressing. The grille is modest, composed of a truncated oval. The graphics of the bumper are not so tidy and were revised for the Series 2 car without harming the main theme at all. 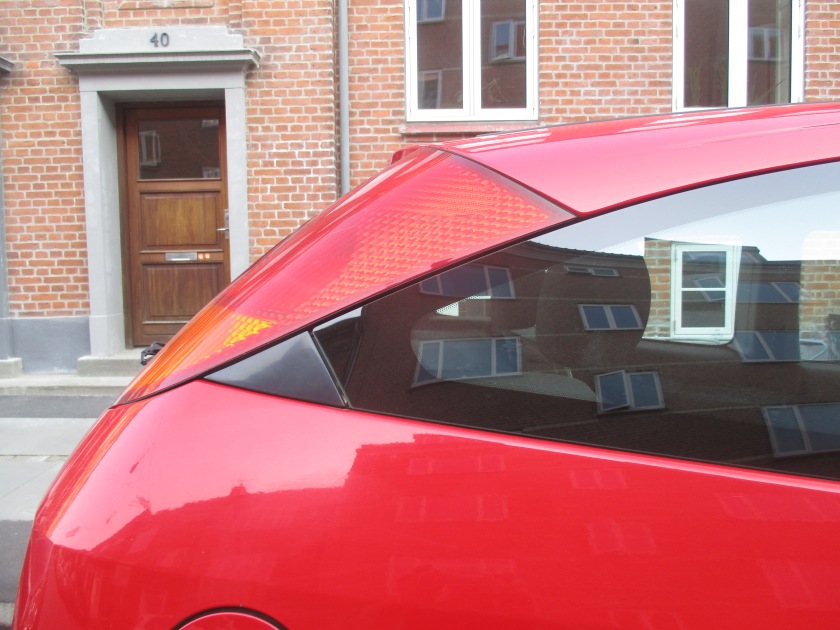 The high rear lamps are a master-stroke: functional and distinctive. It’s a pity the accountants or engineers could see their way to avoiding the little cheater panel at the end of the side-glass. 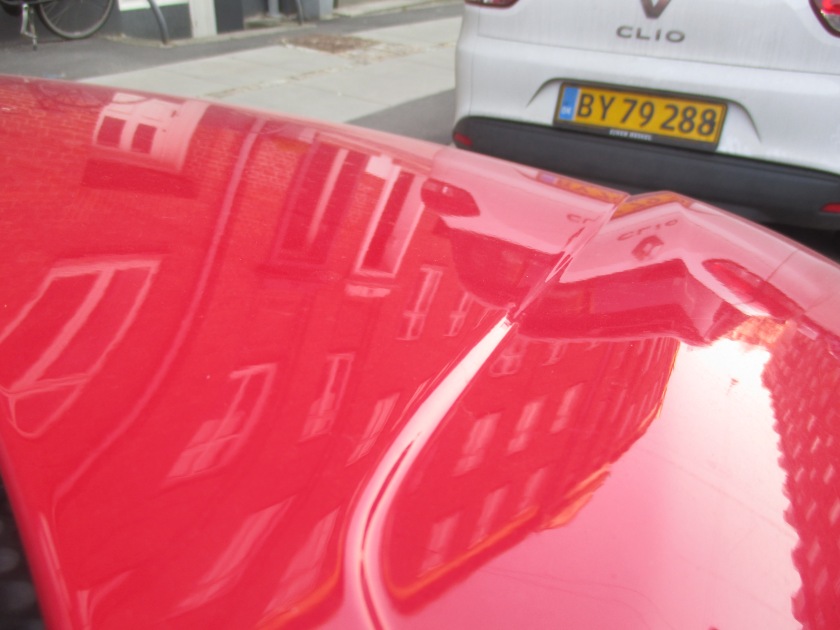 This the bonnet feature, not a power-bulge but crests over the front wheels. I think it’s a more complex surface than it looks at first glance. 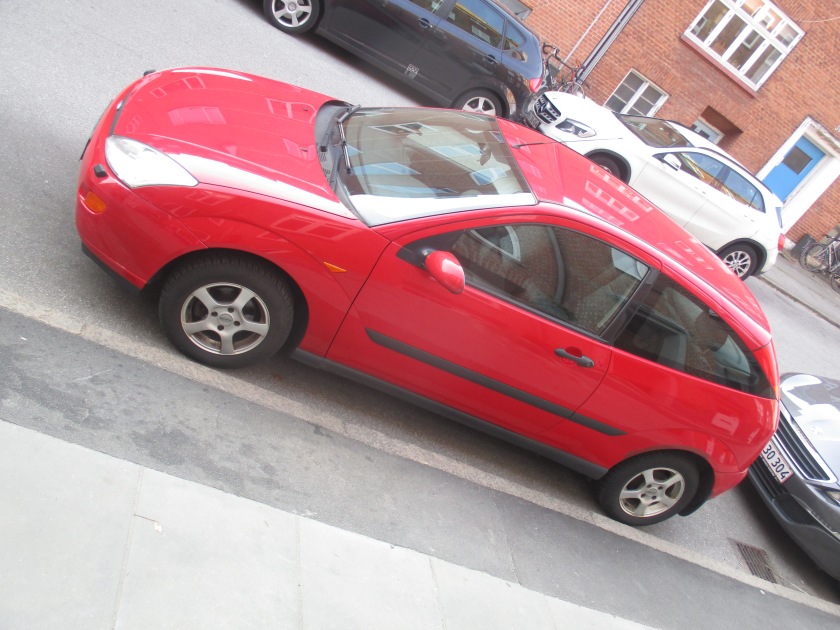 There came no copy-cats or directly Focus-influenced cars despite the earthquakes the shape set off. Instead designers around Europe saw what could be done and tried their own revolutions.

I am big on classifications. What should this be called? It’s a high-concept design; it’s not functionalism, it’s modern though and Modernist. If it’s expressive the challenge might be to say what of. I can’t see any obvious use of semantic references beyond the obvious car-related signifiers. By this I mean the shape is not dependent on other forms for its meaning.

It isn’t aggressive; it’s not gendered (or is it?). It is certainly not Ford or Opel’s default “modern vernacular”. This could take some time to sort out. That complexity is also what makes it interesting in the way the preceding Escort was so obviously not.

(Note: I consider the 1998 Focus a “graphics car” and have not considered the surfacing very much at all. The current Focus is, in contrast, a master-class in surfacing which is a factor not so apparent in the photos you may see. The examples I have spotted suggest an unusual richness of surface.

And the paints are emphasising the opulence too. I am prepared to concede the gross form of the current Focus is difficult to characterise. In the metal it compensates and projects the impression of an expensive car in the way few actually expensive cars are managing.)