Northern Europe’s largest classic race takes place over this weekend, from 17th to the 19th. I sneaked into the race paddock to look around. For once, DTW has something like news, in the form of this sketch of my snooping around the race paddock yesterday evening.

The event is called Classic Race and attracts an impressive number of classics sports cars. I noticed Ford, Alfa Romeo, Triumph and BMW vehicles made up a disproportionate number of the participants. Of those, Escorts, 2002s and Giulias and GTVs dominated. As well gazing at some expensively prepared cars I also had a chance to sit in a Triumph TR6.

The thought of sitting in a race suit in a racing seat surrounded by a roll-cage for 50 minutes and also trying not to crash a 40 year-old car is somewhat daunting. That’ll happen at 9.05 this morning in the Triumph and British HTGT Competition. The Triumph driver had come from northern Germany and was a lot less interested in my theories of Triumph’s demise than I might have expected.

I had a chat with the driver of an Alfa Romeo Giulietta, a fellow captivated at age nine by the sound of the engine. Interesting about this car is that even as a racing machine it looks correct, as if underneath the OEM car there was a racing saloon all along. But then again, as new the car had more of the features than you’d expect in a mass-market family chariot such as a light alloy engine, disc brakes and a cD far lower than the rectilinear styling would lead one to believe.

Normally the Classic Race attracts a secondary crowd of classic road car enthusiasts but that starts tomorrow and I will not be able to document any of the interesting collection of cars that normally gather.

By way of consolation I snagged two photos of American vans, the best part of which is the badging.

There is something of the 1970s spaghetti Western or cowboy TV drama about this lettering (above). 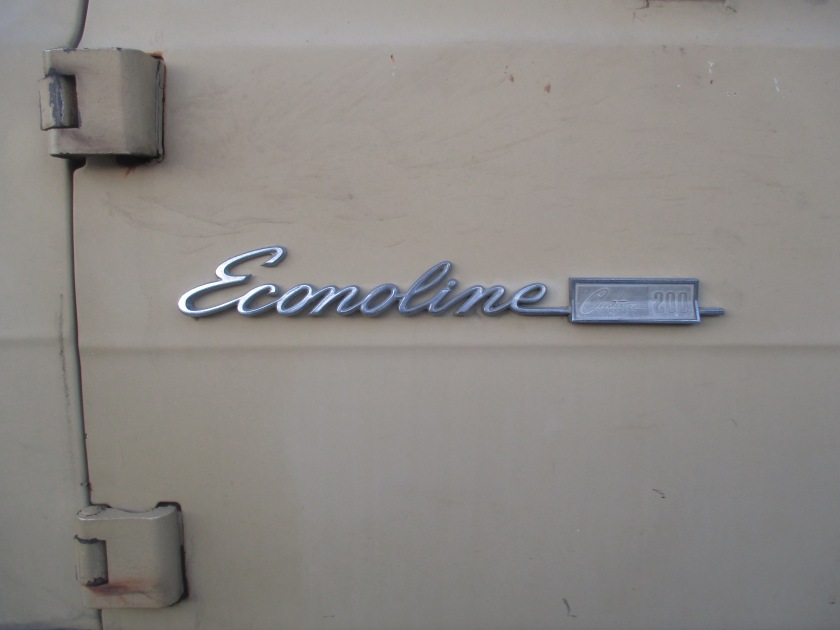 The diligent staff at Curbside Classics could probably work this sighting into a 900-word article of considerable scholarly value. We’ll have to make do with admiring the florid script.

Finally, we turn to an old friend, the Ford Escort Mk2, which shares with the Giulia the ability to turn in a competition car without losing its personality.  The very same shell served as unremarkable daily transport yet with suitable amendments could also be a race and rally king. Motor Sport in 1981 said “It isn’t surprising that Ford – that sporting make – is top-dog and showing others the way.” By that time the Escort had gone front-drive, I hasten to note. 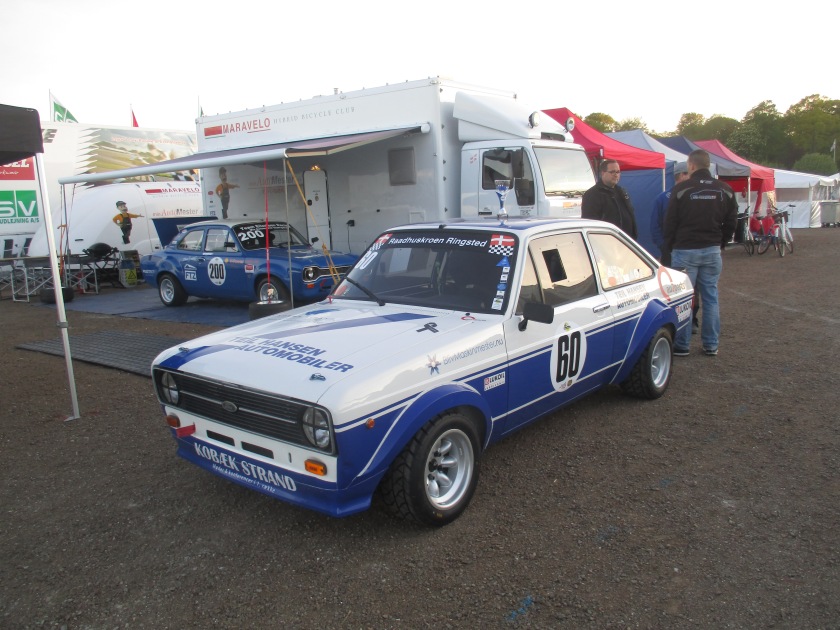 Given the number of pricey race machines and the amount of costly tools on open view, it was a little surprising I was able to breeze in to the paddock (cycling on a bike) and just look around. People were very forthcoming and willing to talk about their cars (a few asked if I was participating in the races) and I expect this is a function of Denmark’s quite laid back approach to things. It makes for an entertaining few days if you happen to be in Jutland this weekend.

6 thoughts on “Was That Leslie Crowther Over By The Bar?”