Could your car be trying to tell you something?

Research has shown that the number one fear for most people is speaking in public. Fear of death (thanatophobia) comes second – or as comedian Jerry Seinfeld once concluded: “That means for most that they would rather be in the casket than reading the eulogy“.

Still, fear of death is pervasive enough to generate superstition in many forms around the world. In some cultures this effect is stronger than in others and it can be so powerful as to force car manufacturers to change the nomenclature of a vehicle.

That the number 13 is generally considered unlucky is no secret- so it is no surprise that Renault who had started to utilize numbers to name its cars in 1961 with the 4 never brought a Renault 13 to market. They did introduce the 15 and 17 Coupé twins in 1971 however, and the latter led to fierce resistance in Italy.

In Latin, the number 17 is written as XVII. An anagram of this is VIXI, which means “My life is over” in Latin. The Italians feel quite strongly about avoiding this dreaded number; the national airline Alitalia for instance neither has a seat or row 17. When this problem was pointed out to La Regie, their solution was to change the name to 177.

Problem solved, but since the 15 remained unchanged it made for a somewhat illogical sounding lineup. Incidentally, 13 is considered a lucky number in Italy, except in some specific contexts such as seating arrangements at a dinner table. 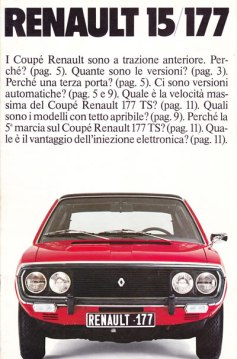 The Italians may have a fear of just one specific number, but the Cantonese-speaking Chinese have several. This caused problems for, somewhat ironically, Alfa Romeo.

The Alfa Romeo 164 was a success at the time of its introduction across Europe, but in markets like Hong Kong, Singapore and Macau it sold rather
poorly. Alfa Romeos management was informed by the Hong Kong branch that 164 when roughly translated in Cantonese means The more you travel, the more you die.

Numbers, they explained, when pronounced phonetically can sound like certain words to the Cantonese Chinese. Luckily the Cantonese also perceive certain numbers to be lucky. Thus the badge was changed to 168- this translates to The more you travel, the wealthier you will be. Much better.
As in Italy, 13 is considered a lucky number in Cantonese speaking areas as well as it means sure to live. 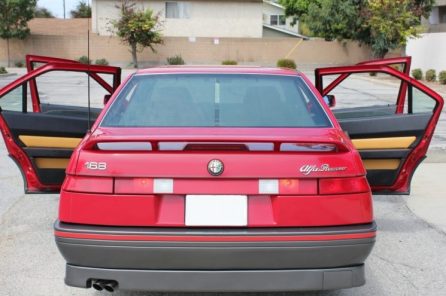 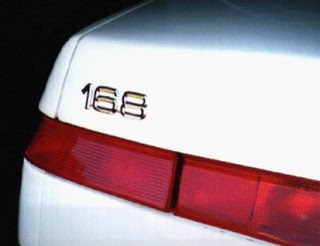 And one wonders if the faith in numbers of the Cantonese speaking regions would still be intact if the Renault 9 (long lasting) had actually been sold there. In this respect, the SAAB 99 (double long lasting) more accurately reflected the actual qualities of the product.

Finally, 666 – the number of the beast – has understandably never been considered as a badge by any manufacturer. However, in 2005 a new translation of the Book of Revelations unequivocally showed it to be 616*; Mazda will be relieved.