Have the car rental Gods smiled upon our Canary Island correspondent?

When we make our annual January pilgrimage to Tenerife, I still enjoy a moment of childish excitement as we approach the airport car hire desk, wondering what prize the ‘or similar’ lottery will award us on this occasion. Usually it’s disappointingly familiar VW Group fare such as a Polo or Ibiza, but this time it was the exotically titled Citroën C-Elysée, a name so graceful and poetic that you have to admire the company’s sense of humour and/or irony in dreaming it up for such an apparently prosaic model.

The C-Elysée is, essentially, a B/C-segment saloon developed by PSA for emerging markets, but also sold in southern Europe. It uses an amalgam of previous generation Peugeot/Citroën hardware and is resolutely conventional, with transverse FWD, strut front and torsion beam rear suspension. With a different nose and tail, it’s also sold as the Peugeot 301.

My first acquaintance with the car is in darkness, so we load our cases into the boot and I settle into the driving seat. The controls are mainly simple and intuitive. It takes me a few moments to find the electric door mirror controls, to the left of the steering column, and the electric front window switches, inconveniently placed low down either side of the gear lever. The manual air-conditioning controls are the classic three rotary knobs, simple and hard to improve upon.

We launch ourselves onto the busy TF-1 motorway westwards and first driving impressions are positive: the car has light but quite accurate steering, the diesel engine is flexible and adequately powerful for a light car, weighing in at about a tonne. The gearchange is rubbery and imprecise, but the gate is wide so there’s little chance of selecting the wrong gear. It’s so wide that, when I first changed up to fifth, I punched my partner in the thigh (which serves him right for ‘manspreading’ in the narrow footwell). 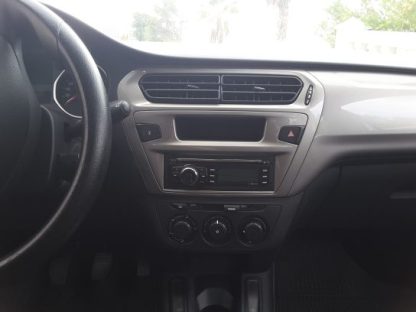 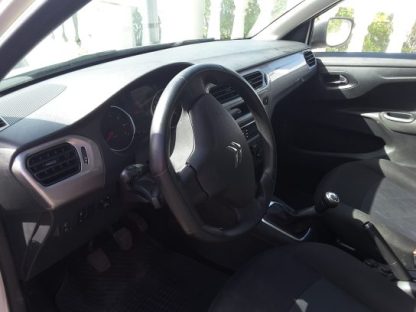 The car cruises happily at 120kph with a combination of noticeable but not overly intrusive road, wind and engine noise. The suspension is quite soft, clearly set up for comfort, but sharp ridges or bumps unsettle it easily: the speed bumps we encountered leaving the airport had to be taken very slowly, otherwise there was quite a loud thump and lurch from the rear axle, amplified by the lack of a steel bulkhead behind the rear seats.

The front seats are supportive and comfortable, and remained so even on a later ninety minute drive the length of the island to the capital, Santa Cruz de Tenerife. Our undoubtedly hard used 99k km example still felt tightly screwed together, more so than some rather ‘baggy’ similar mileage Polos we had previously rented on the island.

I got my first proper look at the car the following morning as we headed for the supermarket to stock up. It looks quite smart, if anonymous, in metallic silver. Its stand-out feature is space: I’m just under 6′ (1.8m) tall and, with the driver’s seat correctly positioned, I still had a couple of inches (50mm) of both head and knee room to spare in the rear seat. It also has a truly enormous boot.

It’s so long that I almost had to climb in to retrieve some smaller items that had rolled forward as we drove home. The rear seat split backrests also fold forward, enlarging the available space further, albeit with a 60mm step in the elongated floor. There’s a deep well underneath the boot floor containing a full-size spare wheel, highly unusual these days.

The C-Elysée was clearly designed as a saloon, so is quite well proportioned, the big boot largely hidden under the sloping rear window. Happily, it avoids the Kardashian-esque rump that afflicts some hatchback designs modified to a saloon format. The only design detail that jars for me is the awkward looking upward deflection of the bodyside crease over the front wheel arch. The 301 does not have this detail and is the better looking of the siblings to my eyes.

Low cost and maximum utility were clearly foremost in the designers’ minds, and the car is none the worse for this. The gauge of the steel feels thin, an impression reinforced by the hollow sound of a closing door and lightness of the boot lid, which has no gas struts to give it an artificial feeling of heft. Instead, it has a simple pair of steel rods, attached at one end to the goose-neck hinge and at the other to the body. These act as torsion bars, assisting the opening. The lid stays up by the simple expedient of opening beyond its vertically balanced position, where it falls back towards the rear screen, a neat and cheap solution. 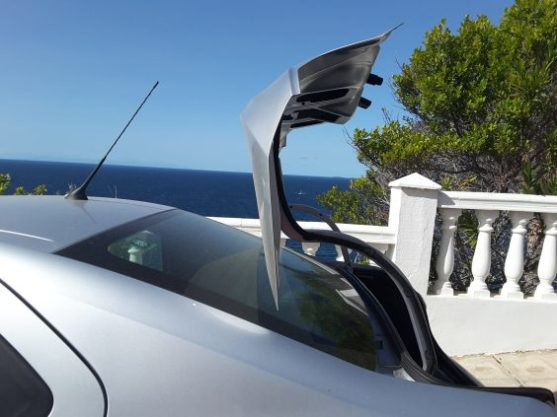 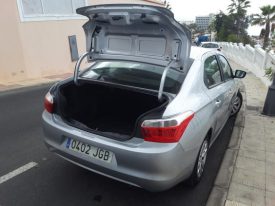 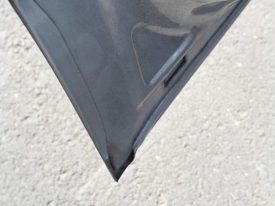 The door skins are single pressings incorporating thick window frames and the rear doors have a large plastic sail panel that avoids the need for a fixed quarter-light, yet still allows the glass to be (manually) lowered, albeit not fully. The thick frames and shallow side glass give the DLO an unusual “gun turret” appearance to my eyes, but this is not apparent from inside, where visibility is good. The only blind spot is caused by the high tail, which I blame for my ineptitude in nudging a bollard in a car park. The bollard was not damaged and, if the car was, it was impossible to tell as it already had so many minor battle scars from previous careless encounters (not that I was careless, dear me, no!)

The interior is, predictably, a sea of black under a sky of grey headlining and pillar trim panels. The plastics are all hard and hollow, with some inconsistent and unconvincing “leather” graining. The only relief in the lower darkness is a broad strip of slightly garish metallic-look plastic across the dashboard and, surprisingly, satin finished metal interior door pull handles.

Instrumentation is limited to a speedometer, tachometer and a very early-noughties looking orange dot-matrix display containing the fuel gauge and odometer. Another throwback is what appears to be a standard single DIN aperture for the FM radio/CD player, which looks and performs like a cheap aftermarket item, but isn’t. It apparently has Bluetooth connectivity, the effectiveness of which I didn’t bother to test.

Some might question the practicality of the saloon format, but the car is aimed at conservative emerging markets, where this format apparently still carries some prestige. The C-Elysée is surprisingly popular in Tenerife, and not just as a taxi. A hatchback version might have been considered, but wisely avoided*. However, I wonder if Citroën missed a trick by not offering an estate version, which would have been incredibly capacious? As it is, the saloon starts from a list price of €12.3k in Tenerife, which is terrific value for the C-segment level of space it provides.

Inevitably, one expects some rough edges on a car built down to a price, but I wasn’t expecting this to be taken quite so literally: exiting the car in a tight parking space, I caught my calf on the bottom trailing corner of the driver’s door and got a deep scratch that bled quite freely, if briefly! My wound was caused by a jagged edge where the outer door skin was folded inwards at the corner. It looked like a manufacturing defect, not the result of accident damage. 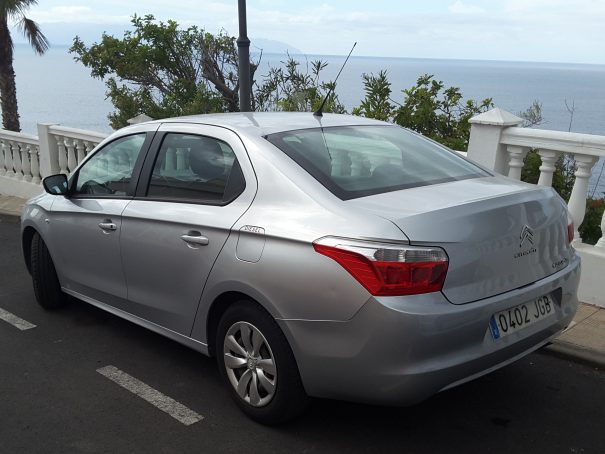 So, how would one sum up the C-Elysée? It’s by no means a fine car, but as a car, it’s fine, by which I mean it does exactly what it’s supposed to. It provides generous accommodation and perfectly adequate transport for a family on modest income, appears to be robust and is likely to be cheap and easy to maintain, even outside the dealer network.

More contentiously, is it a “real” Citroën? The answer to this depends very much on your frame of reference, for it’s certainly no technological or design masterpiece in the tradition of the DS, CX or even the GS. However, it bears comparison with the 2CV as an honest workhorse. It has none of the latter’s charm or personality and will never be remembered fondly, but the 2CV was not designed to be charming, but cheap, practical, roomy and robust, just like the C-Elysée, in fact.

Bear with me a moment while I find my tin hat…

* Especially considering Škoda’s experience with the Rapid Spaceback, a truncated version of the Liftback with less boot space, even than the smaller Fabia estate. Skoda initially tried to sell the Spaceback in the UK for an £1.1k premium over the Liftback. It’s rarity compared to the Liftback, a mini-cabber’s favourite, in our neck of the woods, shows the folly of that decision.

50 thoughts on ““I Dreamed I Moved Among The Elysian Fields””