We all know our BMWs, don’t we?

This car, especially from the angle shown above, looks at first glance to be an ‘E3’ BMW 2500-3.3Li, but is nothing of the sort. In fact, it did not even start life as a BMW. In the mid-60s, Praetor Monteerders, the South African BMW importer – was in discussions with Munich, the aim being to be allowed to produce BMW vehicles in South Africa. Although BMW was not dismissive of the suggestion, they were not wholly convinced that the local inexperienced workforce would be capable of screwing together the recently introduced Neue Klasse 1800 with the quality of workmanship required.

A solution to this problem presented itself upon the acquisition by BMW of troubled carmaker, Glas in 1966. The carrozzeria Frua-styled Glas 1700 sedan was (together with a few other Glas models) at first absorbed into the model range, rebadged as a BMW but otherwise virtually unchanged. It was no secret that BMW planned to phase out the 1700 sooner rather than later as it was an unwanted competitor to the Neue Klasse models, and they indeed did so before the end of 1967. 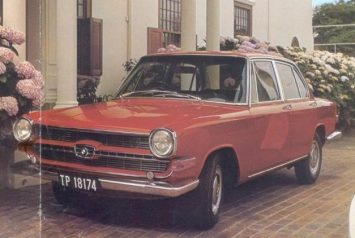 The less complex 1700 however was deemed to be a suitable candidate for the South African enterprise. Body dies and other necessary equipment were shipped to Pretoria and in April of 1968 the BMW 1800 and 2000 SA rolled off the assembly line.

Outwardly, these first South-African produced BMWs appeared mostly unchanged when compared to the Glas/BMW 1700; the only visible alteration was a slightly different luggage compartment lid. A fortuitous aspect of the styling was that the 1700 already featured something in its DLO very similar to the famous Hofmeister kink which no doubt helped to add credibility to the car being perceived as a BMW product.

Under the skin, an important change was that the Glas engine was replaced by a genuine BMW M10 engine of 1800 or 2000cc capacity depending on the model. By the way, these cars were also produced in very small numbers as CKD kits in Rhodesia – current day Zimbabwe – where it was named BMW Cheetah.

Perhaps not wholly unexpected, the quality of these first South African BMWs left somewhat to be desired. Even if it was simpler than the Neue Klasse, any car is still a complex item with a myriad of parts that need to be put together just so if it is to function properly. Munich sent over specialists to help Praetor Monteerders out, and in 1971 instructed Frua to restyle the car in order to align it stylistically with the then current real BMW models. 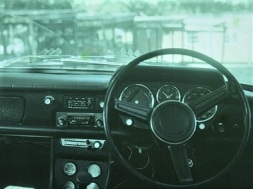 The result of Frua’s efforts was successful when seen from some angles, but less so from others. The Italians had dived into BMWs parts bin: the grille and front turn indicators came from the CS coupé, the headlights and
taillights – the latter mounted upside down – from the E12 5 series.

The renamed 1804 and 2004 SA, introduced during 1973, looked quite convincing from the front as can be seen in the photos. In side view, even though the faux Hofmeister kink helps, it can only partly hide its Glas origins. The rear aspect is the least successful: the upside down mounted 5-series taillights together with the squarish bootlid make the car look more like a W114/115 Mercedes than a product of Bayerische Motoren Werke.

Inside, the instrument cluster now featured round instruments in order to conform to the BMW style. BMW had by then also purchased Praetor Monteerders’ factory and now operated under the name BMW SA (PTY) Ltd as it does to this day.

Even all these efforts initially did not result in substantial quality improvement, nor succesful sales figures: the Glas base dated back to 1963 which did not help matters of course. Exact production numbers are not available, but sales data points to about 570 1804SA models and 1280 2004 SA’s sold. It was therefore decided to phase out the 1804/2004 SA in mid-1974, to be replaced by the E12 520.

BMW still had to spend considerable time, money and manpower but in time the quality of the South African built 5-Series became as good as those assembled in the Heimat.

Praetor’s old plant is still in operation today, and produces (and exports to several countries including the USA) the 3-series. In Dingolfing, Germany, Glas’ erstwhile factory is also fully owned by BMW and remains – not counting the surviving cars – the only physical remnant of once so promising Glas which failed by confusing its ambitions with its abilities- but that is another story.

* Afrikaans for “The BMW that wasn’t a BMW”.