This article first appeared on 3 February 2017.

The Lancia Trevi is an unusual car, not simply because it was and remains an intriguing one to behold. For one thing it may well be the only car that began life as a fastback saloon (with a separate boot compartment), and ended it as a three-volume version. There have been innumerable saloon from hatchback conversions (and vice-versa), but a saloon from a saloon?

It’s clear that the Trevi was a stopgap. By right, Lancia should have readied an all-new replacement by then, but that failed to materialise. Of course lengthy production runs were by no means unusual either for Lancia or within the sprawling Fiat Auto grouping they had become an unwilling hostage to. Couple this with a crisis both of confidence and managerial competence which afflicted the entire Fiat Auto group in the wake of the 1973 oil embargo, to say nothing of Fiat’s inability to absorb the Lancia business and it’s easy to see why the Beta series was allowed to soldier on so long.

Nevertheless it’s interesting that Fiat were prepared to sanction such an extensive reworking of the car for this, it’s third and final iteration. The Beta had been in production since 1972 and had been very thoroughly revised both technically and stylistically some three years later, but some argued that what a revised version really needed was the hatchback its body style appeared to suggest.

However, one has to look at Lancia’s customer base who undoubtedly favoured a more traditional line (not that they entirely got that). Regardless, by the close of the decade most manufacturers were moving away from the two volume silhouette which had proved so popular for a time, back to a three volume template. This could be read as a rejection of ’70s modernism, so to an extent the Zeitgeist was with them.

Yet by retaining the fastback berlina alongside, Lancia were also hedging their bets. A more pragmatic decision might have been to have abandoned the older design along with its troubled back-story. Although the Trevi was closely related to the Beta, it shared few external body pressings with the exception of doors, bonnet and front wings, so it represented both a break with recent past but also a reforging of links with the patrician Lancia saloons of old.

Perhaps another reason for the retention of the Berlina was to allow for the range to be tiered, with the cheaper fastback model allowing the upmarket and more executive tre-volumi to appeal to customers who baulked at the larger Gamma’s appearance and mechanical fragility. Certainly, with the Trevi, Lancia moved the model line considerably closer to its larger stablemate both in prestige and pricing, especially given the flagship 2.5 litre Gamma was essentially taxed out of its native market.

Pininfarina was retained as styling consultant for the third series Beta, having (it’s believed) previously re-worked the second series car. However, third series revisions to the existing berlina exterior were purely cosmetic. No mention is made of direct involvement with the Trevi. Nevertheless, there is evidence to suggest there may have been.

Speaking to Motor magazine’s Philip Turner in 1984, former Lancia styling chief, Mario Maioli stated that when he joined in 1977, there was no Lancia styling function, work being entirely subcontracted to outside consultants. Maioli went on to say that Pininfarina was commissioned to design the restyled shield grille which was adopted across the range, first seen on the third series Beta. 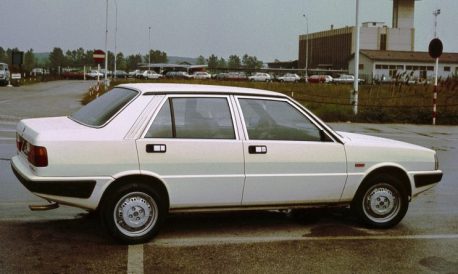 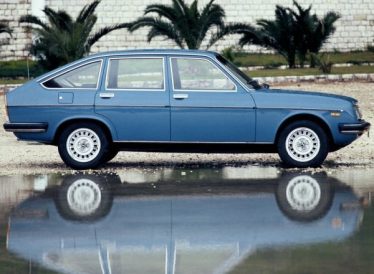 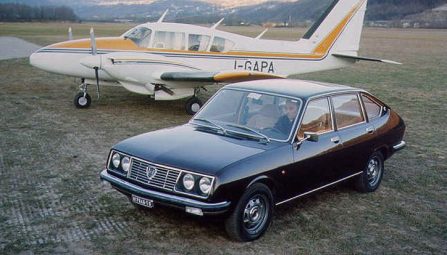 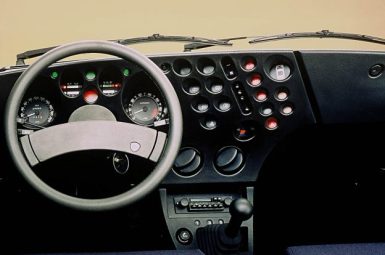 But if Pininfarina had no involvement with the Trevi’s exterior style, would Maioli had sufficient time to muster a cohesive styling team, develop the theme and still allow sufficient lead times for tooling and production engineering? Of course it could have been carried out by centro stile Fiat, but why split the workload?

In RHD markets, the Trevi effectively replaced the Beta berlina, and while the latter remained on the pricelists until spring 1983, very few were sold. The Beta name was irreparably tainted by the rather sensationalist reporting of the corrosion issues that affected some first and second series models. History states that this factor alone was responsible for the model’s subsequent sales slide, but contemporary evidence suggests this might be somewhat one dimensional.

Lancia posted a sobering 56.6 % sales fall over the first seven months of 1980, which many viewed as being a direct result of the Beta scandal. However, delving further we find that during the summer of 1979, Lancia’s UK importers were hit by the combined effects of two successive price rises and a massive VAT increase thereby making an already dated (and tainted) model 20% more expensive. Couple this with the autumn announcement of the 1980 model year Beta/Trevi models and the position takes on a somewhat different countenance.

With domestic and LHD markets being given priority, it wasn’t until the autumn of 1981 that the RHD Trevi (and Delta) actually landed in what had once been Lancia’s biggest export market. It’s little wonder that sales never recovered, notwithstanding any subsequent buyer resistance to the tre volumi. Added to this was a palpable sense that the UK press expected something more from Lancia by then – the Beta having had its day, to some extent.

Nevertheless, it didn’t prevent around 40,000 being sold over the model’s relatively brief lifespan. By autumn 1984 the Trevi was gone, cleared to make way for the Thema – the car which was intended to replace both it (in 2.0 litre form at least) and the unloved Gamma berlina. The lower end of the Trevi lineup was subsequently represented by the Delta-derived Prisma, a product derived from a model a class below.

There’s little doubt that by 1984 the Trevi was a dated proposition, but it doesn’t change the fact that once again, UK Lancia dealers were left with nothing to sell in the lucrative 2.0 litre executive sector until the Thema arrived in RHD form a good twelve months later.

There’s reason to suspect that the UK press may have been prejudiced against the car. Re-reading contemporary reports illustrates that their conclusions were largely formed by an inability to see beyond the polarising appearance and radical interior. What isn’t as clear is whether those views were reflected in other European markets, or indeed its homeland.

What was the Trevi then? A quixotic attempt to recapture a lost market, a futile stab at reconnecting with a disenchanted customer base, or a well engineered, thoughtfully specified and bravely idiosyncratic act of expediency – the best Lancia could summon, given their plight?

Dismissed from day one as a wilfully odd aberration, maybe it’s possible now to understand its left of centre charm. A car whose rectitude and sobriety was matched only by its defiant otherness. Flawed and wildly uneven in so may many ways it may be, but the Lancia casts a compelling spell across the decades. Perhaps it’s time the Trevi came in from the cold.

Not enough Lancia in your life? Read more here.

50 thoughts on “Fontana a Tre Vie”