Today, Andrew Miles gets his Super Trouper out for the lads.

Research (undertaken by no-one in particular) has shown racing cars to be 0.02 faster and infinitely more aggressive when their lights are switched on. My amazement is that manufacturers haven’t as yet cottoned on to this phenomenon.

Car makers spend spend a great deal of time and resources on those devices that help us to see and be seen. From the rudimentary acetylene lamps of yore to today’s laser beam-like LED’s found in ever more angular and reflective cages. The head, and indeed tail lights can make or break a car’s appearance.

Examples abound regardless of make – does anyone out there NOT like the pop up headlight? Would anyone argue that the Allegro’s frumpy look comes from those almost rectangular headlamps? As for la derrière, personal favourites include the Giulia cone shell variant and the beguiling, rectangular yet ovoid shaped translucent red found on certain Citroën’s.

But today’s rumination relates to the subject of headlights and the placing of manufacturers names upon them. Do they consider us so forgetful as to place another badge to remind us?

A Mk2 Škoda Octavia piqued my interest as a pedestrian, whilst waiting to cross a busy road. Casting a sidelong glance over the car with a DTW influenced gaze, my eyes caught the headlamp and the Octavia name on the side. Intrigued by these plastic and glass signatures, I donned my trusted but weatherbeaten deerstalker and my freshly polished magnifying glass to look closer. 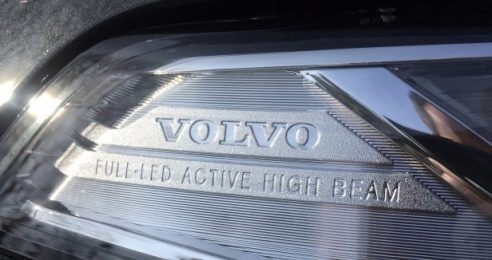 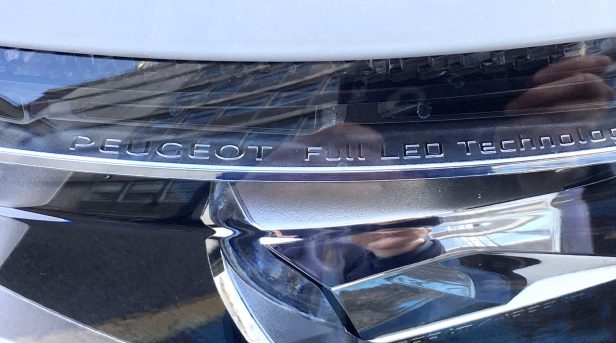 It seems the slightly older Škoda models of Yeti and Superb were similarly adorned but this was seemingly dropped for the following instalment. And the phenomenon gets stranger for the makers appear not to include these scriptures for every model bearing the winged arrow.

Cars I can categorically say contain no adornment at all include Kias, Hyundais, Dacia’s, not to mention Fiats. Bentley contain the most bold headlamp treatments whereas the Jaguar F-Pace’s I’ve encountered sport a miniature leaper to both front and rear.

The Seat Ateca’s rear lamps inform us quite smartly that this is indeed a Seat lamp. The front was unbelievably difficult to ascertain being curved and hiding behind some reflective steps. 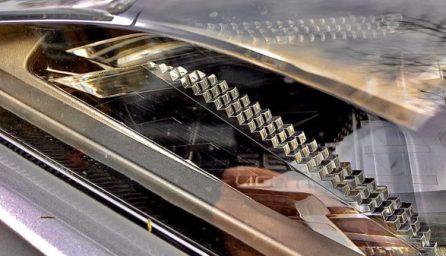 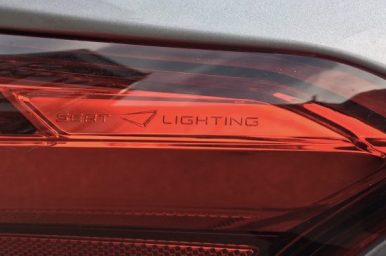 MINIs from the second generation have just that in a very spirit level-like bubble on the front. The Union Flags on the back are NOT for this debate.

The Toyota Aygo has that stylised type up front.

The Mercedes-Benz A-Class: Again, newer affairs have both front and back placing, whereas the GLC thing has only the headlight so adorned.

But why stop here, I ask. Surely there must be more the carmakers could do to entertain and (one imagines), enlighten us?

Such crazy but lucrative ideas for instance as alerting you to the nearest cheese shop by flashing a green tone at their door. Why not project a rainbow when the weather seems to be bright yet wet? Or, instead of puddle lamps emanating from a door mounted light – perhaps head and rear lamps projecting your mood – angry, sleepy, distracted, angrier. Maybe personalise your headlights: LOVE on the left, HATE to the right… 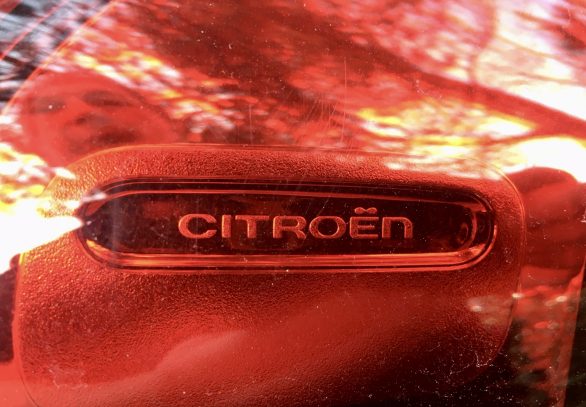 Despite still being the World’s Least Influential Motoring site, this is one idea I hope the automotive world doesn’t connect with. While hardly a major issue in the grand scheme of things, especially in the current, unenlightening times we suffer, these details I may never have noticed without DTW’s assistance.

*STOP PRESS* Brand new Fiesta seen with Ford script in back light only. Hardly worth stopping the press for, is it?

All images (apart from lead image) courtesy of the author.

22 thoughts on “Your Name In Lights”