The new electric 500 is now available to order. Sorry, how much?

While its FCA parent continues to negotiate the necessary regulatory hurdles around its forthcoming nuptials with Carlos Tavares’ Groupe PSA, life, while somewhat interrupted these past couple of months, rolls inexorably onwards; this week with Fiat announcing, a month ahead of schedule, the fixed roof version of its new fully electric 500e.

Built on, it’s said an all-new dedicated EV platform, the new generation of Fiat’s evergreen sub-compact was first shown in early March in convertible form, with a forthcoming 4-door model (Autocar says) still a remote possibility. Intended to have made its physical debut at the Geneva motor show, the advent of the viral pandemic and the ensuing shutdowns ensured that it, like so much of Geneva’s fare was lost amid more pressing health-related concerns.

But with most of Europe seemingly past the worst of C-19’s deadly swathe, Fiat has seen fit to announce the hard-roofed version. As with the convertible, while cleaving broadly to the styling of the current combustion engined car, the 500e is both longer and wider (by 6cm in each dimension), and also 4cm taller. Obviously, without seeing it in the flesh it’s difficult to be certain, but from the launch photos, it must be said (provisionally at least) that Fiat have conclusively failed to screw the pooch – from a stylistic perspective at least. Indeed to these eyes, it looks rather lovely. 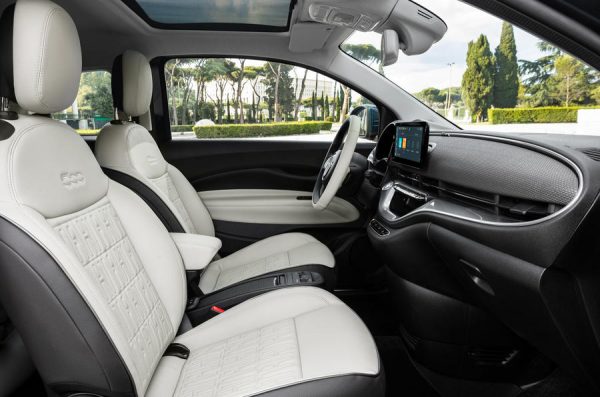 Produced at Fiat’s Mirafiori plant, the 500e is being offered initially in a bells and whistles La Prima edition which comes with fripperies like a panoramic glass roof, LED headlights, 17in diamond-cut alloy wheels and will be offered with three exclusive paint colours. Inside, the new simplified cabin, launch models get eco-leather upholstery on the dashboard and seats, and the latest version of FCA’s infotainment system. Driver assistance includes adaptive cruise control, lane centring, intelligent speed assist and urban blindspot detection.

The 500e features a 42kWh battery which Fiat claim will offer a WLTP-certified range of up to 199 miles, and is fitted with a 85kW fast charging system that is said to provide an 80% charge in 35 minutes. Both convertible and hard-roof 500s are rated with a top speed of 93mph and a 0-62mph time of nine seconds, with 0-31mph coming up in 3.1sec.

All of which sounds promising apart from one likely sticking point. Its £26,995 UK price – after the government’s contribution – which also includes the installation of a 7.4kW wallbox charger. Yes, it’s well specified, but by ‘eck, that’s pricey. Needless to say, the convertible version costs even more – that’s £29,000 to you madam.

Nowadays it has become customary for carmakers to ramp up the sticker price for launch editions, since for some customers, the price for one-upmanship is one worth paying. Cheaper versions will undoubtedly be forthcoming, but certainly, it seems unlikely that any shade of 500e will come in under £20k of anyone’s money.

So while FCA/Fiat have brought a rather credible looking car to market, questions remain as to uptake, especially given the current distinctly febrile post-pandemic situation. Still, given the state of the FCA empire and the fact that future product execution remains somewhat dependent on the success of the upcoming merger, it seems rather miraculous that Fiat have brought this to market at all. 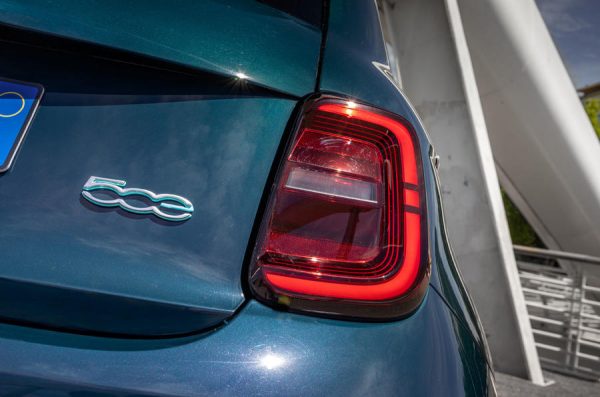 Nevertheless, as we enter a fundamentally changed reality, previously held questions over range appear likely to lose precedence over more pressing ones of outright affordability. It is this factor which may now act as the most pressing barrier to entry for an increasing number of potential takers. The new electric 500 looks a highly convincing product, and one which seems likely to enjoy a broad appeal throughout Europe’s urban centres. But not I fear at those prices.