Andrew Miles recalls an Italian-American design highlight from the creative heyday of the Latin carrozzeiri.

The late and prolific Tom Tjaarda left behind an amazing legacy of work; take at look at Richard Herriott’s obituary to him from June 2017, but for me there is one unusual, yet standout design I knew nothing about. That is until Matteo Licatta and his Roadster-Life website introduced a conceptual one-off from the hand of Michigan born, but Italian based sculptor, the Rondine.

Pronounce it Ron-deen -ay and to these eyes, this car is as pretty as a peach, as distinctive as any Ferrari whilst offering a symphony of speed that only the Hirundinidae can deliver. For the Rondine is underneath a Chevrolet Corvette C2. And here’s an unusual twist; General Motors’ Bill Mitchell commissioning Pininfarina to give the bodywork a good scrub up and tailor a new suit which made its Paris Motor Show debut in 1963.

As if the Corvette requires any form of introduction, but the Rondine, with that sharp suit of fibreglass adds a divine lightness to the form. Whereas the Corvette might be described as beautiful yet brutal, the Swallow, its Italian translation, captivates with far more subtle arrangements – a violin to double bass or indeed swallow to bald eagle.

Evidenced by the pictures, the design stage appears to have suffered some teething problems, that initial prototype having flowing lines until we meet the B pillar which resembles a birds broken wing. Subtle it ain’t. Fortunately, further revision proved far more satisfactory where we conclude with an obvious Corvette shape adopting far more elegance, a visual lightness along with softer, more feminine charm. My heart soared like a high flier.

Viewed from head on, that split bumper and those eyebrows are perhaps the cars most unglamorous, showing a borderline aggressive stance. One can easily imagine lesser cars swerving away from this owl-like stare, as the Rondine bears down on the freeway or dashing through the Dolomites. The grill carries with it an inverted beak-like stature; capable of tearing the flesh one moment, gently easing away the next. 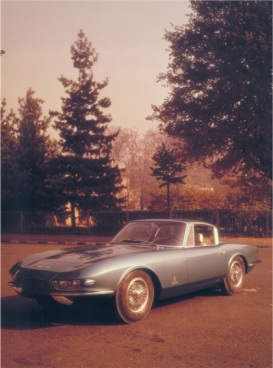 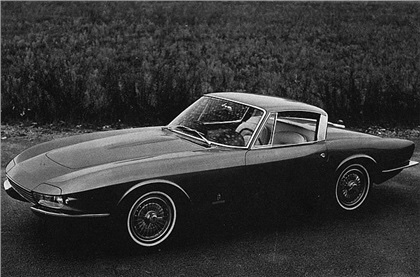 Allow the eyes to caress along the flanks though; delight in those slightly longer overhangs from the original which lend the Rondine an avian, almost hovering aspect to its demeanour. That now silver B-pillar allowing the curved rear screen a touch of the volant. Ostensibly difficult to engineer, the simpleness of the flow is quite delightful. The air must positively swoop away to the tail.

Ah, the tail end. This part of the Rondine is where the true name lies. Tjaarda gave the car a swallow tail, an elongated fan but no feathers here. The angles have their straightness but also contain elements that lift, just like our feathered friends. Whether these shapes contain any aerodynamic properties is immaterial for the overall effect is exceptional. As if the swallow is hunting flies, on the wing at high speed. And all this whilst parked in a hall or on the grass at external shows.

Those tail lights, cast by an expert in origami look too sharp to touch. The thin, chromed rear bumper adding just enough of a flash of dexterity to proceedings. Masterful, beautiful, a soaring expression of freedom. An American Italian blend that would be perfectly acceptable as the real Corvette for me though perhaps not tough enough for those ‘Vette die-hards, I suspect. 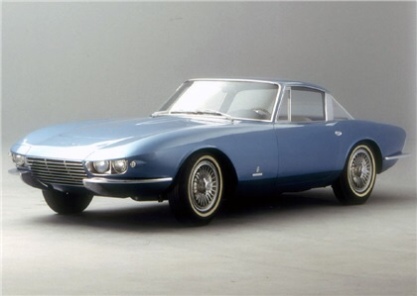 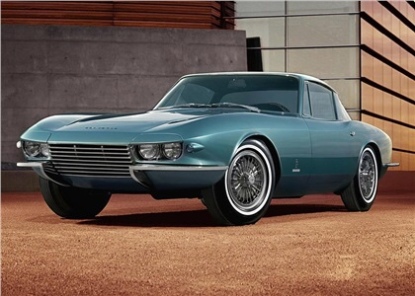 The turquoise paint is another personal delight. Picking up light and dancing enigmatically with it, I can’t help but wonder how its looks would alter should the Rondine be darker, like a swallow? Would the menace be too strong, as in a normal Corvette? Would the overall shape then hang too heavy, flightless and earthbound? Or would the character alter altogether, losing any nuance that Tjaarda built up so lightly – who can say?

For the Rondine was a true one off. Shown, admired and put away for safe keeping. That is until 2008 when Pininfarina decided to sell off some of the silverware, the Rondine making a cool $1.8M at the Barrett-Jackson sale in Scottsdale. Winning bidder, collector Michael Schudroff actually prefers to show the car, rather than hiding it from view. Jolly well done, sir although I doubt many of our readers will ever set eyes upon this dart.

But there was another element to this tale (tail?), for Tjaarda used elements from the Rondine to sculpt the Fiat 124 Sport Spider’s shape, launched at the 1966 Turin show. Not quite as defined as the Rondine, yet the hallmarks are there to see on what was one of America’s favourite imports well into the 1980s. Hard to believe now that Fiat had a Stateside presence for nigh on twenty years with the Spider and probably next to no-one realised the swallow connection, which is a bit of a shame.

As was the rejuvenated Marchionne 124 spider, neé Mazda MX-5, a handsome enough two seater but destined not to fly high. Gone from the market before you could say it’ll never work this new partnership could never have had the original prototype’s grace or temptation. A one off for a reason: fly fast and high, Rondine.

16 thoughts on “The Italian Swallow”