Stepping back fifty years, we return to the Salone dell’Automobile di Torino for a second day for a feast of stylistic flair and bright hopes for the future.

As with neutral Geneva in the spring, Piedmont-centric Turin was a showplace for the industry’s fringe performers. In Italy fantasists and dreamers exhibited beside perfectly worthy but little-known Carrozzieri. In 1970, the sideshows were still rich in interest, although my IPC Business Press Cicerone, Anthony Curtis gave them only a sideways glance.

The UK and Italy seemed to share similar ambitions at the peripheries of their automotive industries. In Britain, clubman racing car constructors nurtured ambitions to be the next Colin Chapman, and beach buggy and kit-car entrepreneurs abounded.

In Italy, small-series Carrozzieri provided a wide choice of rebodied mass-market cars for individualists with the lira to indulge their desire to be different. A new wave of constructors had emerged hoping to be the next Renzo Rivolta, Ferrucio Lamborghini, or Alejandro De Tomaso, but without the necessary industrial or ranching fortunes to bankroll their dreams.

The exhibit from Carrozzeria Francis Lombardi is described by Curtis as “clothes on a NSU”, at least credited with being a “pretty exercise”. It was too, from a Piedmontese coachbuilder established in 1947 and best known for stretched or garnished Fiats and a variety of Lancia station wagons. Previous highpoints had been an extended-wheelbase Fiat 2300 in 1963 for Papal use, and the four-door Fiat 850 Lucciola, adopted by SEAT for small-series production, although demand was so strong that the Spanish firm had their own longer-wheelbase four-door in production in less than a year.

In 1968 Lombardi showed the Grand Prix, a Fiat 850-based two-seater, with styling attributed to Lombardi’s in-house designer and engineer Giuseppe Rinaldi, although rumours persist that one Pio Manzù may have lent a hand.

The design had an unusual career, as an open-source body for Giannini, OTAS (Officina Trasformazioni Auto Sportive), and Abarth (as the Scorpione).  A British-assembled version with the Hillman Imp’s powertrain was proposed by F. Demetriou Ltd, London-based importers of Lombardi and Vignale cars. The plan did not proceed beyond prototype stage owing to the unfortunate Mr. Demetriou’s fatal encounter with a runaway British army tank in his native Cyprus in late 1970.

The NSU 1200 SS coupe develops the themes seen in the Grand Prix, but looks a more practical design with broader appeal, of the kind which could have sat successfully in the mid ‘70s range of a mass-market carmaker. Its destiny, however was to be a one-off, regrettably largely forgotten.

If I might sound another note of regret it is that although NSU encouraged sporting interpretations of the four cylinder Prinz derivatives – Autonova GT, Delta Design 1, Coggiola / Sessano Nergal – they never took the initiative themselves to produce the sort of X1/9 and MR2 forerunner that the powertrain and chassis would have suited so well.

They were perhaps just too preoccupied with the Ro80’s troubles, and readying the K70 for production. In any case, their new masters at Wolfsburg decreed the end of production of the rear engined air-cooled NSUs in 1972, using the space at Neckarsulm to build more examples of the phenomenally successful Audi 100.

By 1973 Lombardi was gone too. The early seventies were tough for the smaller carrozzieri. At least Lombardi went out in style, with the dramatic 1972 FL1, a well-proportioned and prescient two-seater with a mid-mounted Lancia 2000 powertrain.

The FL1 was intended for series production but only one example was built before the closure of the Vercelli-based carrozzeria. 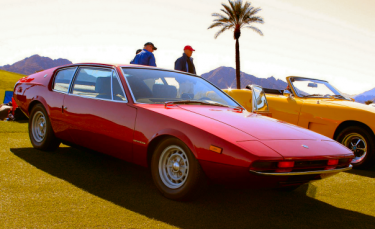 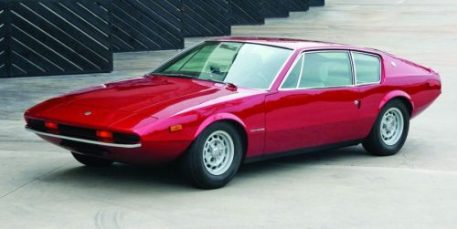 Returning to Turin in October 1970, the same powertrain as the later Lombardi FL1 was used in Tom Tjaarda’s Sinthesis, also amidships and in this case comprehensively reworked by renowned tuner Nardi. The Sinthesis was designed for series production – is anyone seeing a theme here? – in a joint venture with Tjaarda’s Italian-American engineer friend Peter Giacobbi. It’s as neatly chopped a wedge as could be found at the show and much capital was made of its practicality – generous luggage space and low door sills, and even integral airbags, two decades before they became commonplace.

OTAS has already received mention as one of Lombardi’s customers for the Grand Prix coupe rolling chassis. At Turin in 1970 they showed a neat Autobianchi A112-based coupe, styled by Aldo Sessano and built by Fissore. Intended for production, it was destined to be a one-off, and OTAS closed down in 1971. Nevertheless, the unromantically-titled KL 112 is a pleasing thing in its own right, as we should rightly expect from Sessano, who should have been better known. His NSU Nergal concept evolved into the SEAT 1200/1430 Sport, but there’s quite a lot of KL 112 in that car too.

Giugiaro’s Tapiro may have been the star styling exercise at the show, but it was not the only 914-based concept. Enigmatic German aristocrat Albrecht Graf von Goertz presented a reinterpretation of the mid-engined VW-Porsche, in this case a 914/6R works racing car which he seems to have obtained from the factory almost by accident. Turin-based Carrozzeria Eurostyle, which emerged in 1968 and disappeared not long into the ‘70s were given the task of turning Goertz’s sketches and scale model into full-sized metal reality. What emerged was a mid-engined fixed-head coupe in the breadvan style.

The 914 was possibly the first ‘liveable’ mid-engined car, with good visibility and luggage space, and an occasional third seating place. Goertz reimagined it into an awkward ‘rite of passage’ machine, with the character of a competition car repurposed for the streets.

Sergio Sartorelli, Bruno Sacco, and Ron Hickman all did breadvan better, and by the start of the new decade there were plenty of examples of truly elegant mid-engined cars. Although Goertz had production ambitions for his design, it remained a one-off, retained in his personal collection, and is now on display in Langenburg Automobile Museum.