DTW makes the case for the Peugeot 404.

Regardless of whether one is discussing art, cuisine, kitchen appliances, or indeed motor cars, definitives are tricky things to quantify. In the field of automobiles, applying such measures to specific marques comes fraught with even more difficulty, but this doesn’t necessarily mean that one ought not at least make the attempt.

When it comes to the products of Automobiles Peugeot, younger souls might ascribe the 205 as defining the latterday lion of Belfort. But une sacré numéro was in some respects, the anti-Peugeot, insofar as it reoriented the marque’s centre of gravity towards the supermini segment, when Peugeot had been, for some time, a resolutely middle order, middle-class offering.

The product which had first embedded this perception was introduced in 1960. The Peugeot 404 was no revolutionary, in fact it wasn’t even particularly novel, being based upon the underlying principles of the preceding 403, but was the car which perhaps did more to cement the idea of Automobiles Peugeot in the minds of motorists the world over. 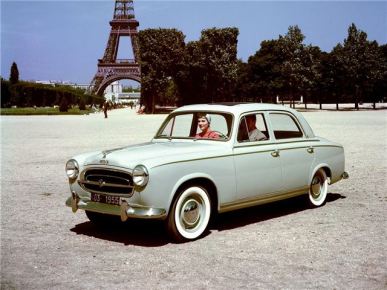 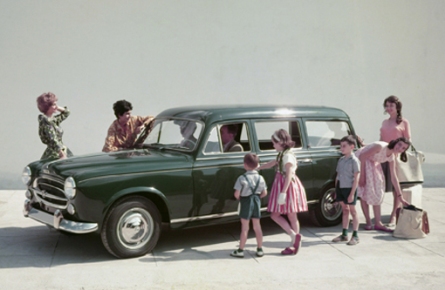 The 404’s predecessor, introduced the same year as Citroën’s DS19, was very much Quai de Javel’s anthesis. Conventionally engineered, upright and so very solide, 403 was Sochaux’s first berline to be styled by carrozzeria Pininfarina, an association which would prove exceptionally fruitful for both parties over almost 40 years. Slightly smaller, and less upmarket than the Goddess, the 403 offered sobriety, respectability and a level of reliability and build integrity which resulted in over 1.2 million sold.

Five years doesn’t sound like a lengthy lifespan for a car dubbed l’increvable, and of course in true Sochaux fashion, the 403 continued well after the 404’s introduction, with production ceasing in 1966. But fashion and carbuyer’s tastes were nevertheless changing rapidly, and for the 403’s successor, a more sophisticated offering was deemed necessary – so much so that Peugeot management briefly contemplated a more upmarket version employing Sochaux’s own version of oleopneumatic springs.

Orthodoxy prevailed however, and the 404 combined a good deal of this, but with a decidedly Bourgogne-Franche-Comté twist. So a combination of the new combined with carryover hardware, further honed and refined. And it was this latter aspect which lent the 404 such assured road behaviour.

New was its front suspension, employing long-travel, coil sprung struts. Retained was the 403’s solid, coil-sprung rear axle, linked to the drivetrain by a rigid torque tube, driving through a worm and pinion differential. Peugeot chassis engineers are believed to have incorporated an element of longitudinal compliance into the rear suspension, which alongside carefully calibrated dampers of their own manufacture, gave the 404 a combination of superb ride comfort and accurate handling which belied its on-paper lack of sophistication.

The 404 was powered by a 1618 cc (XC7) wet liner cast iron block, alloy headed in-line four, canted in this instance at a 45° angle. Kugelfischer mechanical fuel injection became available as an option from 1962, and a 1948 cc diesel engine (beloved of the taxi trade) came onstream two years later. [1] The four-speed all-synchromesh manual or ZF automatic gearbox was operated throughout the model’s lifespan via a column shifter. [2]

Clothing the mechanicals was a body which to most European eyes appears not only familiar, but wholly derivative. Pioneered in production by Pininfarina’s 1957 Lancia Flaminia, the inhabitants of Corso Trapani subsequently reprised this essential theme innumerable times, most notably for the 1959 BMC mid-sized Farina saloon series, which the subsequent 404 most closely resembled. At first glance, the resemblance is uncanny, but closer scrutiny tells a different story.

While the British designs really never quite gelled and dated quickly, the Peugeot gained a timeless quality, one which allowed it such a lengthy lifespan. The key differences, while quite subtle, are profound. Firstly, the Peugeot’s proportions are so much better, with its longer wheelbase, cleaner flanks and shorter overhangs; not to mention the tidier, more linear and better integrated tail fins. And while the canopies appear similar, the 404 has a larger, less cluttered glass area, particularly the side DLO.

Furthermore and perhaps most importantly, the 404’s track widths are considerably broader, lending it a far more planted, more contemporary stance, whereas the BMC cars were saddled with tracks more akin to something from the 1940s. So while one could argue that Sochaux got more for their money from Pininfarina than Longbridge, one also has to credit Peugeot’s own stylists’ work and recall that those at BMC (Ricardo Burzi in particular), were a little over-fond of the baroque.

The result was one of the most elegant European saloons of its era, and while the outwardly similar Fiat 1800/ 2300 and aforementioned Flaminia were uncommon sightings outside of Italy, the 404 soon became a familiar presence right across the globe, rivalling Volvo’s 122 and Mercedes’ more upmarket Heckflosse in the world’s most durable motor car stakes. Building upon the enviable reputation of its predecessor, the 404 proved an immediate sales success, aided in no small manner by victories in the gruelling East African Safari rally, further underlining its ruggedness and durability.

A year after the launch of the berline, the Pininfarina designed and built 404 Cabriolet and Coupé were introduced. These pretty and considerably more expensive derivatives were inspired by the carrozzeria’s 1959 Cadillac Starlight concept. 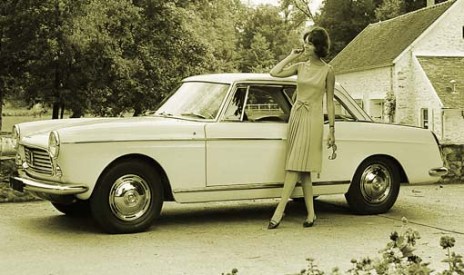 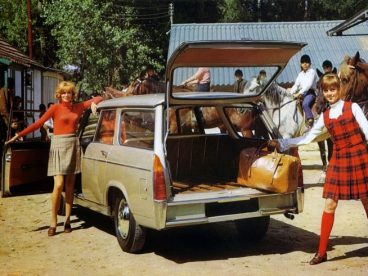 A year later saw the debut of the Break, 7-seat Family and Commerciale versions. This long wheelbase estate model employed a novel double coil spring assembly for the rear suspension to cope with the vastly increased payloads and facilitate a flat, unimpeded load deck.

Ubiquitous everywhere – from Nairobi to Nantes, from Brisbane to Boston – be it as taxi, a loadbearing African pickup, a fast, nimble fuel-injected middle-class saloon or a family holdall, there was a 404 for almost everyone. Famously, Enzo Ferrari is documented as having been an owner, as was US Mercury astronaut, John Glenn, much to the amusement of his fellow starmen. 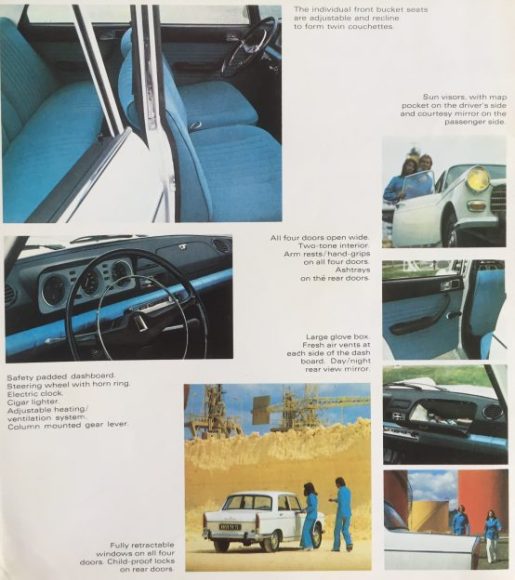 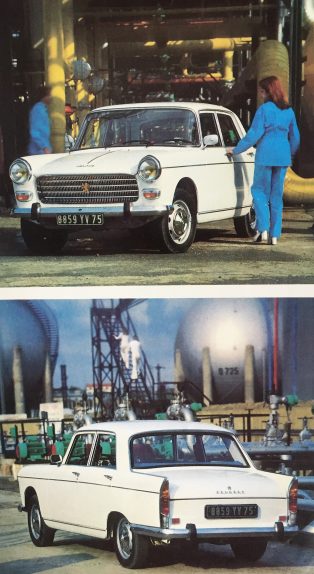 In 1968, Peugeot introduced the 504, another incremental evolution of time-honoured practice, and as before, the seemingly eternal and unchanging 404 continued alongside. European production ceased at Sochaux in 1975, with over 1.8 million built. But licenced production would continue in Africa and South America until 1991, with the pickup still listed for sale until 1988. In all, over 2.8 million 404s of all types were built worldwide, many of them still in active service in some of the most inhospitable terrain imaginable.

Throughout the 20th century no other car which bore the lion of Belfort upon its prow did as much to embed the values which Peugeot came to be lionised for: fine engineering, contemporary style, excellent build quality and superb longevity and durability. Was the 404 the definitive Peugeot? It’s tempting to argue that it was. Certainly no subsequent Sochaux product truly embodied all of its virtues – it’s now unlikely any ever will.

[1]  The diesel powerplant was inclined at 20°.
[2] Some US-spec and late-era South African-assembled versions came with the 504’s powertrain and floor-mounted gear linkage.