Today’s subjects have more in common than just gullwing doors. Both were American brands produced outside of the USA, both attempted to tackle the same market segment, both ended up with a purchase price much higher than initially promised, suffered manifold quality problems and delivered only lukewarm performance; both lasted only three years on the market and were created under a business financing model with at least a whiff of sharp practice, leaving foreign governments eventually holding the bag.

They even almost ended up with similar names: Bricklin named its sportscar “SV-1” (for Safety Vehicle), and the original prototype of the DeLorean was known internally as the “DSV-1” (for DeLorean Safety Vehicle).

Malcolm Bricklin became wealthy by operating a nationwide franchise operation of do-it-yourself stores named Handyman. After this he ventured into the automotive field by becoming the American importer of Subaru in 1968; the Japanese company had only the tiny 360 to offer at the time but Bricklin became interested because it delivered excellent gas mileage and did not require federalizing in the USA because of its sub-1000 pound weight.

The Subaru 360 proved a difficult sell nevertheless. Bricklin later tried to put the 900 unsold cars still in stock to use by opening a franchise of small race courses under the name FasTrack where customers could race the little Subarus, but this also met with little success. Undeterred, Bricklin established the General Vehicle Company in 1971 with the aim of making his own car. 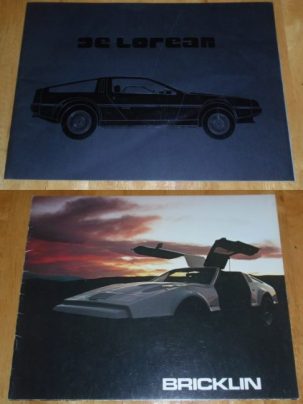 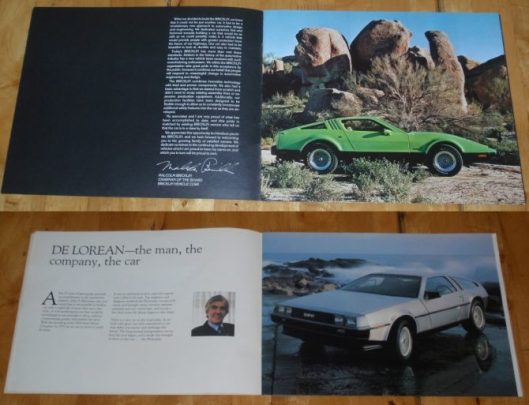 John Z. DeLorean was the charismatic inventor of the Pontiac GTO, driving force behind the Firebird and the one who suggested that the Pontiac Grand Prix should switch from the full-size body to the intermediate size for 1969 which would prove a very astute commercial decision. The youngest General Motors division CEO of all time, DeLorean left GM in 1973 under something of a cloud – and created the DeLorean Motor Company (DMC) a year later.

Smooth talking Bricklin managed to persuade Richard Hatfield, then governor of New Brunswick in Canada to invest millions into a car factory to be, in exchange for an ownership share in the company of 67%, and on the condition that the car would be produced in New Brunswick. At the time, the region suffered high unemployment numbers causing Hatfield (in the process of running for re-election as governor) to go for it; after all, Bricklin predicted sales figures of 10,000 vehicles annually. 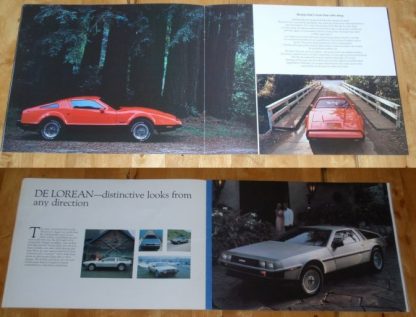 DeLorean initially planned to locate his car factory in Puerto Rico, but changed his mind after the Northern Ireland Development Agency (NIDA) offered him close to £100 million if he would produce his car in Ulster. Here too the prospect of decreasing the high proportion of unemployment was the primary motivation behind NIDA’s backing.

Malcolm Bricklin’s sales angle was safety, hence the name chosen for his vehicle. The bumpers were claimed to be capable of absorbing impacts in excess of the federal safety standards, and the fuel tank was protected by steel partitions. The bodywork was a specially formulated acrylic fiberglass mould with the colour blended into the material.

Even the colour names were chosen accordingly: safety red, safety green, safety suntan, safety white and safety orange. The SV-1 was probably also the first non-smoker’s car. Bricklin perceived smoking while driving as being unsafe because the driver might drop a burning cigarette in his lap, hence there was no ashtray or cigarette lighter.

Originally fitted with an AMC sourced 360 cubic inch V8 that delivered 220 horses, not long after production started this was replaced by a Ford Windsor V8 with a displacement of 351 cubic inches which put out a bit less – 175 horsepower.

Puzzlingly, the Bricklin brochure’s photography, while perfectly fine for the time, shows only exterior views of the SV-1. Only on the last page of the brochure do we get to see the interior; there being no illustrations at all showing the engine, chassis or construction.

The DeLorean catalogue offers the reader more illustrated information (it also has almost twice the amount of pages); there are several views of the cabin, as well as the engine and chassis. There are even two pages dedicated to the factory and production of the DMC-12.

DeLorean’s sales pitch was modernity in styling and engineering. As a former big name at GM he was able to utilise his reputation and network to get Ital Design involved for styling and enlist Lotus Engineering to help engineer and finetune the chassis and suspension. The stainless steel bodypanels (SS304 austenitic stainless steel to be exact) together with Giugiaro’s rakish lines produced a striking looking car.

Both inside and out, the DeLorean, although it benefited also from being a few years younger than the Bricklin, presented itself more convincingly as the product of a professional car maker while the Bricklin’s overall impression gravitated more towards the kit-car spectrum. Unfortunately, the DMC-12 was let down by the engine it was fitted with – the European Douvrin PRV V6, in this guise delivering a rather gutless 130 horsepower.

Both the SV-1 and DMC-12 of course targeted Chevrolet Corvette buyers, as well as other established players such as the Datsun 280ZX and BMW 6-Series. Two major impediments ruined any chances the two newcomers might have had in this segment: their suggested retail price was steadily inflated during development and by the time the cars were put on the market both the Bricklin and the DeLorean had become too expensive for the performance they offered.

The DeLorean for example cost over $25,000; a 280ZX was both faster and cheaper – and for about $5000 more, one was handed the keys to a Porsche 911. The second problem suffered by both were levels of construction quality and finish that varied between just about acceptable and awful. 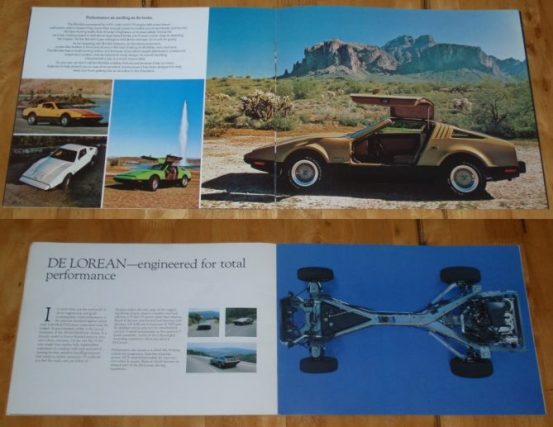 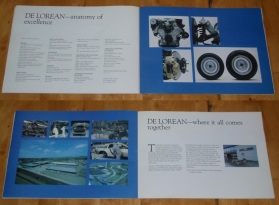 In the end the disappointing sales numbers must have dismayed the investors – one may wonder if Malcolm Bricklin in particular really believed he could sell 10,000 SV-1s per annum – but should really not have come as a surprise. The counter stopped at 2900 cars in New Brunswick and at 8583 (officially, the actual figure is believed to be less than that) in Belfast.

The General Vehicle Company was declared bankrupt in 1976, almost $(US) 40 million in debt, for which the state of New Burnswick had to take 67% of the burden. Malcolm Bricklin continued to operate in the automotive field, founding International Automobile Importers (IAI) in 1982 and importing the Fiat X1/9 and Fiat Spider 2000- renaming them Bertone and Pininfarina Azzura respectively.

Thereafter he brought the infamous Yugo to the United States, and his most recent activity has been trying to import the Chinese Chery range of cars in the USA and Canada; this ultimately failed for complex reasons that are beyond the scope of this article. Malcolm Bricklin is still with us at the time of writing.

For the Bricklin SV-1 two different promotional brochures were issued; one is a large foldout poster that is only printed on one side and shows only a front view of a safety green SV-1 with opened gullwing doors. The other is the brochure shown on these pages which offers rather more information both visually and text-wise.

DeLorean issued a small folder and the more elaborate brochure as shown here – the far more common folder has some of the same photographs but the black-covered catalogue is of course the one to have. Because the DeLorean is infinitely better known (and likely also more cherished) than the Bricklin, its brochures command higher prices – although if you exercise a bit of patience while looking online neither of these should break the bank.

The DeLorean story is covered in more detail here.

17 thoughts on “Winging It”