The car-hire tombola springs a surprise.

For reasons that will be obvious to all, Driven to Write’s generous travel and entertainment budget has been conspicuously underspent over the past two years. Fearing that the suits on the sixteenth floor of DTW Towers might repurpose it for even more lavish fixtures and fittings to garnish their executive office suites, or that a certain DTW colleague(1) might run amok restocking the sherry cellar, I managed to persuade our esteemed editor to sign off(2) on an overseas assignment involving an extended road test of an as yet unspecified rental car.

So, bags packed, my partner and I headed off to Tenerife, excited to see what the car-hire wheel-of-fortune held in store for us. Two years ago, on our last visit to the island, a Citroën C-Élysée was our prize. The editor had stipulated that it must again be something from the Group-A value end of the spectrum, and from the cheapest car-hire company I could find(3), so I settled on Cicar, a Canary Islands local company that seemed to be the lowest priced on-airport(4) operator.

And so to the car, which turned out not to be a car at all, but a diesel-engined van, specifically, an Opel Combo van with twin rear sliding passenger doors and windows all round, which is styled as the Combo Life MPV. The nice gentleman at the Cicar desk told me that I was the fortunate recipient of an upgrade and, after a long flight and running the gauntlet of a somewhat chaotic scrum for passport control and Covid checks, I would have been grateful for anything with four wheels (as long as it wasn’t another Polo, the overly familiar default option).

First, some background to the Combo Life. When PSA took over General Motors’ European operations in March 2017, it prioritised the early discontinuation of models based on GM platforms and drivetrains, to eliminate the licensing fees on such models that were payable to GM as a condition of the sale. One such model was the 2011 Zafira Tourer, an MPV based on the Astra. PSA was in the final stages of development of its third-generation Citroën Berlingo and Peugeot Partner / Rifter small van / people carrier and it was a simple operation to redesign the front end of the new model to turn it into a superficially plausible Opel / Vauxhall product(5).

Launched at the Geneva Motor Show in March 2018, the new model was available in two different wheelbases and overall lengths, 2,780 and 2,970mm (109½” and 117”) and 4,400 and 4,750mm (173¼” and 187”) respectively. The longer wheelbase model could be fitted with an optional third row of seats, making it a seven-seat MPV replacement for the Zafira, in functional if not stylistic terms. While undoubtedly  van-like in appearance, it is actually based on PSA’s ubiquitous EMP2 platform that has underpinned a wide range of Peugeot and Citroën passenger cars and crossovers since its launch in 2013. 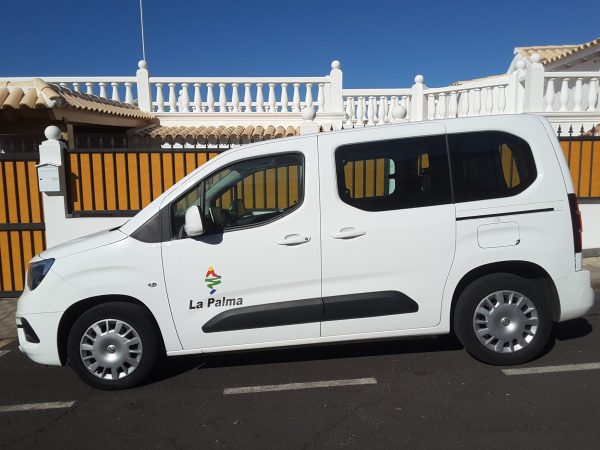 We located ‘our’ Combo Life in the car park and first impressions were positive in the evening twilight. Nobody would ever accuse it of being pretty, but it was nearly new and in near-pristine condition. It looked rather smart, with gleaming white paintwork and contrasting dark tinted glass. Even though it was the SWB five-seat version, it was rather bigger than I had imagined. The sliding rear passenger doors opened to reveal a low, flat floor and masses of head and leg room for the rear seats.

One oddity was that, rather than being fitted with the top-hinged tailgate that seems to feature in all advertising for the Combo Life, our example instead had double side-hinged van doors. These were asymmetric, with the larger door correctly positioned for LHD markets on the left-hand side(6). The boot was enormous. Even loaded just to window level, if could have taken our two cases three times over. The claimed boot space up to the parcel shelf is 597 litres.  The (already quite scuffed) painted top surface to the bumper would certainly benefit from some form of protective covering.

I took my place behind the wheel. The driving position is, as might be expected, pretty van-like, with a high-set steering wheel, pedals and gear lever. The low floor came as a surprise when I reached down to release the handbrake: it was a long way down to the floor and the low-set cupholders. The gear lever sprouts from a bulge in the centre of the dashboard. The action was rather rubbery and imprecise, apparently a consequence of its cable-linkage.

Predictably, you are surrounded with hard, hollow plastic mouldings without a soft-touch surface in sight, but really, who cares in this sort of vehicle? There was the now obligatory ‘floating’ touch screen mounted high in the centre of the dashboard. Being almost entirely unfamiliar with these evil, distracting devices, I won’t attempt to comment on its functionality, other to say than it came with Bluetooth and Android Auto, but not Apple CarPlay.  Happily, the heating and air-conditioning is still controlled by physical buttons and dials below the screen.

There was an extraordinary number and variety of storage compartments for the accumulation of junk. I gave up counting upon reaching double figures. Most useful was one with a lift-up cover directly in front of the driver, above the instrument display. Annoyingly, anything metallic (e.g. coins or keys) placed in it rattled around loudly for want of a non-slip mat inside, a production-line fit that would have cost a few cents.

We joined the island’s spinal TF-1 motorway, heading west. I was pleasantly surprised by how subdued both wind and road noise were, even at the 120km/h (74mph) speed limit. It was by no means whisper-quiet and was probably flattered by the ultra smooth road surface, but impressive nevertheless for a big box-like profile with a cavernous interior. Even with just the two of us and our luggage aboard , the 1.5-litre, 99bhp (74kW) diesel engine had to be worked hard and required frequent gear changes to cope with the road’s continual changes in inclination. For anyone intending to carry a full complement of passengers and luggage, the more powerful 128bhp (95kW) version, which comes with a six rather than five-speed gearbox, would be money well spent.

The engine was willing enough up to around 4,000rpm but became rather harsh thereafter. Bizarrely, the rev-counter is red-lined from 6,500 rpm. I can only assume that applies to the petrol-engined variants because one would need to be a maniac to push the diesel that far. Opel claims a 0 to 100km/h (62mph) time of 12.5 seconds, but that seems pretty optimistic to me. 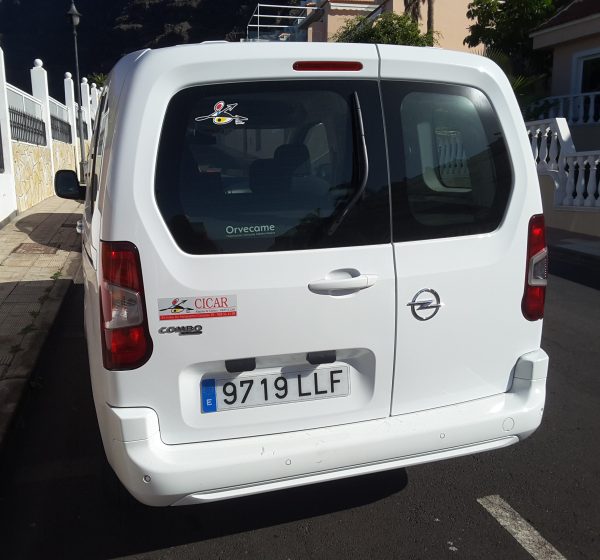 The seats proved to be comfortable and supportive, although the upholstery had an oily synthetic feel, doubtless chosen for its durability and stain-resistance rather than appearance. The floor is covered with black carpeting that has the texture of Velcro, a poor choice and likely to prove impossible to keep clean. Rubber matting would seem to be more in keeping with the utilitarian nature of the Combo, but was probably a step too far for the marketing types to countenance.

There was much to like about the Combo Life, but don’t expect much in the way of driver engagement. The soft ride, light but feel-free steering makes it a pleasant cruiser at moderate speeds, but something of a handful on Tenerife’s twisty mountainous secondary roads.  The underpowered diesel engine adds to the chore, but that will soon be consigned to history: earlier this month (January 2022) Stellantis announced that it was discontinuing production of internal combustion engined versions of its Citroën, Peugeot, Opel and Vauxhall passenger vans. In future, they will be EV only.

Is the Combo Life in any way, shape or form an Opel or Vauxhall? Certainly not.  From thirty metres, it is recognisably a Peugeot and that impression does not change on closer acquaintance.  Unlike the latest Corsa and Astra(7), which have been given a distinctive post-GM style of their own, the Combo Life is pure Peugeot / Citroën in design and execution. That doesn’t make it a bad vehicle, merely an inauthentic(8) one. Giving Stellantis the benefit of the doubt, one hopes it is merely an expedient stop-gap solution until a proper brand strategy is implemented.

That said, the Combo Life has many practical virtues and as such feels resoundingly French rather than German in character. If I needed such a vehicle, I would choose the Citroën Berlingo version in preference even to the Peugeot, simply because it has a more interesting visage.

(2) It was at DTW’s New Year’s Eve party, and drink might have played a part in the editor’s uncharacteristic largesse.

(4) There are others that are even cheaper, but they require you to call for a minibus to pick you up and take you to an off-airport lot, which is all a bit of a faff.

(5) The Opel / Vauxhall version was actually co-developed with PSA long before the takeover, under an agreement made in 2012 to replace the re-badged Fiat / Tofas Doblò.

(6) But are, annoyingly, not reversed for RHD markets.

(7) More so the Astra, with its distinctive Visor front end design. It is a racing certainty that the Corsa will receive this when it is facelifted.

37 thoughts on “Lost in Space, Lost in Translation.”