In his biography My World of Cars, Donald Healey recalled a meeting with Sir Donald Stokes in the first few weeks of British Leyland’s existence:

“I was summoned to Donald Stokes’s office at the Standard works in Coventry, he told me he was going to discontinue MG, together with the payment of royalties to the names associated with what were BLMC cars. This included John Cooper and myself, together with Harry Weslake, and John Thornley (MG General Manager) too, was eventually to be retired. He explained that he didn’t need the help of all of us people to produce a sports car, as his Leyland people were fully capable of doing so themselves. 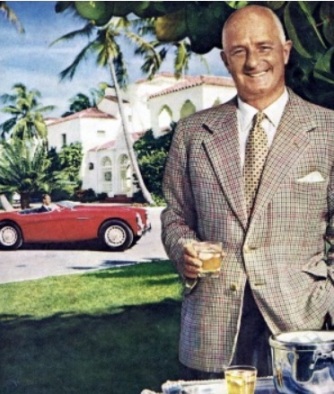 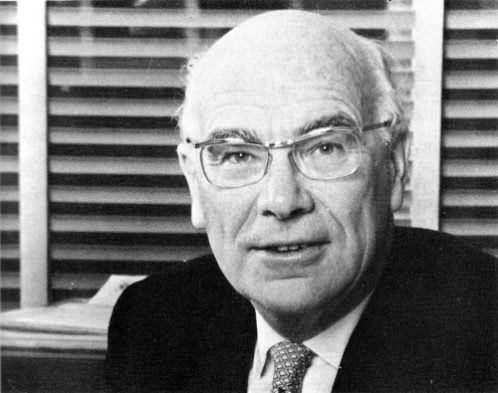 It’s a snapshot of Stokes’ capricious mindset, still hubristic at accomplishing what looked like the British automobile industry’s coup of the century. In passenger car terms, it really did seem that Standard-Triumph had achieved a reverse takeover of BMC, Jaguar and Pressed Steel. Stokes was at least pragmatic; he would soon recognise that, despite chronic underinvestment, the MG brand was too powerful a profit engine to be abandoned in favour of Triumph.

Donald Healey would have been in his late sixties at the time of the fateful meeting. His standing was still high on both sides of the Atlantic, and his worldly work was far from done. The event is not reported with any rancour; the Austin-Healey venture had served both BMC and DHMC well and had provided Healey with royalty payments for far longer, and in greater numbers than the charismatic Cornishman ever expected.

The biography was published in 1989, the year after Donald Healey died, but long before, he may have taken some amusement that the Plymouth-born truck and bus super-salesman went on to be widely reviled as the figurehead of an industrial disaster which had brought shame on the nation.

The cessation of royalties would come to pass. BMC’s commonplace practice in the Len Lord era was to pay external consultants and contractors per unit royalties, rather than a lump sum fee. In the long term this had proved far more costly, but only because the royalty payee’s designs had usually been produced in far larger numbers than anticipated when they were commissioned.

Time had been called on Austin-Healey, but the Spridget continued to fight its corner. From 1969 to 1971 the ageing former BMC range – with a few exceptions – was dragged into the new decade with a common facelift theme: bright paint and interior trim colours, elimination of superfluous brightwork, new badging typefaces, and sculptured steel wheels or embellishers.

The authors of the new face of Austin, Morris and MG were not, in the main, Leyland people but ex-Ford managers, engineers, and designers hired expensively by BMC towards the end of the Harriman era. They knew the value of having something new to show, but in most cases cost-cutting was clearly evident.

The October 1969 Sprite and Midget facelift had the official designations H-AN10 and G-AN5. but retained their Mark 4 and Mark 3 status. The changes were largely cosmetic: a matt black grille for both marques, black sills with a horizontal chrome divider strip and low-level SPRITE or MIDGET badges, rear quarter bumpers and Rubery Owen Rostyle steel wheels in a design unique to the Spridget.

The Midget lost its chrome side and bonnet embellishment. The interior trim was updated, with ICI-developed embossed knit-backed expanded vinyl taking the place of stitched leathercloth[a]. The facelift ended the differentiation between the Austin-Healey and MG. Marque identification was reduced to badges alone, and the nominal price difference between the Sprite and Midget ended.

Donald Stokes had at least served fair warning on Austin-Healey. The last 3000 was completed in Abingdon on 21 December 1967, three weeks before the formation of British Leyland, and just over three months after Leonard Lord’s death[b].

The Sprite was on its own, and sales in the USA ended in September 1969. The Healey royalty arrangement came to an end in January 1971. After this, the Austin dealer network was supplied with Sprites divested of the Healey name. This arrangement only lasted until July 1971, with a total of 1022 Austin Sprites produced.

Now sui generis, the Midget received a further set of mainly practical and safety-related improvements in January 1972, with a collapsible steering column, rocker switches for minor controls, a larger fuel tank, and ‘four spoke’ Rostyle wheels in place of the Spridget-specific type which first appeared in 1969.

A more surprising change was the re-introduction of rounded rear wheel arches, in place of the flat-topped arches first seen in 1961.

The start of 1972 is a good time to take stock of where the Midget stood. Nearly fourteen years had passed since the arrival of the Frogeye, and ten and a half since the New Midget was launched. The cheaply developed little cars had enjoyed a charmed life, mainly through steady demand from the west coast of the USA, which was sufficient to justify continued production, but never lucrative enough to fund a replacement.

For most of its life, the Spridget had only one competitor, the younger, more ‘conventionally attractive’, comfortable and convenient Triumph Spitfire; industrial consolidation did nothing to end the rivalry, but the Canley car was beginning to edge ahead in sales numbers.

The British cars’ only serious rival was the rear-engined Fiat 850 Spider which arrived in 1965 and was aggressively priced in the USA. By 1972 it was on the off-ramp. The 850 berlina had been discontinued, and Fiat had their far more ambitious mid-engined X1/9 waiting in the wings.

For the MG Midget at least, the once-feared Japanese threat had evaporated. The 1965 Honda S800[c], close in size to the Spridget, was never officially sold in the USA, and production ended in 1970, when the company, having demonstrated their technological prowess, chose to advance their four wheeled ambitions in the mainstream saloon, and eventually hatchback sectors. Nissan’s 1960s Fairlady roadster (Datsun Sports 1600/2000) was closer in size to the MGB and had a strong following in the USA. In 1969, its manufacturer moved decisively upmarket with the Z-series and was rewarded with phenomenal success.

Back in the West Midlands, in 1970 BLMC’s management instigated the plan for their Corporate Sports Car, a conventionally engineered front engine, rear wheel drive platform to be shared by MG and Triumph, which would, during the mid-1970s, replace every non-Jaguar BLMC sports car. The sprawling British conglomerate had no choice, as their hands were tied by unprecedentedly stringent impending US emissions and crash safety legislation, and the need to rationalise their fragmented production infrastructure.

What did this mean for the Midget? Effectively it was placed in free fall, with no direct replacement planned, but remaining in production for as long as it could be made to comply with US Federal regulations, or until demand collapsed.

[a] Actually a vinyl-coated fabric, with a grained finish to imitate leather.

[b] Sir Leonard Lord retired from his post as Chairman and Chief Executive of BMC in November 1961, and was given the largely ceremonial title of Vice-President, rising to President following the death of Lord Nuffield in August 1963.  In May 1962, Len became an actual Lord, ennobled as Baron Lambury, of Northfield in the County of Warwick. He died on 16 September 1967 at the age of 70.

On Leonard Lord’s retirement, his long-time assistant George Harriman took over as Chairman and Chief Executive of BMC. That didn’t go entirely well…

[c] The Honda S800, close in size to the Spridget, was a tiny treasure-chest of technical delights. It featured torsion bar front suspension and a coil sprung live axle at the rear, and its crowning glory was a high-revving all-alloy twin cam four-cylinder engine with two twin-choke Keihin carburettors, which delivered 70-75bhp from only 797cc. Top speed was 95mph, and 0-60 and standing quarter mile acceleration figures bettered those of the MGB.

The little Honda seems to have impressed and alarmed both Healey’s and MG’s engineers. In 1967 DHMC obtained an S800, then benchmarked it against an experimental Super Sprite, a standard production car fitted with highly tuned A series engines in various specifications, all developed by Eddie Maher at the Courthouse Green works. MG set up an experimental code for a “Competition and fuel-injection Midget” in 1967, but there are no records of the outcome.

Had Honda sold the S800 in the USA, and other Japanese manufacturers followed, the Spridget’s charmed life might have ended far sooner.